I absolutely love Lacock, as visiting the village feels like visiting a film set and it really takes you back to Pride and Prejudice (1995). On our last visit, the Lacock Abbey cloisters were closed for filming a Netflix series, so we missed seeing those, and this time we were lucky enough to have a peek. 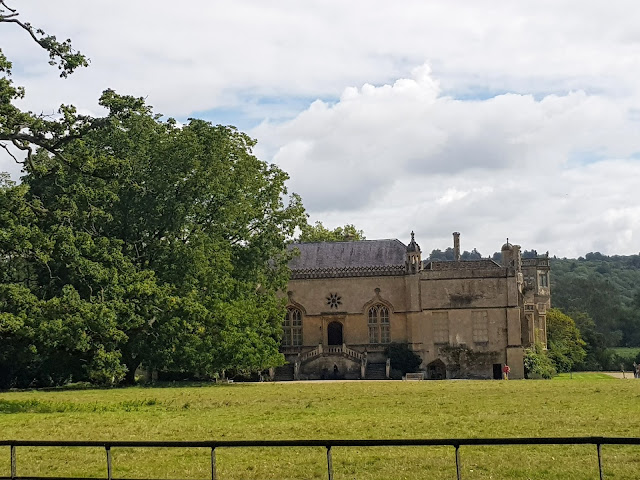 Lacock Abbey (now a National Trust property) was founded in 1229, and its vaulted rooms were used as a nunnery of the Augustinian order.

The gardens are lovely to walk around and picnic in. 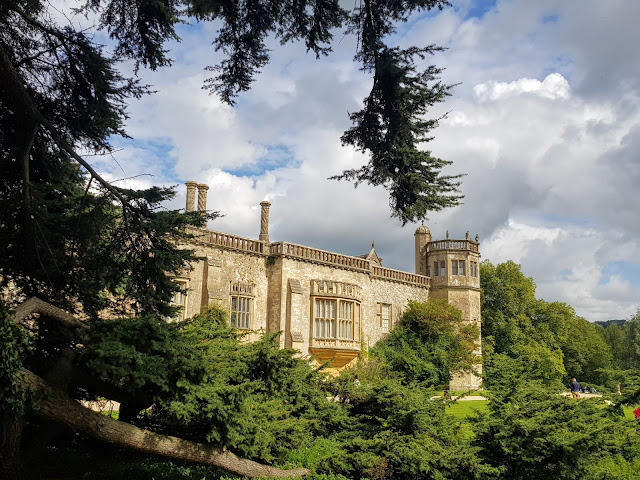 We have previously visited the manor house, which was built over the old cloisters in the 16th century. The house later became the home of William Henry Fox Talbot, who created the earliest camera negative. 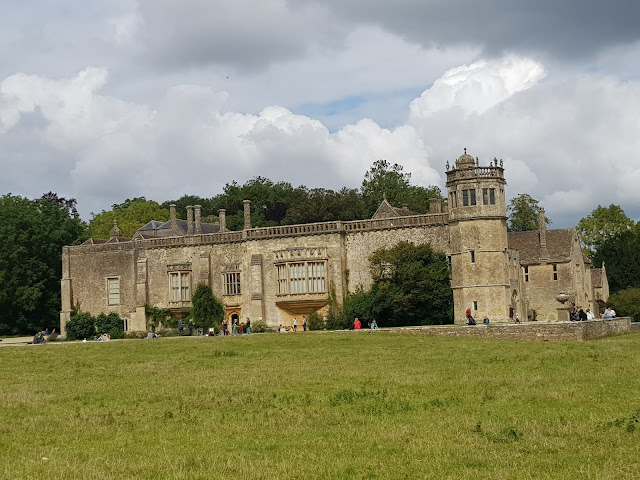 The house is currently closed, but the gardens and cloister are really worth a visit... and I shall tell you why! 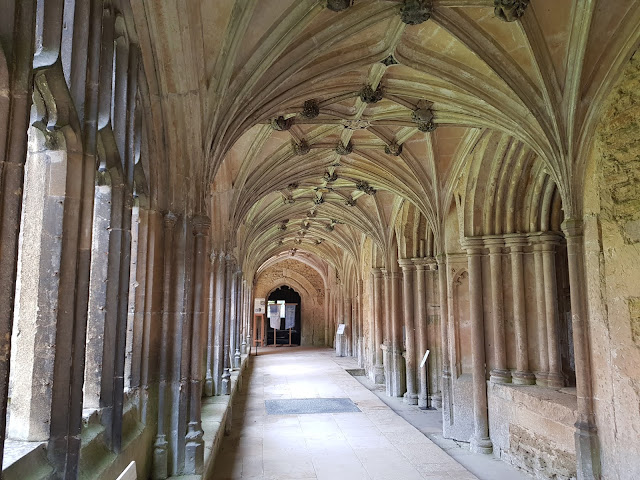 Of course, the medieval cloister (above) downstairs is more famously known as Hogwarts school in Harry Potter, but as that is not exactly my genre, the cloister is far more familiar to me from Pride and Prejudice. This is where the flashback scene of Mr Darcy at Cambridge University was filmed and where we learn more about Mr Wickham's character and Mr Darcy's relationship with Mr Wickham.

Colin Firth is filmed walking down the corridor, until he enters a room where he finds Mr Wickham "misbehaving" with a girl! 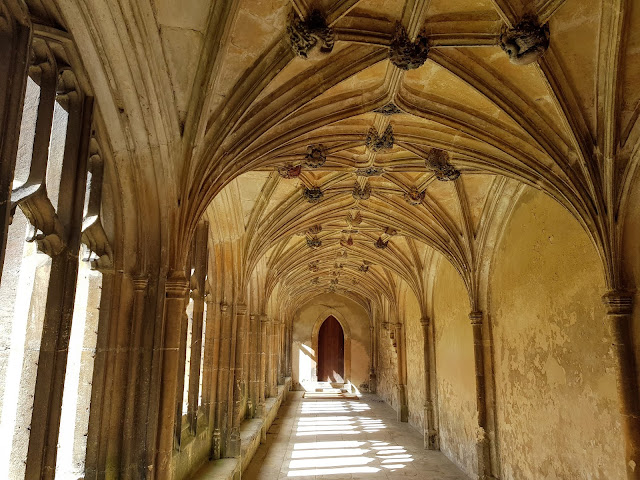 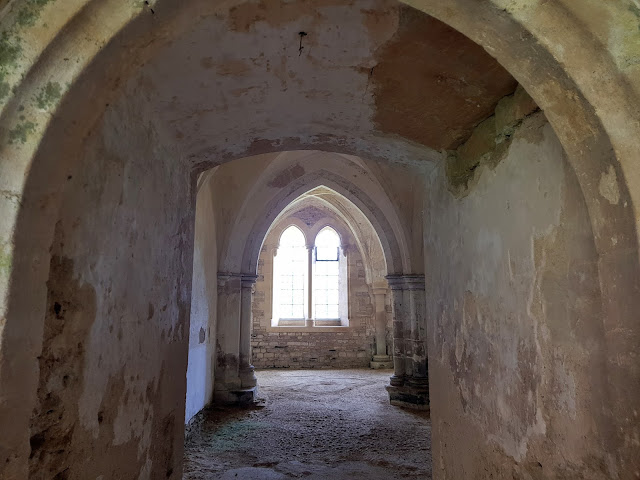 Also, the Lacock Abbey stables (below) were used as the exterior of the coaching inn where Lydia and Kitty meet their sisters when they return from London. Lydia throws open a window and waves at her sisters, and later inside the inn (shot elsewhere) they gossip about men and hats. 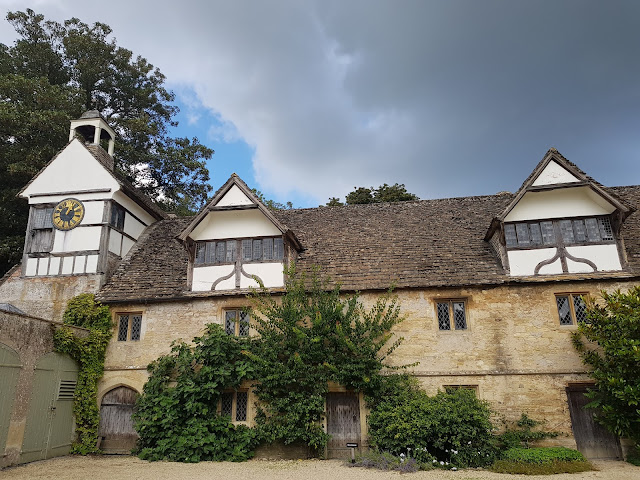 As always, I thoroughly enjoyed visiting another Jane Austen film location - do have a look at my previous blog from Lacock for a tour around Lacock village.