A few weeks ago as I was driving past Steventon on the way back from work, I decided to make a diversion to pay my respects to Jane Austen at her birthplace. 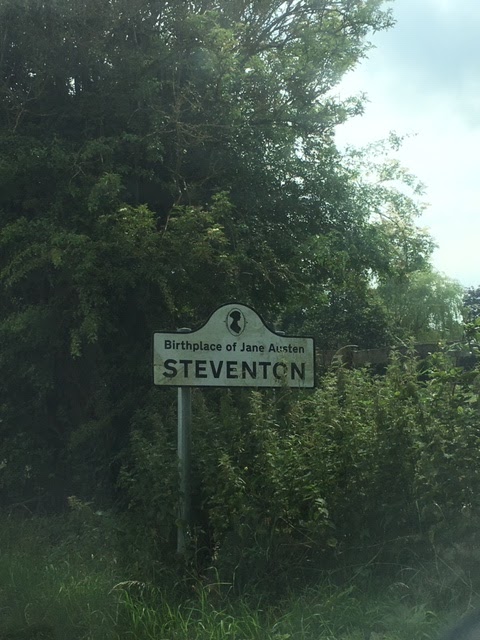 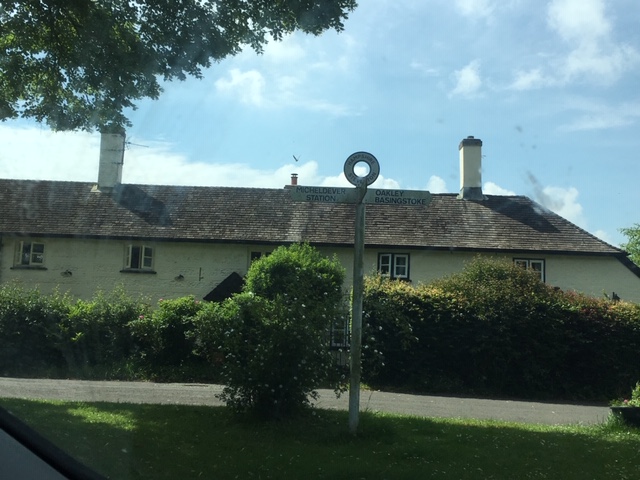 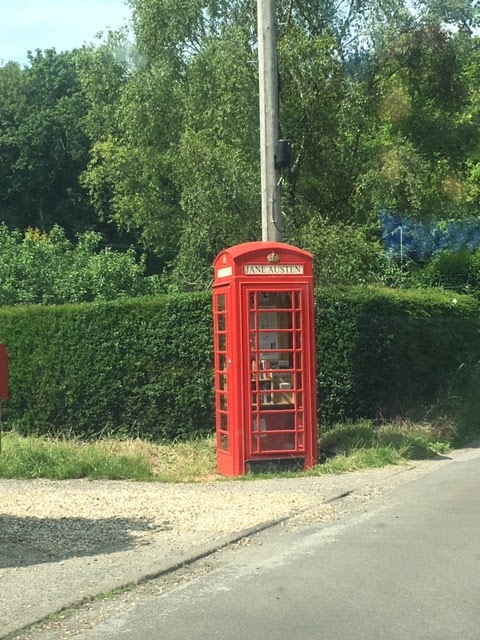 I last visited Steventon in the winter when the roads were slippery with sleet, and there was an eerie mist about the village. What a different world it was this time around as Steventon was at its greenest, with lush high hedgerows and green arches of foliage sheltering the roads that lead up to Steventon Church. 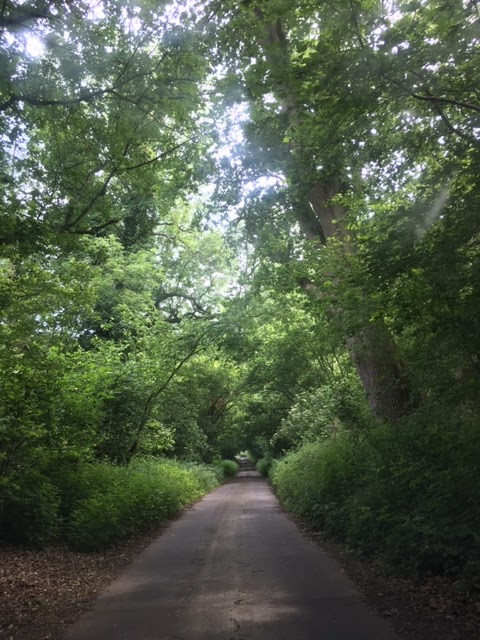 This time, I had the opportunity to enter the church where Jane Austen's father, George, preached.I last visited the church a few years ago, but my photos from inside the church were disappointing so I decided to go inside to to try and get some better shots. 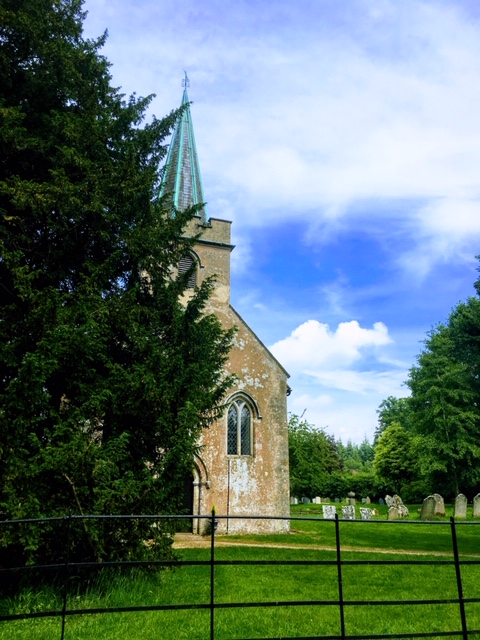 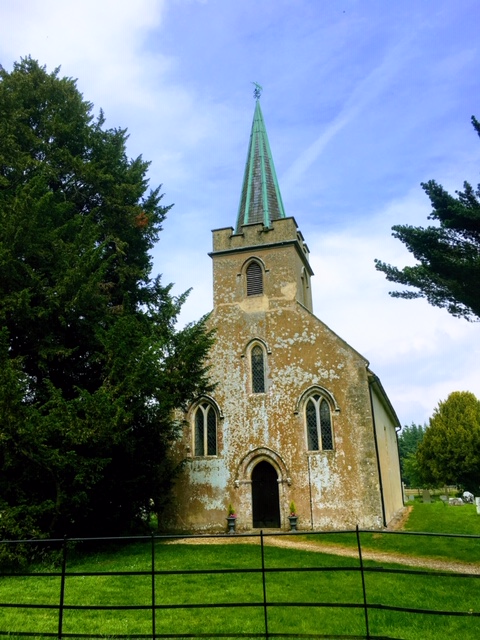 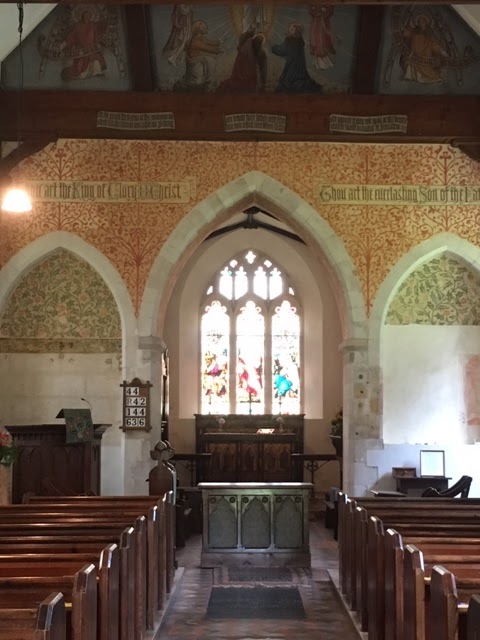 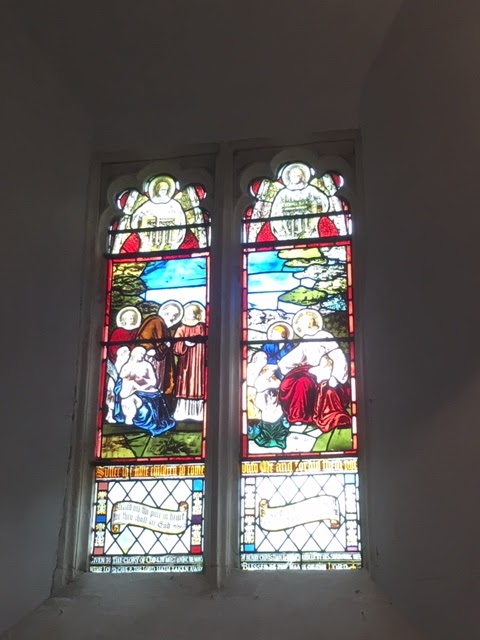 There were some memorial plaques for Jane Austen and her family members. Her brother, James, followed George Austen as Rector here and there is also a plaque for his wives, Anne and Mary, and their graves can also be found in the graveyard. William Knight, Jane Austen's nephew, is also well represented here. 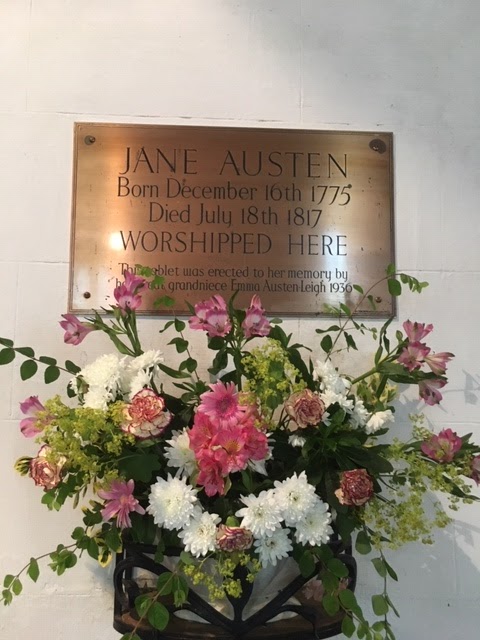 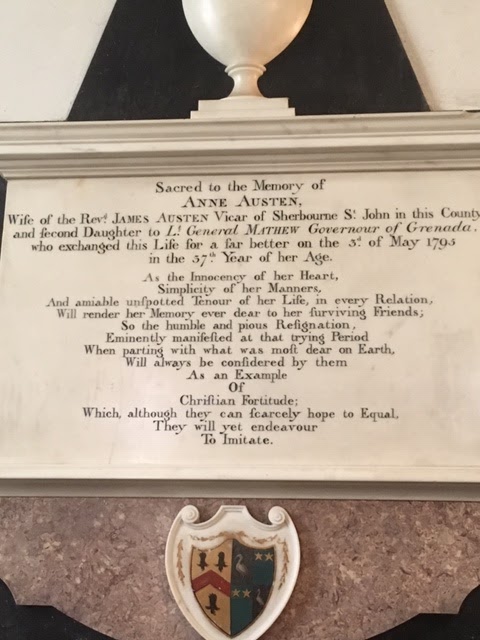 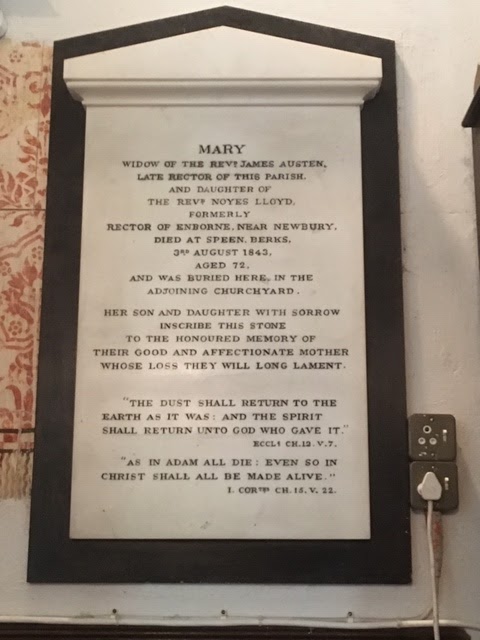 There are also memorials to the Digweed family who were tenants on the estate, living in the manor house, and very close friends of the Austens. 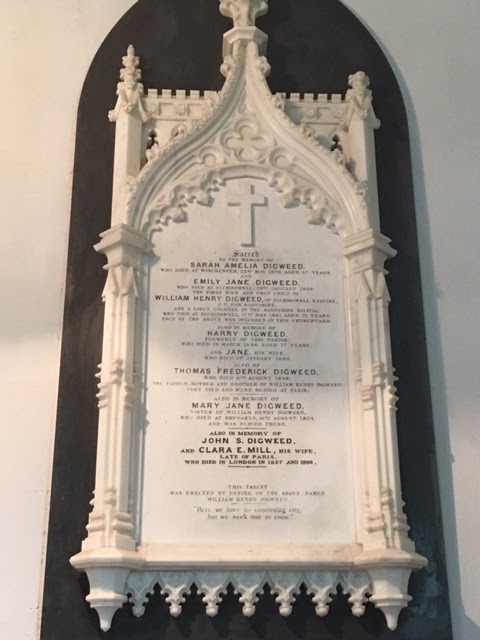 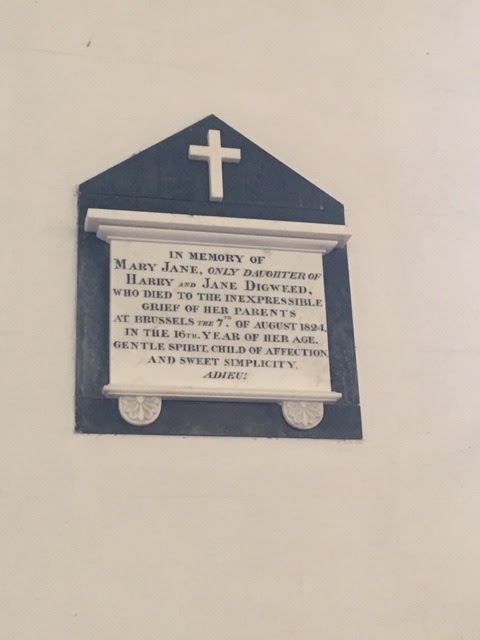 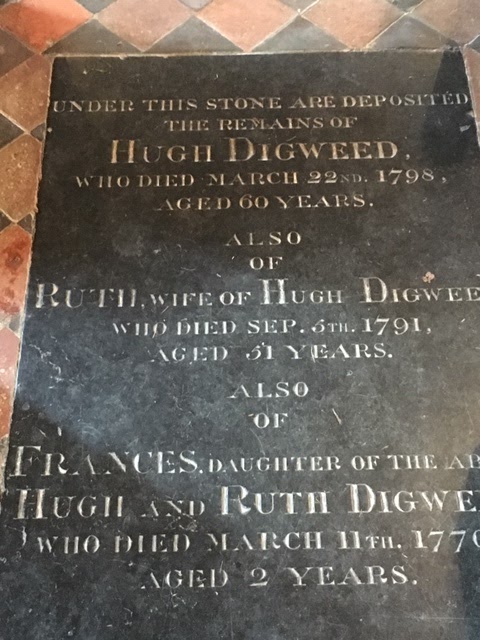 Some of these made me feel sad.

It is wonderful to see some little touches to Jane Austen inside the church, such as these cute pew cushions and a print of her prayer. 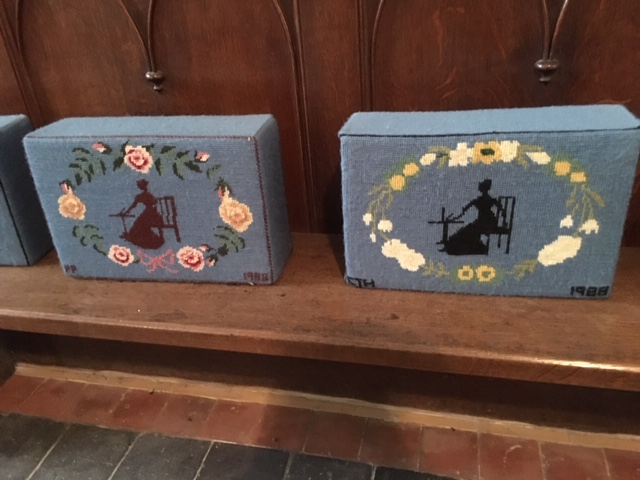 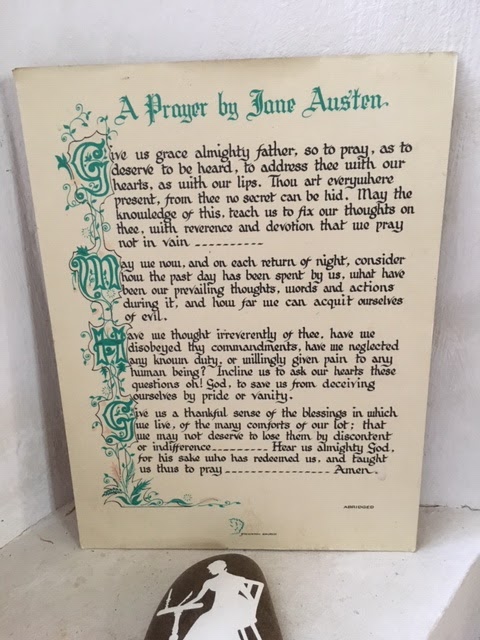 I understand that most of the interior of the church is unaltered since Jane worshipped here, but the wall murals date back to the Victorian era. 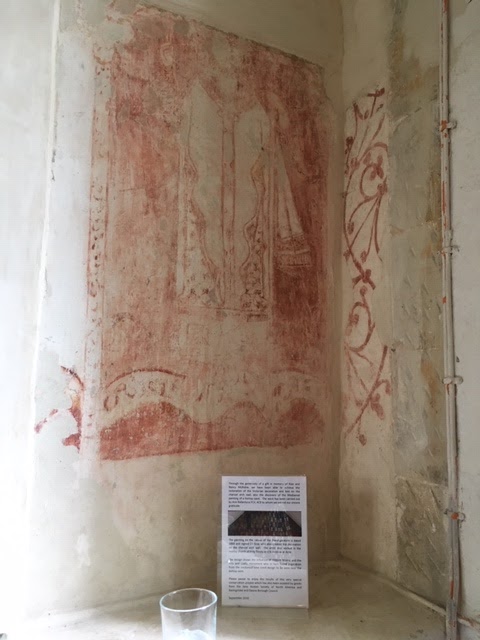 James and Mary Austen's gravestones in the churchyard. 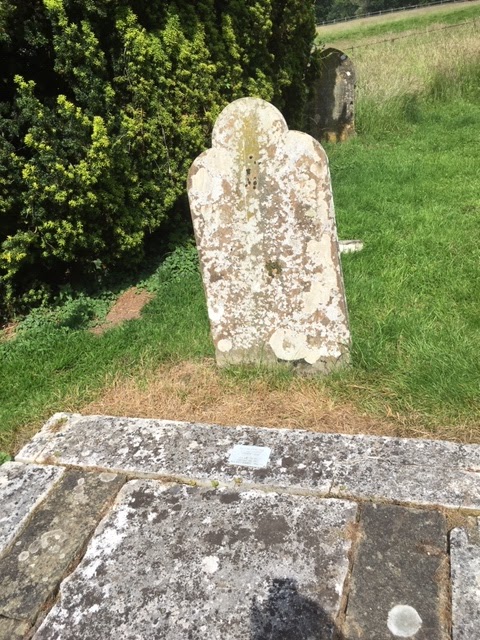 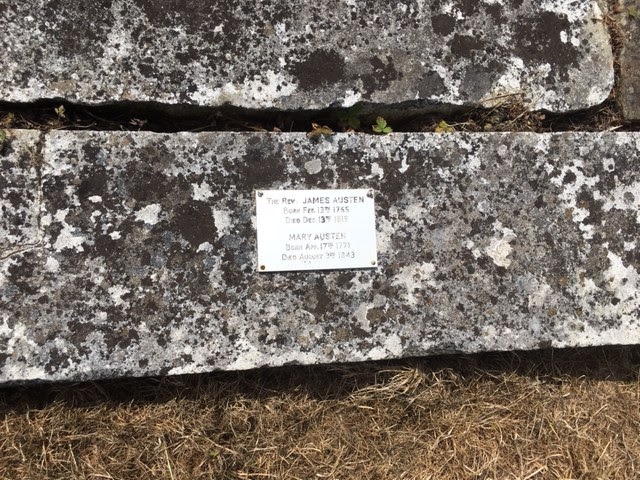 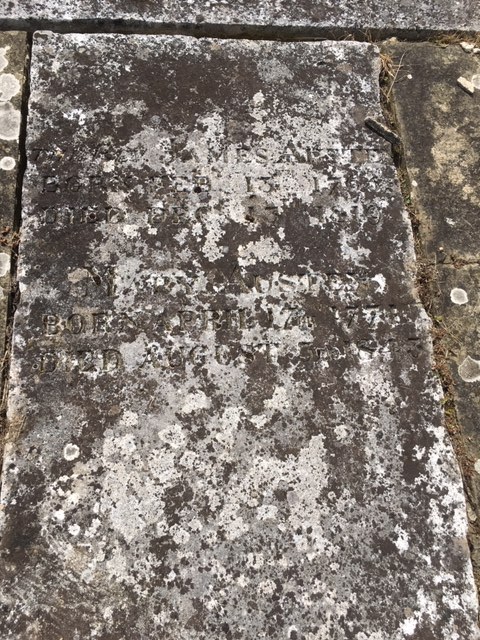 Whenever I see an old gravestone covered in moss, it makes me feel somewhat downhearted, and I felt like scraping the moss off to reveal the names better and give the Austens their due respect. Steventon is, after all, the birthplace of the Austens who are the most notable family in the entire district of Basingstoke.