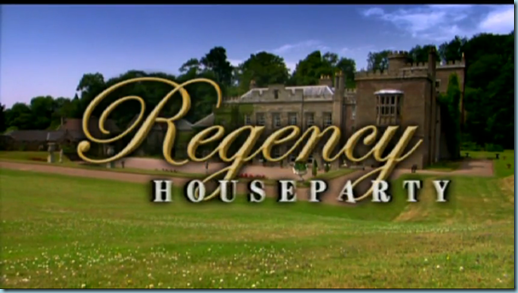 I have just finished watching the Regency House Party. The 4-part series was broadcast on Channel 4 in 2004, and is available to watch on You Tube in 36 parts.

The Regency House Party is a reality TV show, bringing together five gentlemen from the modern world and five ladies with their chaperones to spend a summer (9 weeks) is a Regency country house.  Brought back to the year 1811, the idea is to pair off the amiable bachelors with their beautiful counterparts, with match-making efforts made by the ladies’ chaperones. 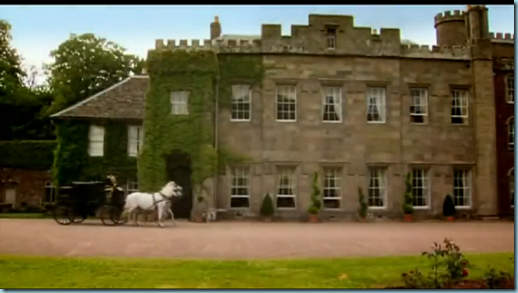 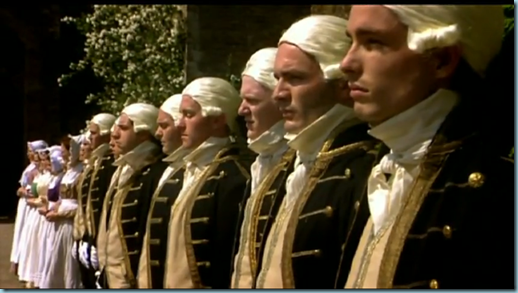 The Regency House Party is a very well-designed production with plenty of period detail down to chamber pots and a Regency-style shower. The costumes are fantastic, some of which have been recycled from earlier period dramas. The men in the show, in particular, look stunning in their long coats, breeches, cravats and top hats. The country house, Kentchurch Court, which is located in Herefordshire, has been decorated in 19th Century style and really brings the Regency period into life. Miss Braund and her chaperone inspecting their bedroom. Guests at dinner - the highlight of the Regency day. 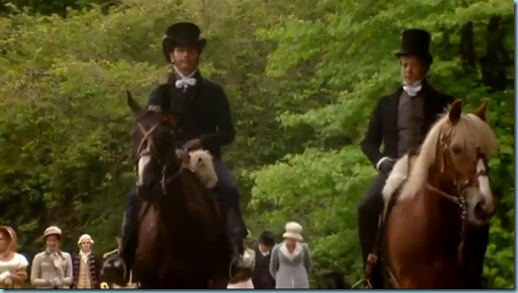 The highest-ranking gentlemen leading the way to church.

We follow the ladies and gentlemen, as they get used to living according to the Regency decorum and etiquette, with various degrees of success.  The series shows that life was fun-filled for the idle gentlemen, who get to drink all day long, take snuff, splay sports etc. while the women are obliged to sit indoors with their books and needlework. 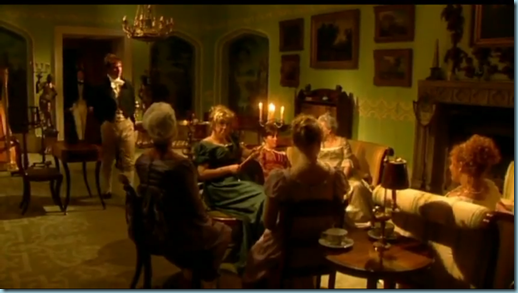 Ladies feeling bored while the men are allowed to play. 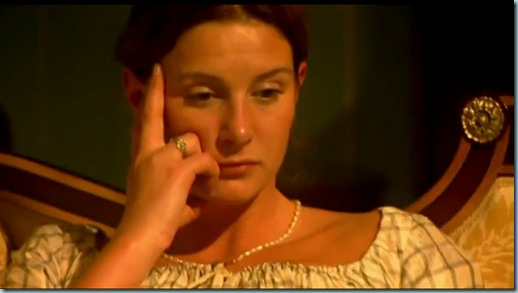 Miss Hopkins struggling to come to terms with her Regency identity.

Initially, the women struggle living within the confines of the Regency etiquette and throw fits at their chaperones, finding the environment oppressive. Perhaps, it would be difficult for a modern woman to lead a Regency life for as long as 2 months; few of us are as ‘accomplished’ as the Regency ladies, who could easily switch between needlework, French and Italian literature and playing the harp. Personally, I would love to have some time out to attend an experiment like this. Instead of sitting around and moaning, I could imagine spending my time perfecting my skills at the piano, writing or painting, not having enough time to hone my skills given the hectic modern struggle of work/life balance. 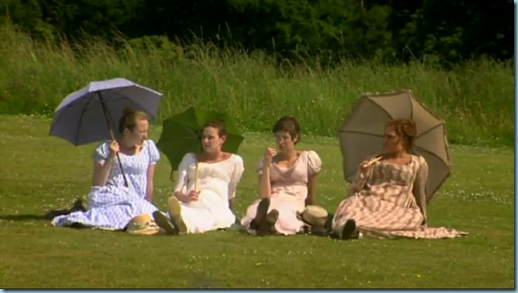 The ladies and men have been assigned particular roles, matching their real-life personas to roles they might have had within the Regency society. The casting has been carefully done and most of the people seem very well suited to their roles, coming from privileged backgrounds themselves, with posh accents to match. A real-life industrial heiress, Victoria Hopkins, plays a newly rich heiress Miss Hopkins. Countess Griaznov is a countess in real life, with limited powers. One the other hand, the musician, James Carrington, has the role of a Regency charmer, with plenty of sex appeal and little money. 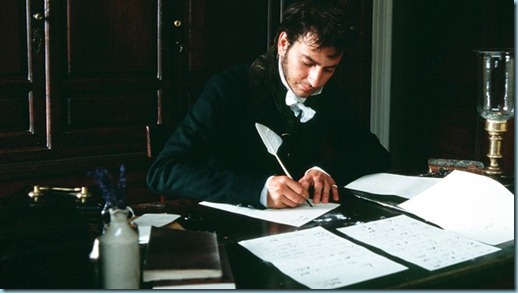 The men are certainly very well adjusted to their roles from the very beginning of the show (apart from a hairdresser turned army officer who leaves early). The Mr Darcy of the show, Mr Gorell Barnes, is a very good host, and so like Mr Darcy in his manners that he rarely smiles or shows emotion. Captain Glover is a charming Regency gentleman, with manners and personality to boost.  The handsome Mr Carrington with his dimples makes a great Wickham/Willoughby, with plenty of charm but few prospects on his side. 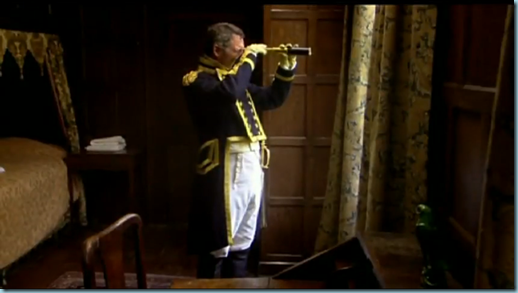 Captain Glover in his naval uniform.

I found Miss Hopkins quite crass for a Regency lady, but incidentally she turns out to be very popular with the men who are obviously used to strong-minded, independent modern ladies.  Some of the personalities in the show can be quite annoying, and they have probably been cast on purpose to bring out some drama in the show.

The series does have its moments; seeing the men in breeches ride their horses, bombing French miniature ships to celebrate the victory against Napoleon’s army, Captain Glover making a life-size ‘be happy’ sign of hay and flower petals as a love token to Miss Braund, the ladies wondering whether Mr Everett is ‘good in the sack’ as he participates in a sack-race… 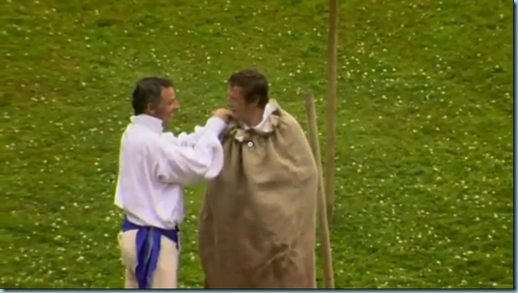 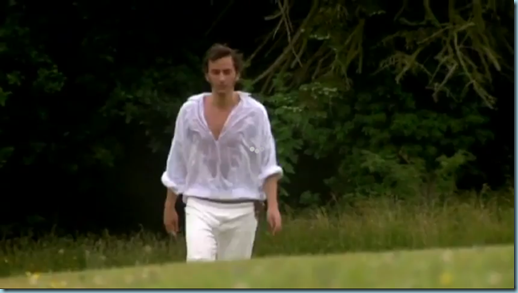 The series does have its flaws, with some factual mistakes here and there, but is certainly fun to watch. I would love to enter an experiment like this, but perhaps attending the Jane Austen Festival would be more realistic to start with. Would you like to go on a show like this?

Have you seen the Regency House Party and did you enjoy it?

To watch the series on You Tube, click here.

To read an interview of Mark Foxsmith and Lady Devenport on their experiences at the Regency House, click here.