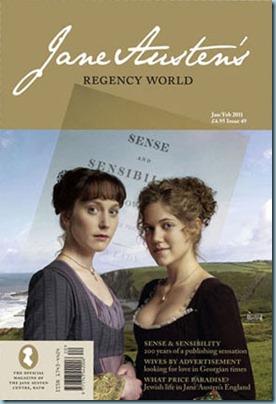 I’ve done it - I’ve become a proud subscriber of Regency World – a magazine produced by the Jane Austen Centre in Bath. I’ve been wanting to read this magazine for a long time now, and I’ve finally managed to get my act together and make an annual subscription. Now I can stay up-to-date with happenings in the world of Jane Austen.

Can’t wait to get my hands on my first issue!

Do any of you read the magazine and if so, would you recommend it?

Left Speechless by the King’s Speech 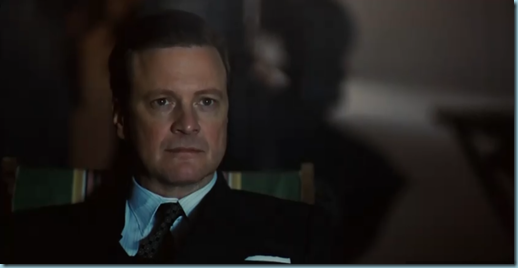 At the weekend, I finally had the chance to see the long-awaited King’s Speech. Many blogs have been paying tribute to Colin Firth’s performance as King George VIth and, needless to say, having seen the film, I too feel that the Golden Globes and the Oscars were well deserved.

For a man who will always be remembered as Mr Darcy from Pride and Prejudice (1995) – and who will probably always remain my favourite version of Mr Darcy – Colin Firth fails to disappoint in each role that he undertakes, and this is one of his most powerful performances to date. 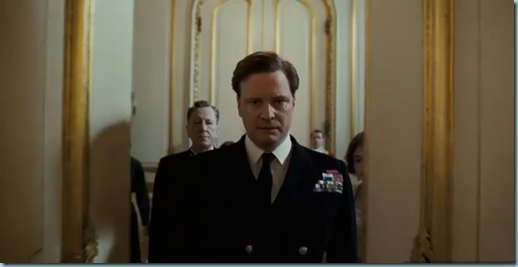 Seeing the film triggered off some intense discussions on monarchy between us. Although I am hardly what you would call a monarchist, what I did like about The King’s Speech was that it shows the human side of a a monarch and the heavy burden of responsibility inflicted on you as a member of the royal family, despite your will and your level of competence to do the job. 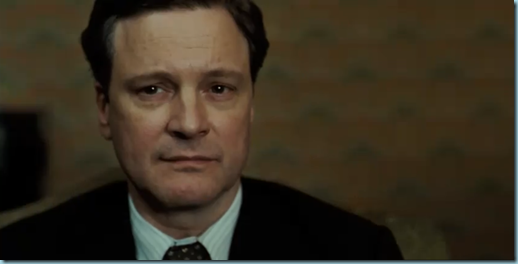 It’s great to see Colin Firth go from strength to strength and still now, 16 years after his most memorable performance as Mr Darcy, surprise us with his amazing talent and ability to assume a role so unlike his own in real life. 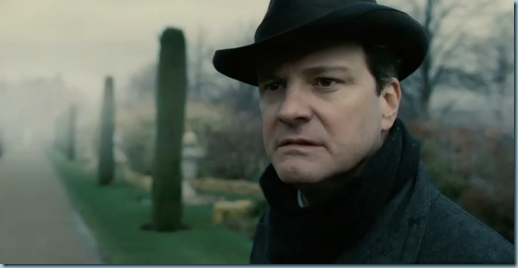 You can also spot two other actors from the 1995 Pride and Prejudice in this film: Jennifer Ehle (Elizabeth) as the King’s speech therapist, Lionel Logue’s wife, and David Bamber (Mr Collins) as a theatre director. A wonderful cast make a wonderful film!

Email ThisBlogThis!Share to TwitterShare to FacebookShare to Pinterest
Labels: Movies, Pride and Prejudice

Jane Austen and the Evangelicals

As I visited the Paragon in Bath, where Jane Austen spent a few weeks in 1799 with her Uncle and Aunt Leigh-Perrot, I came across this quaint little chapel across the road from the Leigh-Perrots’ lodgings. 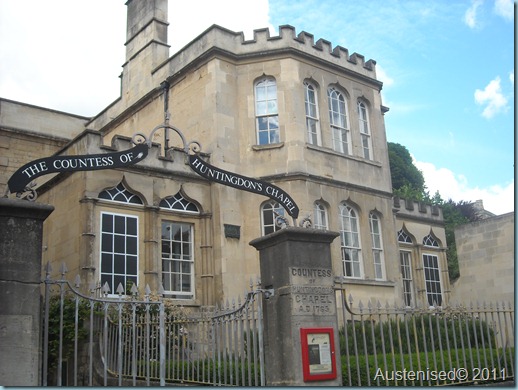 On the gate, it read “The Countess of Huntingdon’s Chapel”.

I became intrigued and was left wondering if this Countess of Huntingdon lived at the time when Jane Austen stayed in Bath, and whether Jane had anything to do with this undoubtedly formidable lady.  I decided to find out what the story was behind the church. 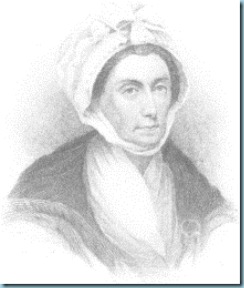 Countess of Huntingdon. Image from Wikipedia at http://bit.ly/heuxFG.

I discovered that the chapel was an evangelical connection set up by Selina Hastings,  Countess of Huntingdon, in the 18th Century. The Countess was born in 1707, became a born-again Christian at the age of 32 and, after she became a widow at the age of 39, she started to devote her time to religion. The Countess opened several private chapels like this for the public preaching of the gospel. After her death in 1891, there were local trusts running the chapels, and this small congregation is still active in Bath.

In Jane Austen’s times there was an evangelical revival, which would later have a great effect on the pious Victorians. The principle of the evangelicals was to express faith and to share the gospel actively and publicly. They were known for showing plenty of emotion in their worship and for singing hymns with fervour.

Is this why Jane Austen wrote in a letter to her sister Cassandra, on January 24, 1809  [66],  "I do not like the Evangelicals", refusing to read a piece of religious fiction written by Hannah More, an evangelical reformer? Perhaps she first came across evangelicals during her first visit to Bath and, staying so close to the chapel, found them to be noisy and even vulgar? 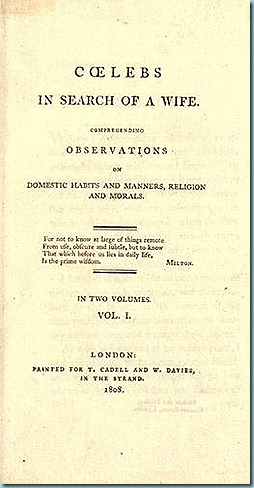 Cover page for Hannah More’s “Calebs”, which Jane did not wish to read. Image from the Open Library:  http://bit.ly/fkIy2b.

For Jane Austen, religion was a more private affair. Being brought up as a moderate 18th Century Anglican clergyman’s daughter, religion was a part of her daily life, but it was demonstrated in a discreet manner. While Jane was well versed in her scriptures and attended morning prayer without fail, in her public writing she preferred to steer away from these topics, perhaps feeling that it wasn’t her place to preach. She did compose several sermons and prayers, but was otherwise undemonstrative in her approach to religion. In the Austen family, religion was demonstrated through action rather than feeling – through acts of charity and through their responsibility to the parish. The public preaching by the chapel might have put Jane off Paragon for good. She vastly preferred the location of her next lodgings at Queen’s Square, and wrote that the view from the drawing room windows was ‘far more cheerful than Paragon’. 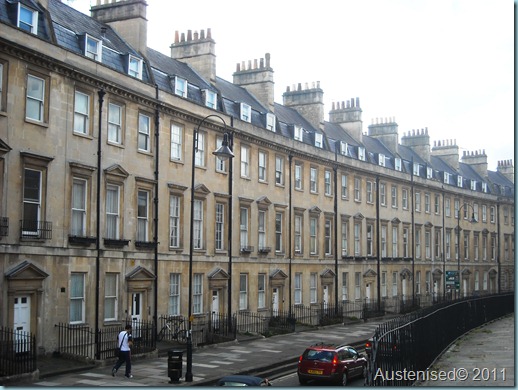 The Paragon as seen from the chapel.

It may be surprising, therefore, that five years later in 1814, Jane wrote in a letter to her niece, Fanny Knight, “I am by no means convinced that we ought not all to be Evangelicals, & am at least persuaded that they who are so from Reason & Feeling, must be happiest & safest.” This statement suggests that Jane may have become more religious as she grew older, perhaps growing up to see the permissive, indulgent Regency society, of whose monarch she despised. During the first two decades of the 19th Century, the evangelical movement did indeed become popular within the Anglican church, perhaps to counter the low morality of the time and to educate people of vice and virtue.

At the time when Jane Austen first stayed in Bath, she was still young and perhaps resisted restrictions on behaviour. Her later, more serious novels, such as Mansfield Park and Persuasion, reflect a less permissive approach. Fanny’s character in Mansfield Park, in particular, stands for morality and even saintliness, considering her forgiving and principled nature.

But do Jane Austen’s novels actually show religious influences? Surely her characters make moral choices without any reference to god or religion? The debate on Jane Austen’s religiousness vs. her ambivalence towards religion continues, but I think we can safely say that Jane Austen was a practising Anglican with religion in her heart, even if she preferred not to show it to the outside world.

On the history of the Chapel of the Countess of Huntingdon: