From Prada to Nada (or From Riches to Rags) 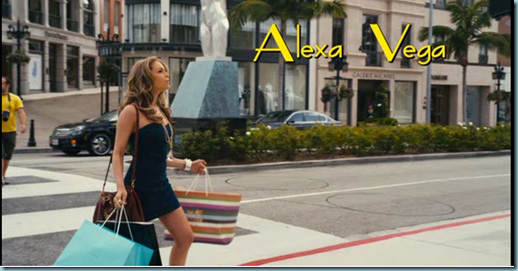 Just as I was writing about how I imagined a modern Elinor and Marianne to be, I had the chance to see a modern adaptation of Sense and Sensibility – From Prada to Nada. As opposed to rural Devon, this light comedy, directed by Angel Gracia, is set amongst the palm trees of modern L.A.

The opening scene shows two Mexican-American sisters, Nora (Camilla Belle) and Mary (Alexa Vega), out shopping designer-style. They drive into their Beverly Hills mansion, where their father is celebrating his birthday. But – as we already know – he is soon to die and the two sisters are ousted from their home, following the arrival of their (illegitimate) brother, Gabe (Pablo Cruz). 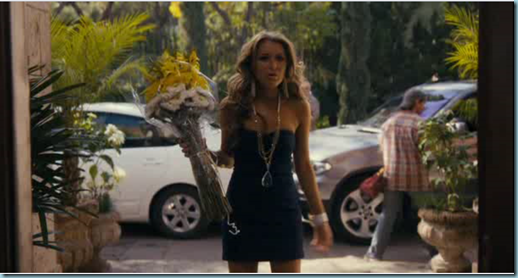 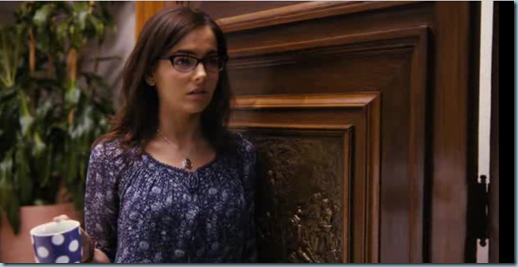 The girls find a new place to live with their aunt and other relatives, on the other side of town. You get to see a totally different side of L.A. to what we are used to seeing in films and on TV. The Mexican East L.A. is an L.A. of immigrants and the proletariat, shabby and run-down - but also vibrant, colourful, noisy and full of life. 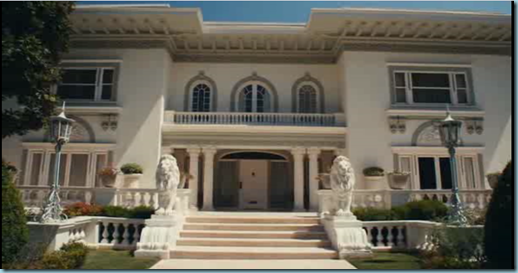 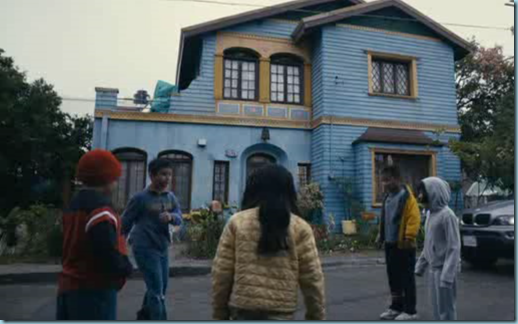 Enter Edward Ferris (Nicholas D’Agosto), brother of her sister-in-law and a well-to-do lawyer  - a less awkward version of Edward Ferrars without the imposing family connections. He soon becomes interested in law student Nora who, however, has a “10-year plan” for life and is not interested in a relationship – or so she thinks. 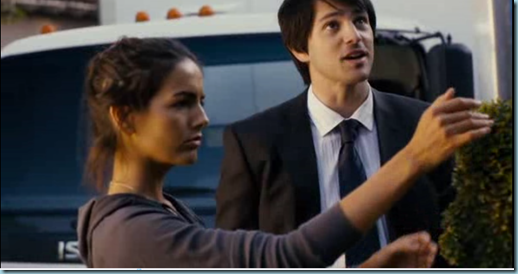 The younger sister, Mary, is soon swept off her feet by Rodrigo (Kuno Becker), her charming teacher of literature – love over literature, as with Marianne and Willoughby – who of course turns out to be the villain of the story. 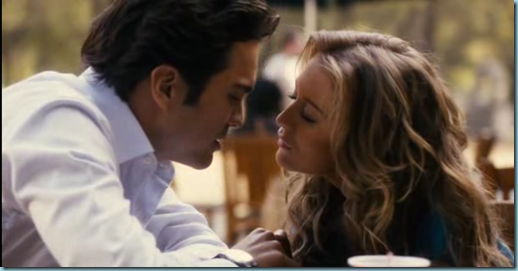 What makes this storyline less convincing is the fact that this version of Colonel Brandon, helpful neighbour Bruno (Wilder Walderrama), is actually far more charming and attractive than Rodrigo. (You might remember Walderrama from his silly role as Fez in the 70’s Show – in From Prada To Nada, however, he acts well and has plenty of charm.) 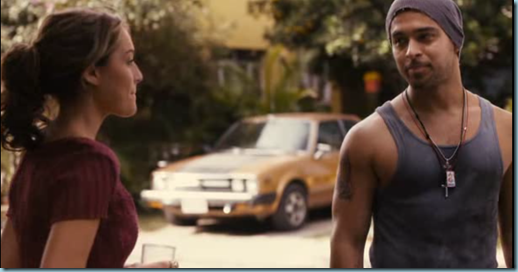 As one might expect from a modern adaptation, the roles of the two sisters differ somewhat from the novel. While Mary (Marianne) is portrayed as snobbish and super-confident, Nora (Elinor) is the opposite - down-to-earth and hesitant. You would not describe them as ‘emotional’ vs. ‘reserved’ as  you might characterise the polarities of the characters in the novel.

From Prada to Nada is a light take on Sense and Sensibility, which certainly doesn’t match up to the wit of Jane Austen. A harmless chick flick, it is a pleasant enough watch, as long as you don’t expect a mind-blowing artistic experience. After a bimbo beginning, the film does get more enjoyable towards  the end, thanks to the colourful Mexican flavour – though I would have preferred having “less cheese on my nachos”!

Looking forward to seeing Scents and Sensibility next…

Email ThisBlogThis!Share to TwitterShare to FacebookShare to Pinterest
Labels: Movies, Sense and Sensibility

The King’s and Queen’s Baths 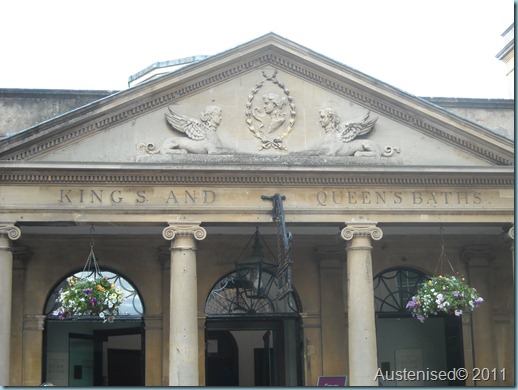 In addition to drinking the healing Bath water at the Pump Room, many people liked to bathe in the hot springs. Around the corner from the Pump Room, as part of the same building, stand the King’s and Queen’s Baths, which were amongst the most popular bathing places in Bath. The Austen family were known to frequent these Baths during their stay in Bath.

The interiors of the King’s and Queen’s Baths resemble the baths at the Roman Baths Museum (as below). 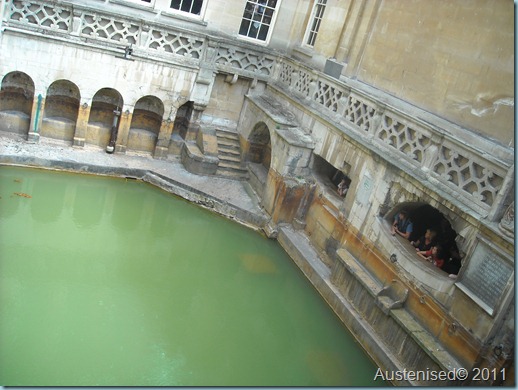 The style of bathing has changed somewhat throughout the centuries… during the Georgian times, men were dressed in shirts and drawers while the ladies were clad in a linen shift. The ladies and gentlemen, with water up to their necks, would wade through the warm water and mingle.

You might remember the haunting scene from (the equally haunting film) Northanger Abbey (1986) where Catherine visits the Baths and meets Ms Tilney for the first time. 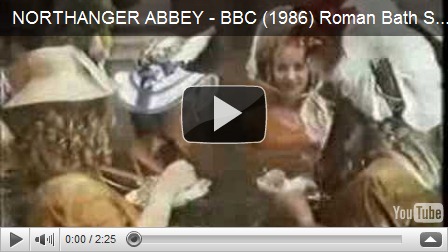 The King’s and Queen’s Baths were used for bathing until 1939, after which the Baths have been closed, as it is now considered unhealthy to bathe in the waters, for fear of infection.

You can read more about the history of the King’s and Queen’s Baths at the following sites:

What Made Willoughby a Scoundrel? 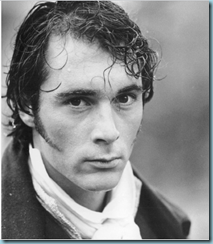 Austen’s villains, such as Willoughby, could be considered villains even by our modern-day standards. Willoughby was a man who abandoned girl after girl for want of a richer bride. But what was it that made Willoughby a scoundrel by the standards of Regency society, and resulted in a scandal? In Georgette Heyer’s Regency World, Jennifer Kloester writes that it was acceptable for a Regency gentleman to have several affairs before and after marriage, as long as he played the part of a responsible husband and father. “Only a scoundrel…would stoop to seducing a respectable girl of good family and subsequently deserting her and their bastard child. …society perceived his sin not in having fathered an illegitimate infant or having multiple affairs but in his not providing for the child.” (p.48)

So, according to the rules of Regency society, it was just about acceptable for a man to be a libertine, but not to ignore his moral duty, which is what ultimately labelled Willoughby as a scoundrel.

Email ThisBlogThis!Share to TwitterShare to FacebookShare to Pinterest
Labels: Georgian and Regency Life, Sense and Sensibility

Rules and Etiquette of Regency Society

It is sometimes perplexing to read a Jane Austen novel as we do not always relate to the rules and customs of the period. Understanding what did and what did not constitute acceptable behaviour at the time, we can follow the plot and the character references better.

One book to shed light on the social etiquette of the time is Georgette Heyer’s Regency World, written by Jennifer Kloester. Although she writes with specific reference to Georgette Heyer’s novels, we can equally well use this book as a guide to the world of Jane Austen. 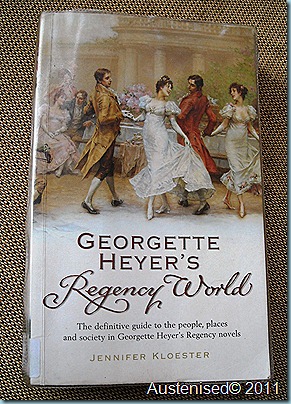 Here is an interesting and helpful list of rules and etiquette in Regency Society, from Chapter 8.