This weekend was very special for me as I got to experience the Jane Austen Festival for the first time. Due to family commitments, I only had the chance to attend one day of the festival, but it was lovely to be part of the event and especially the most important part: the Grand Costumed Promenade.

I really enjoyed the fact that the festival felt very communal and it seemed as if lots of people knew each other having returned year after year. There are tons of interesting events to choose from, but unfortunately I was too late in booking and most of the events were sold out. However, it was an amazing experience to dress up in period costume along with hundreds of other fellow Austenites, stroll along the streets so well known to Jane Austen, and to spend time at the Assembly Rooms where she used to attend balls. 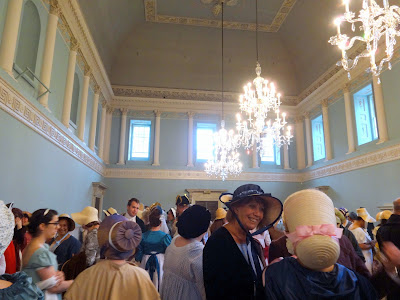 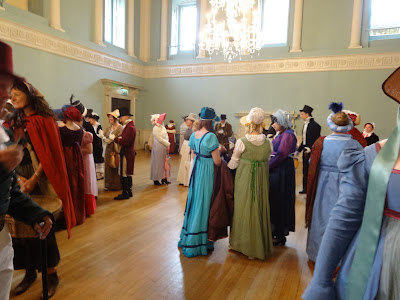 The hustle and bustle at the Assembly Rooms must have been quite similar to how it was back in the day! Beautiful gowns, interesting hats and bonnets, in all manner of styles varying from late Georgian to late Regency and some with a modern twist. 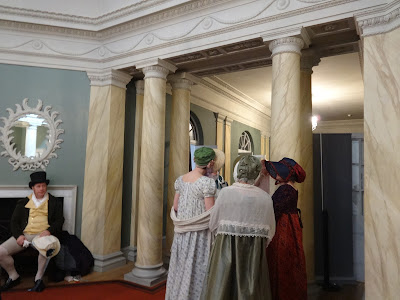 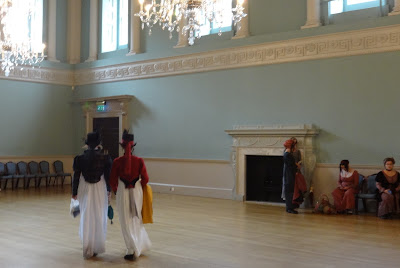 We set off in the rain, a sea of umbrellas moving ahead with tons of followers taking in and documenting the unusual sight. 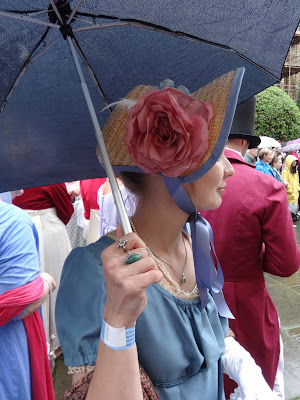 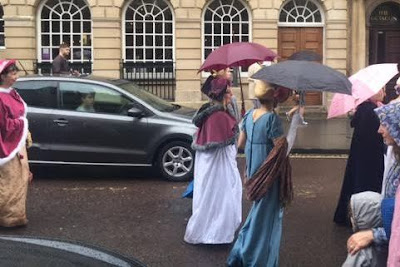 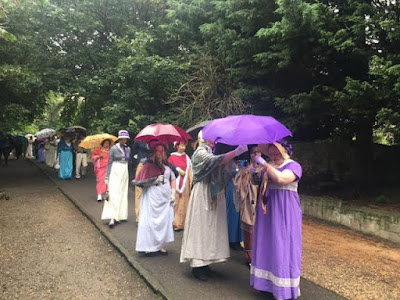 It was a quite a strange feeling being photographed while walking along the streets of Bath that day, with tourists clicking away at every opportunity and I even spotted the Mayor of London (Mr Khan) in the audience! 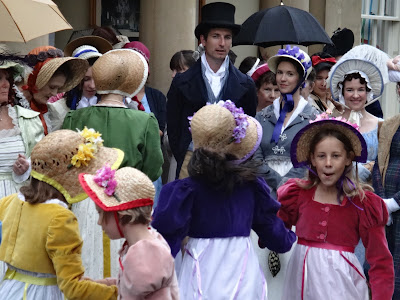 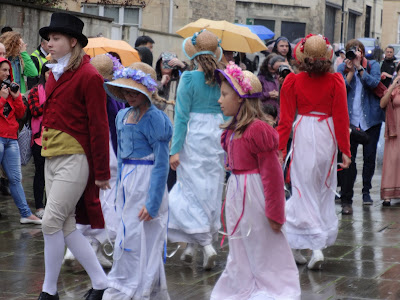 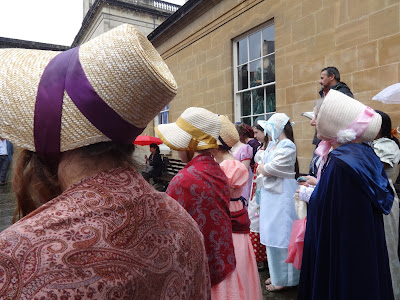 We walked for well over an hour and then returned to the Assembly Rooms where there were some children dancing and a Regency Fayre with several stalls selling Regency clothes and accessories.

There was a silhouette cutter, too, which proved very popular. 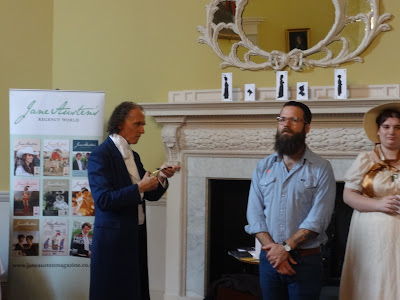 Luckily I found a stall selling all kinds of feather and I purchased a taller, more appropriate, white feather for my bonnet. 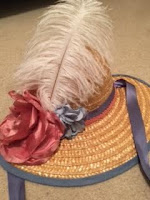 Later in the afternoon, I returned to the Assembly Rooms to watch a short theatrical version of Pride and Prejudice. The theatrical was performed exceedingly well by only two actors, and was a very entertaining, hilarious take on my favourite novel, summarised in just 20 minutes! 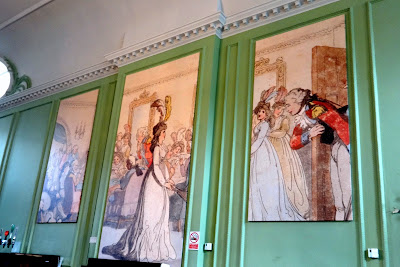 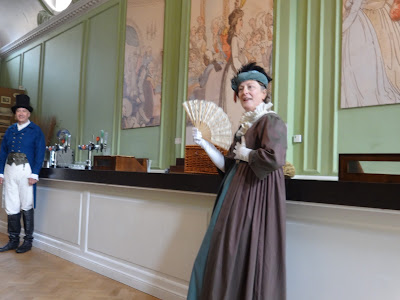 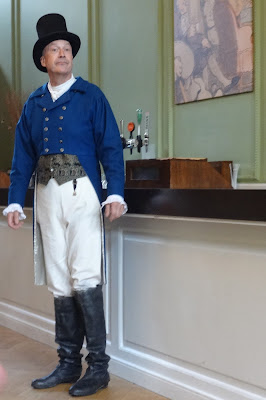 Mr Darcy, Mr Bingley and Mr Bennet all in one! 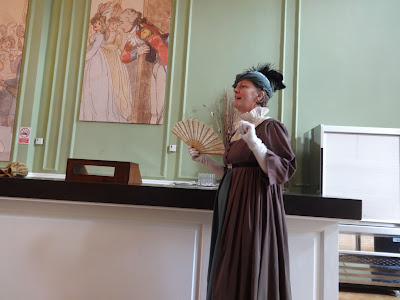 I hope to be back next year and catch many more interesting events in my beloved city of Bath...
Posted by Anna at 2:38 AM 2 comments:

Here's a glimpse of my little project for this week: a Regency bonnet. I don't think I'm particularly handy but I had to have one as I'm going to participate in the Jane Austen festival promenade tomorrow. I'm very excited as I've always wanted to go to the festival and now I will finally get the chance to use my Regency gown again (I've only ever used it once).

Not sure how authentic my bonnet looks, but it is a bonnet and it completes my outfit. Watch this space!