It is Regency Week in Alton again, and today I attended a beautiful summer picnic at Chawton House. 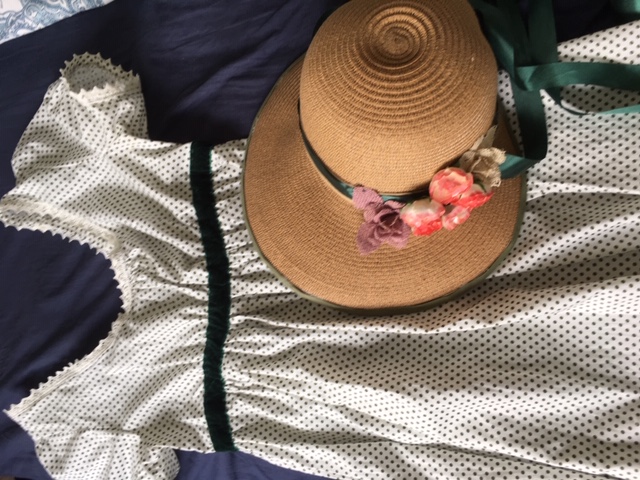 Preparations for the picnic...

The picnic was organised by Caroline Jane Knight, a descendant of Jane Austen's brother, Edward, who grew up in the house, in aid of the Jane Austen Literacy Foundation, founded by Ms Knight. This year, the foundation are raising funds to provide education and resources to a cluster of five schools in impoverished areas of Delhi, India - a very worthy cause close to my own heart, as I have a history of charity work in India.

The picnic was organised together with the Jane Austen Parade for Literacy, which is the second of its kind. This year, the event attracted far more people, and it was lovely to see so many clad in period attire as well. 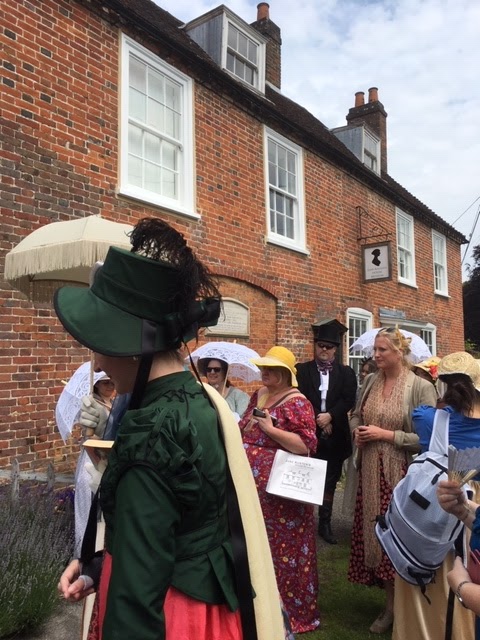 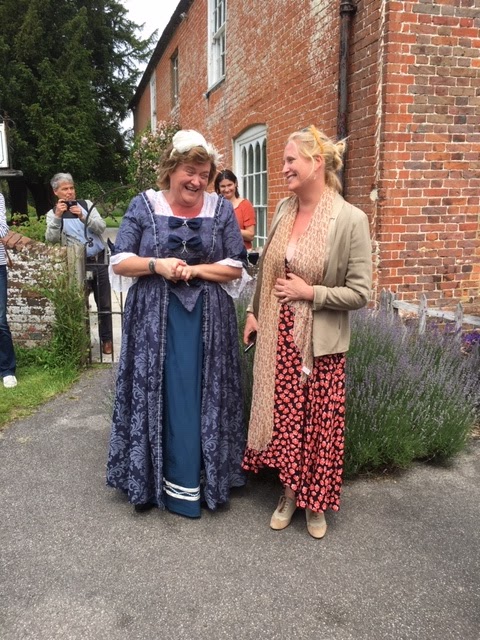 We assembled at Jane Austen's House, where we met Caroline Jane Knight and *FANFARE* Susannah Harker, who acted Jane Bennet in my favourite version of Pride and Prejudice (1995)!

I was also excited to meet a fellow blogger, Tony Grant, who writes the fascinating and informative blog, London Calling, for the first time after exchanging ideas through our blogs for the last nine years. Is it really that long since I started Austenised? 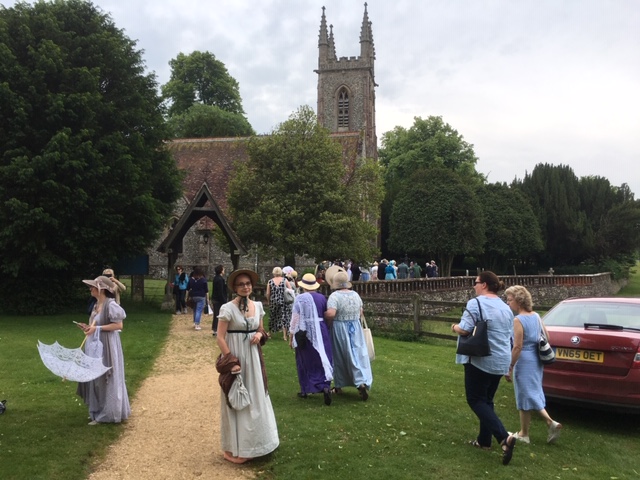 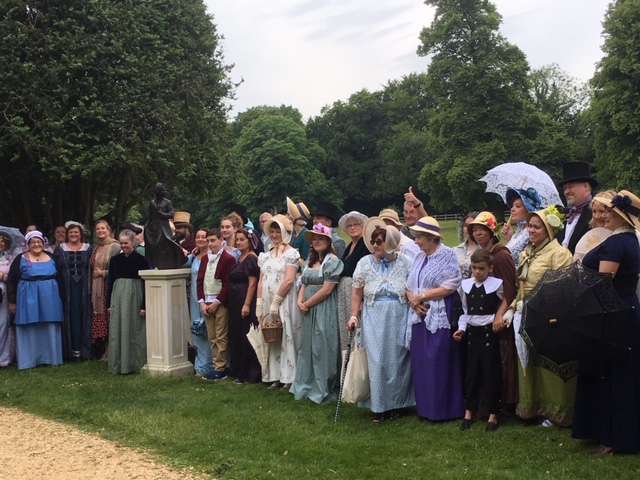 Paying our respects to the statue of Jane Austen at Chawton Church on our way to Chawton House. 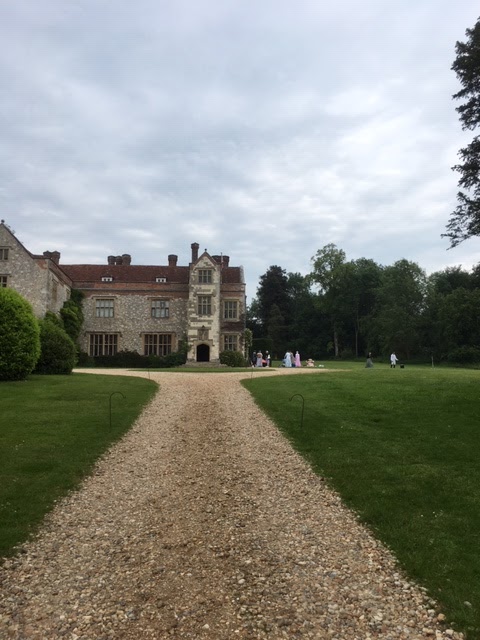 We then walked to Chawton House where our lovely Regency-inspired picnic was served on the lawn in front of Jane's "Great House". What a perfect setting for a summer picnic, especially as we were blessed with good weather after several weeks of downpour. We had a taste of Georgian lemonade, buns filled with cheese and chutney, pork pies (unless you were a vegetarian like myself), ginger biscuits, and a  delicious strawberry tartlet amongst other things - all put together by Caroline Jane Knight after a lot of research into 18th/19th Century dishes. 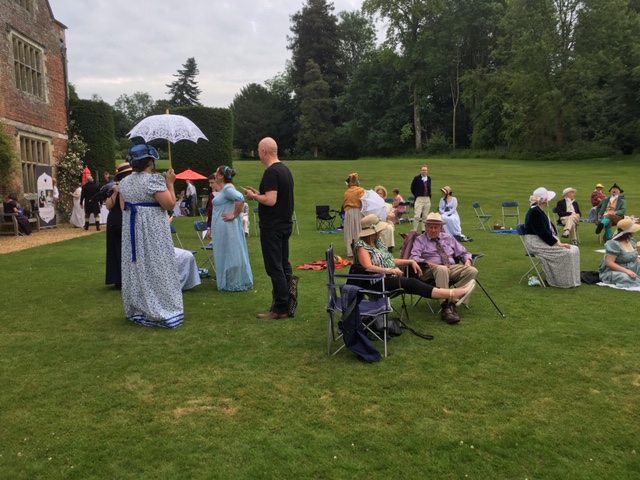 We then enjoyed a lovely programme put together by Caroline and Jane Austen superfan Sophie Andrews together with her "Pineapple" society. The highlight of the programme must have been a snippet of the new play created by Susannah Harker and her sister, Nelly. The play is called "The Austen Sisters" , and it is touring theatres this summer. The play features interactions between the two Austen sisters and, and based on the short sample, will certainly be a hilarious but very apt take of Jane and Cassandra. 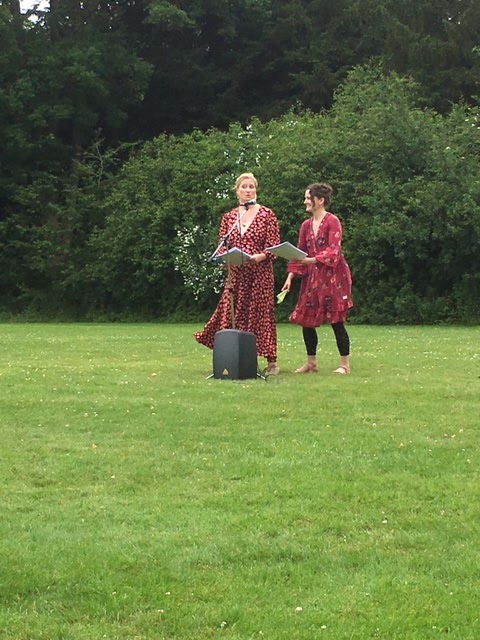 Susannah and Nelly Harker as Cassandra and Jane Austen. 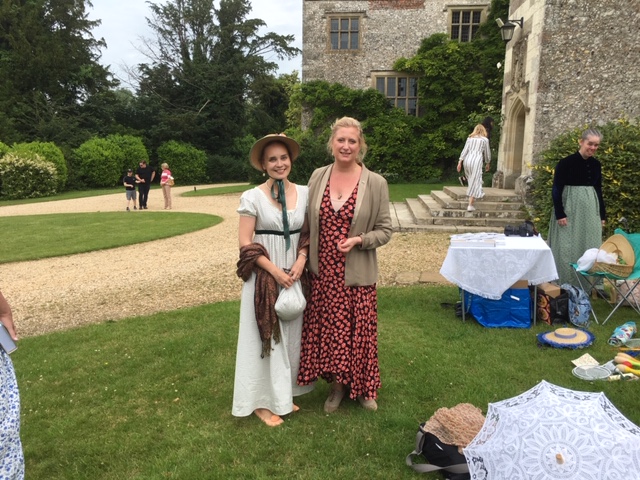 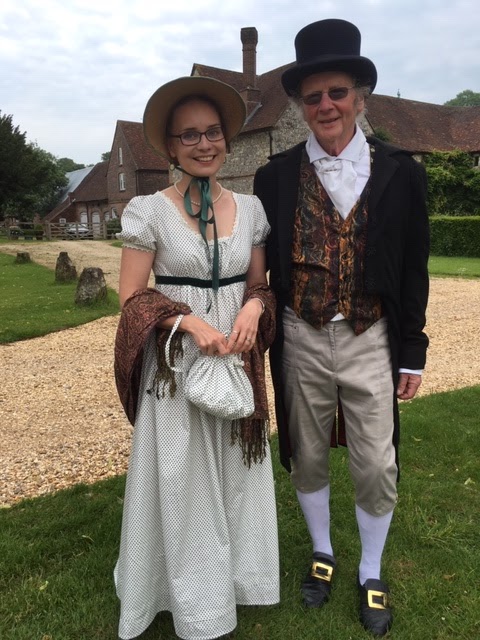 With Jeremy Knight, of the Knights of Chawton (Caroline's father).

It was lovely to meet several of my fellow Jane Austen bloggers. Rita L. Watts, one of the Literacy Ambassadors of the foundation, who blogs at All Things Jane Austen, had come all the way from Boston to participate in the Regency Week events. I also met Mira Magdo from Obsessed with Mr Darcy and many more familiar bloggers. 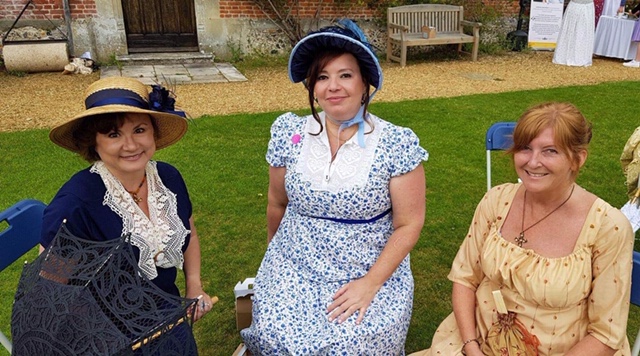 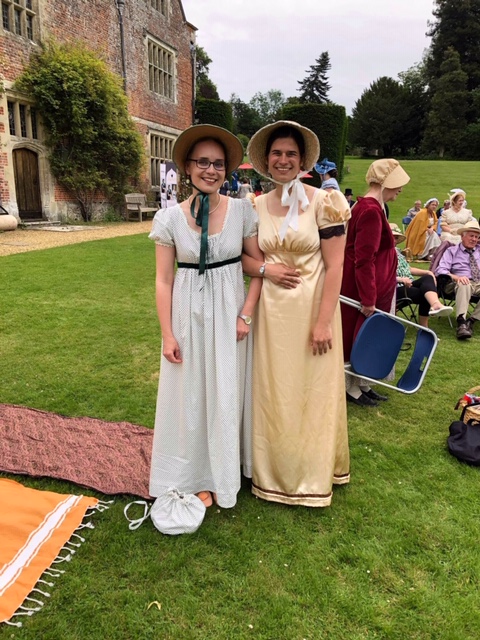 We also enjoyed some musical performances and readings done by the brilliant Alison Larkin and the very talented Pineapples, as well as some Regency dancing and games. All in all a very pleasant afternoon, and I will certainly participate again, should the foundation decide to continue the tradition next year. 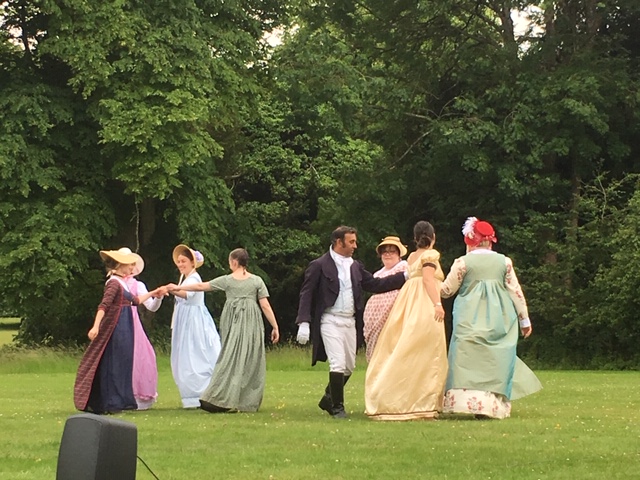 The Pineapples showing us the moves.
Posted by Anna at 3:38 AM 2 comments: Links to this post