Happy Birthday, Jane Austen! Last year I celebrated this day at Jane Austen's House in Chawton, and what a memorable, beautiful day that was, singing carols and enjoying some mulled wine and mince pies at Chawton, perusing the Emma exhibition and trying on bonnets with my two-year-old dress-up enthusiast.

This year, I didn't make it to Chawton Cottage but I did visit Mompesson House in Salisbury for their Regency Christmas display at the weekend. 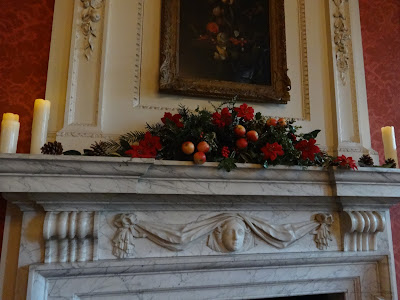 Mompesson House is a Georgian house situated in the Cathedral Close in Salisbury. You may have seen the house in the beautiful 1995 adaptation of Sense and Sensibility where the house was used as a location for Mrs Jennings' Chelsea home. Both the exterior and the entrance hall were used in the film. 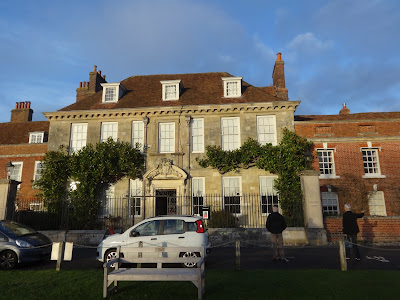 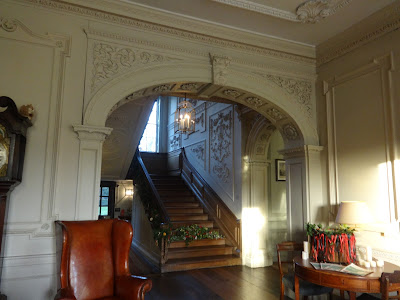 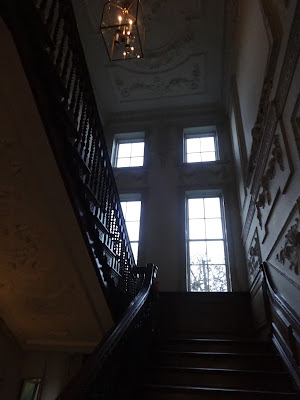 The drawing room upstairs was also used in the film, but the upstairs rooms were closed for visitors. However, I enjoyed the display downstairs and remember seeing a similar exhibition at Fairfax House in York years ago.

The downstairs rooms of Mompesson House were decorated with greenery, ribbons, fruit and candles in the fashion of the late 18th and early 19th century. Fireplaces, shelves and windows were adorned with evergreens, such as holly and mistletoe, the most common Christmas decorations during the Georgian period. 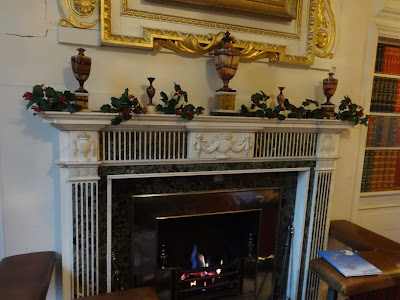 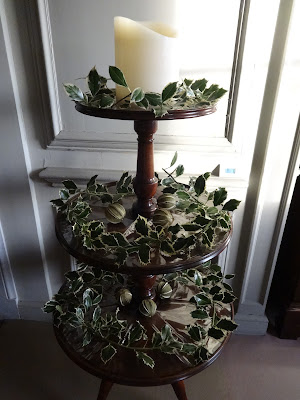 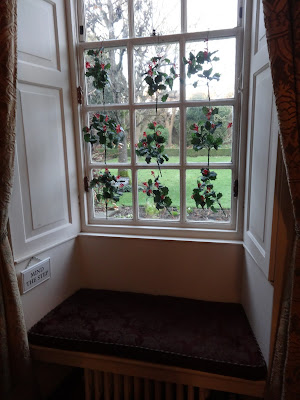 Fruit, such as pears and clove oranges made beautiful, aromatic decorations. 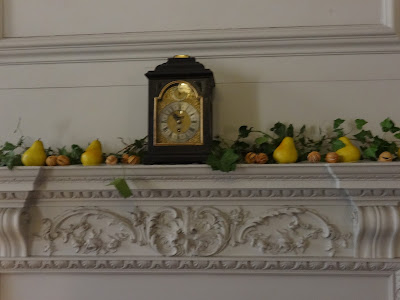 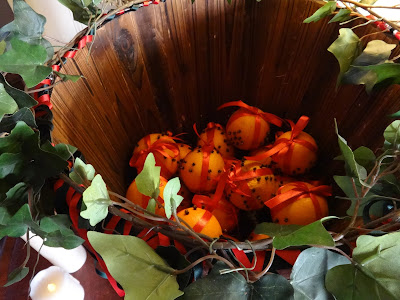 There was also festive period food on display, with Christmas breakfast set in the Library. 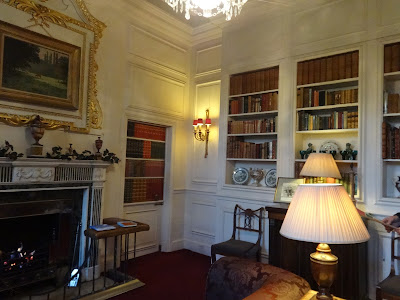 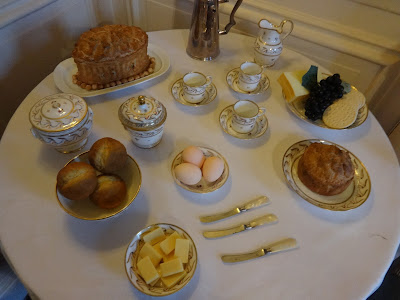 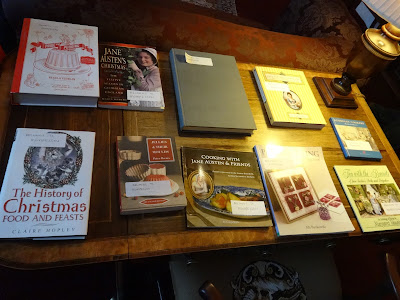 A lavish spread of Dessert is set in the Drawing Room. 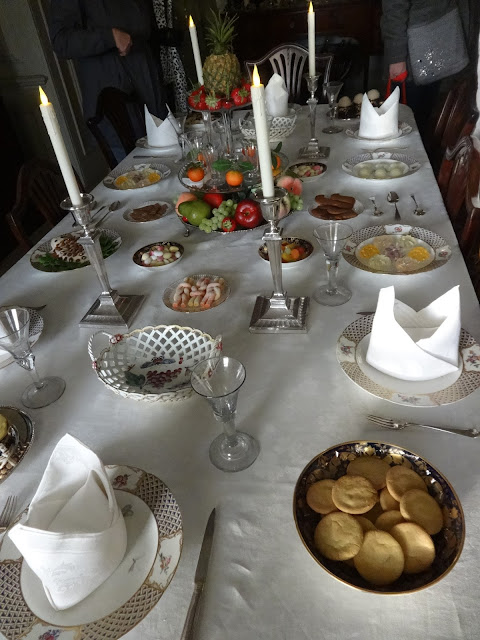 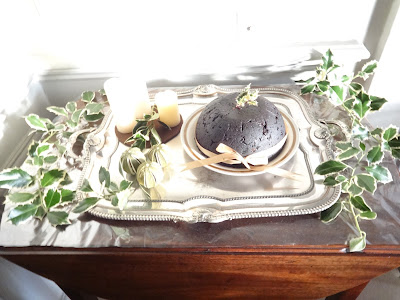 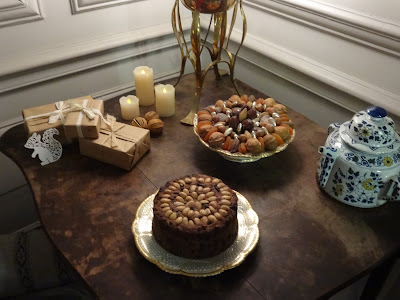 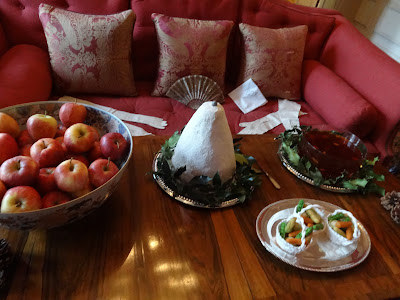 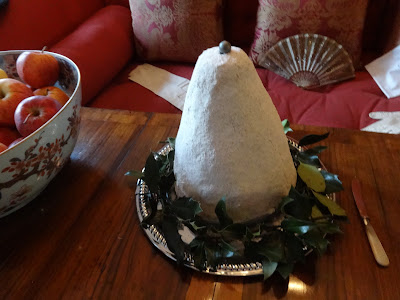 Parties and gatherings were hosted during the festive period, and card games were popular entertainment. 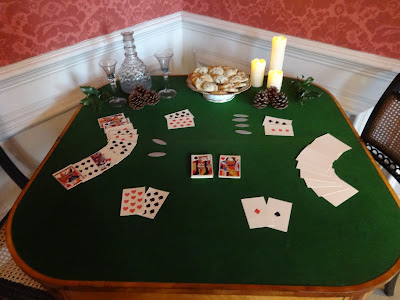 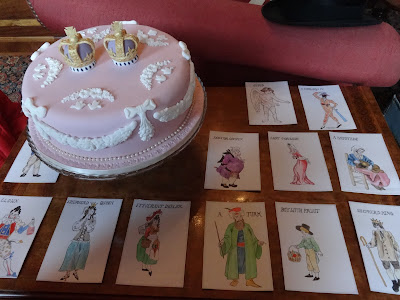 At the end of Christmas, on the 12th Night, a beautifully decorated cake was served as the main highlight of the celebration. 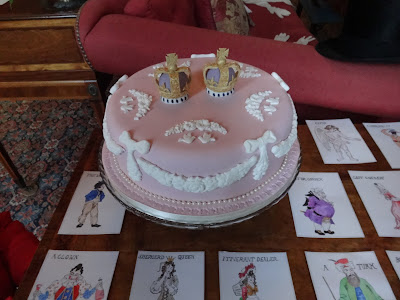 Christmas trees were not yet popular, becoming more widespread in the Victorian period. However, Princess Charlotte did have a tree similar to this one. 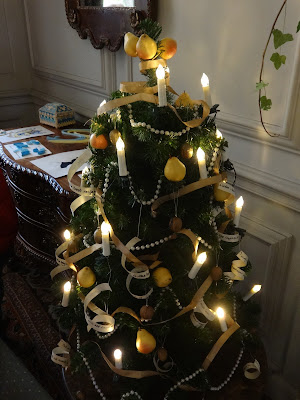 I was delighted to discover that the tree was decorated with familiar quotes from Jane Austen's books! Now there's an idea for us Austenites! 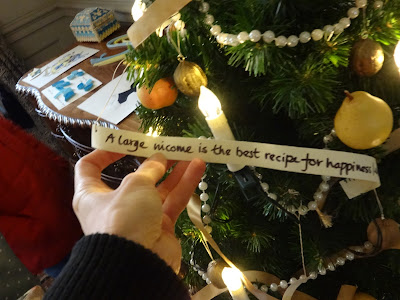 The upstairs was closed for the time being, which only calls for another visit! The Christmas display continues for another two days until December 18th.

Hope you have all had a lovely Jane Austen day.