On Location in Lacock

Last Mother's Day (wow, it has taken me a year to write this post!) I was taken to Lacock in Wiltshire for a treat. I am a big fan of the National Trust, and I had wanted to visit Lacock for a long time, as it is one of the most famous film locations for several period dramas - most interestingly, the location for Meryton in Pride and Prejudice (1995) and Highbury in my favourite adaptation of Emma (1996 with Kate Beckinsale) - not to forget Downton Abbey. 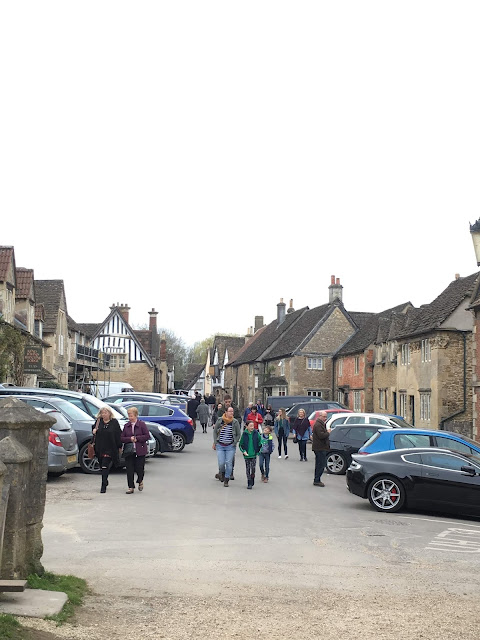 Stepping into Lacock is like stepping back in time. Lacock Abbey dates back to 1232, and the village houses are several centuries old. You can easily imagine why production companies might choose this as a location, as the village has changed very little over the centuries, there is not a satellite dish in sight (those are banned by the National Trust), and the only thing to remind us of our modern times is the cars parked on the side of the road. 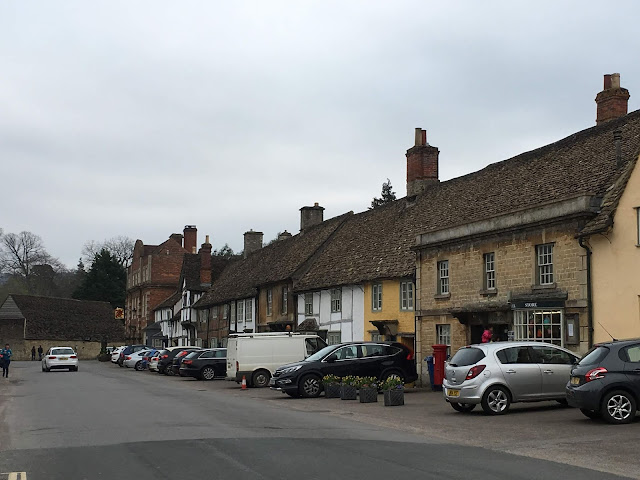 Lacock is, however, a working village with a school, village hall, church, quaint boutiques and several pubs, but walking the roads truly feels like walking through a film set. 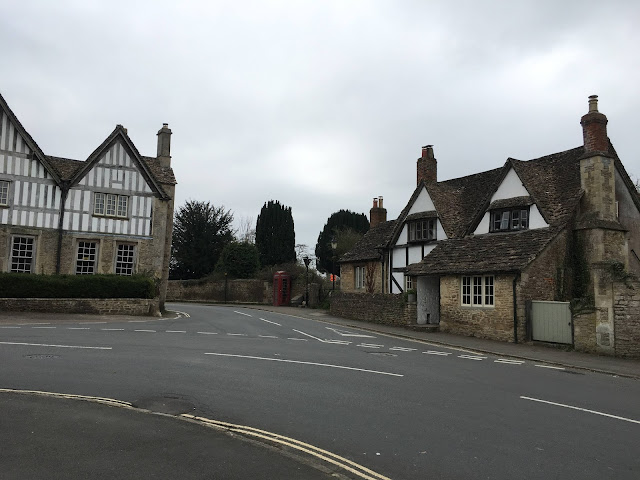 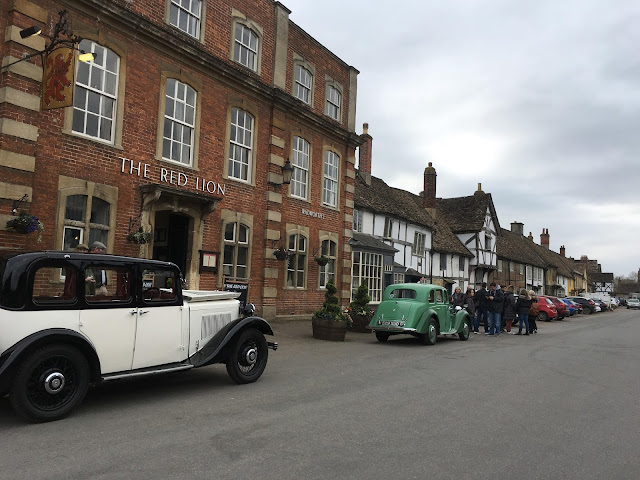 The High Street was also seen as shops in Pride and Prejudice, such as the haberdasher's shop where the Bennet sisters stopped to look at bonnets until they were interrupted by Mr Wickham (and a cold greeting from Mr Darcy). 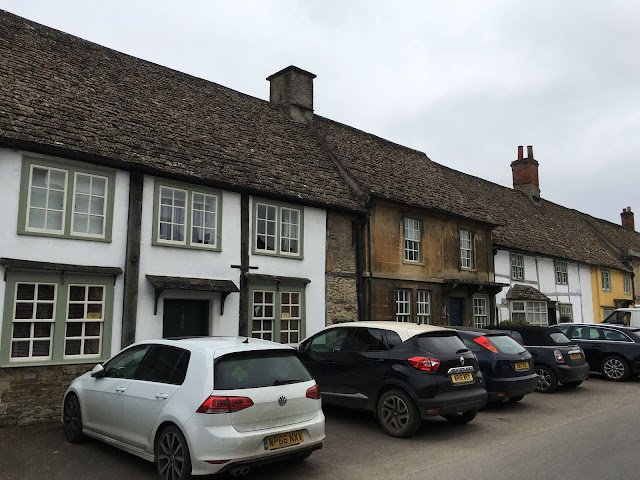 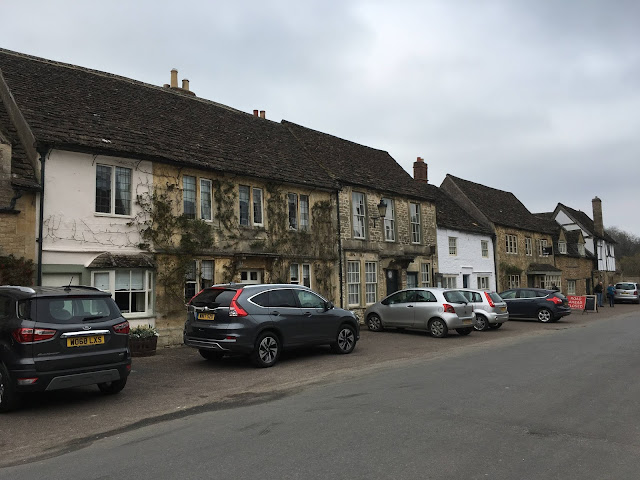 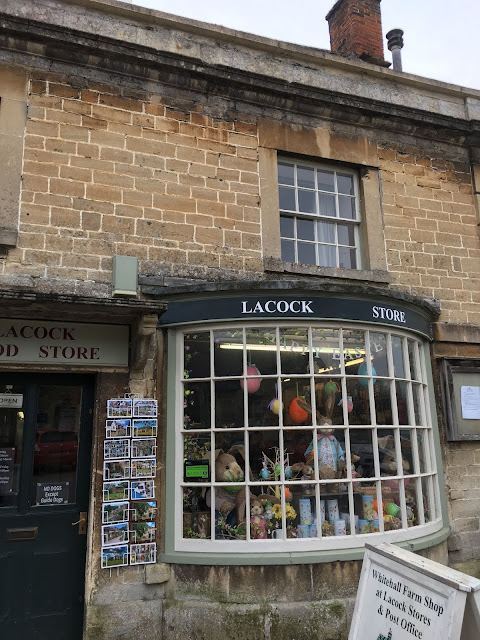 Another street, Church Street, served as the high street of Highbury in Emma. 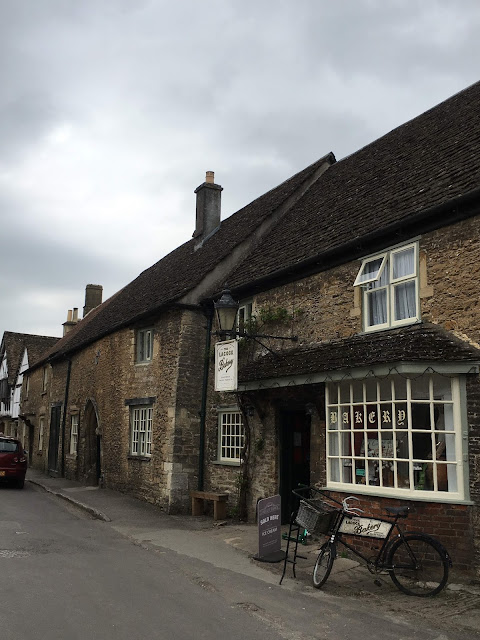 St Cyriac's Church was where the Westons'  wedding was shot at the beginning of Emma and perhaps some of the other wedding scenes as well (who recognises the church?) 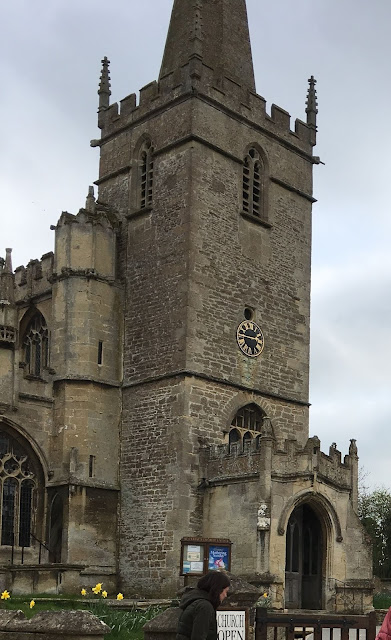 I enjoyed reading "The Making of Jane Austen's Emma", which was a companion for the 1996 film. In the book, there are interesting stories about the production in Lacock. We learn that the company had just three days to film the Lacock scenes, as it was a busy time in the village and the National Trust didn't wish to have filming during the weekends, which are their busiest time with tourists flocking the village. 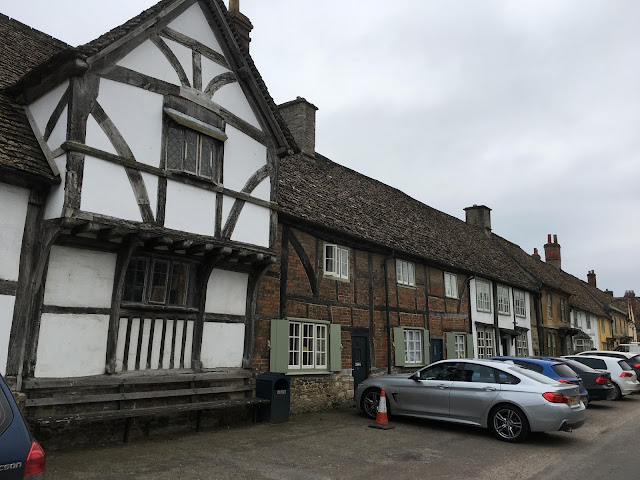 It was fascinating to read about how the village was transformed from 1996 to 1813. Ground cover was laid, earth and grit spread around the roads, autumn leaves and manure scattered around the floor, straw for horses left in places... 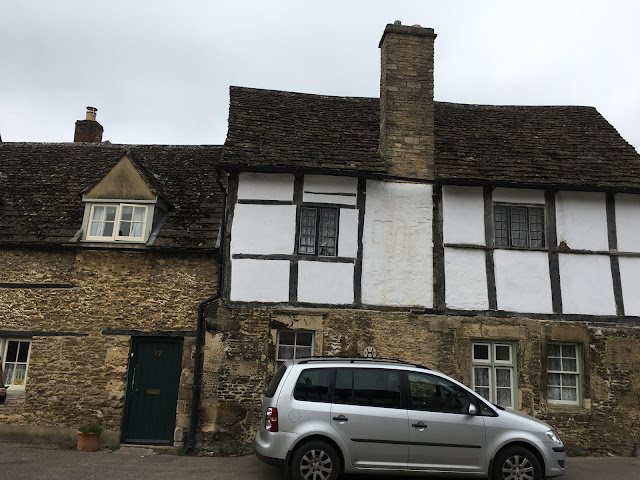 Some of the facades, for example Miss Bates' house, were changed entirely, and signs were changed to period ones, film lights added in front of windows and cars moved from the roads. Even the existing flowers were swapped with more period-appropriate ones. 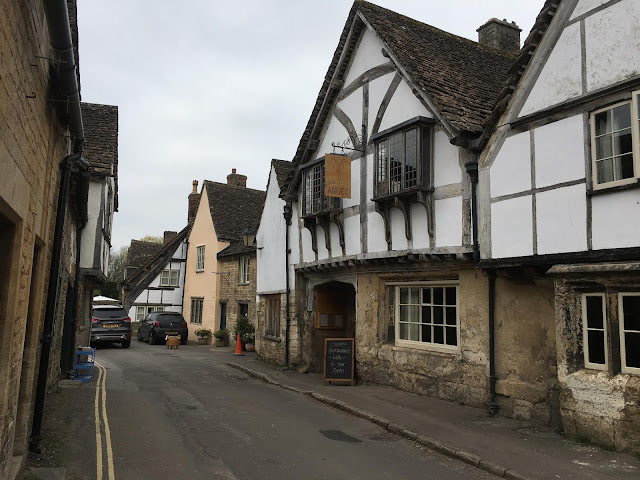 Some of you might recognise this house as being Harry Potter's first home. 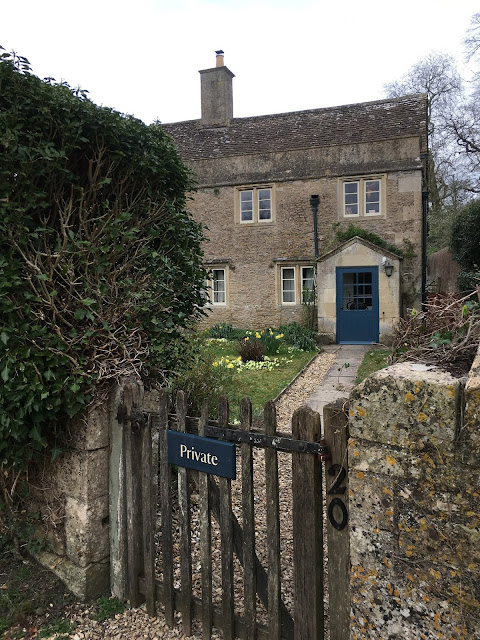 Harry Potter's Hogwart's school was shot in Lacock Abbey cloisters. This was also used as a location for Cambridge University, where Mr Darcy studied as a young man with Mr Wickham. We visited Lacock Abbey as well, which is an interesting building in itself, but the cloisters were closed at the time as there was a film crew working on a series.

There are stalls and shops selling various Harry Potter related paraphernalia around the village, catering to the flocks of tourists that visit the village. I loved it how there were many stalls (as below) in front of people's houses, selling crafts and preserves with an honesty box and not a salesman in sight. Obviously, being a National Trust village, there is a feeling of trust that people will behave sensibly and be kind to the locals. 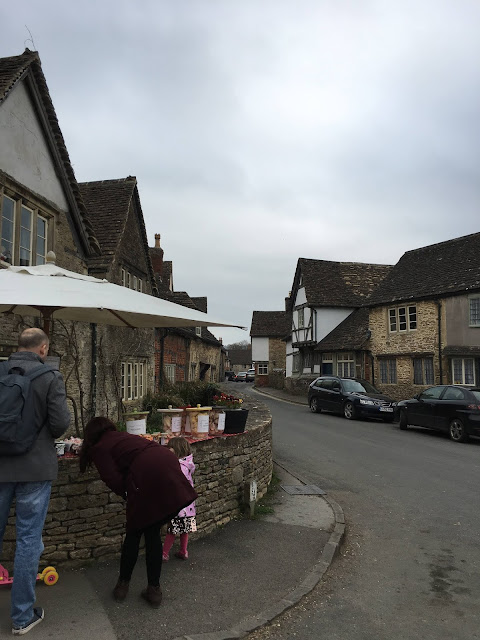 All in all, Lacock is a wonderful place to visit and I would recommend a day trip there with a visit to the Abbey, one of the lovely ancient pubs, and the quaint gift shops that line the streets of Lacock, spotting familiar film locations on the way.

You can get more information on Lacock and several other film locations in Karin Quint's guidebook and do have a look at the film companions for some interesting snippets.