A Walk Through the Neighbourhood of Fanny Price in Portsmouth

It was a beautiful, sunny summer's day and we decided to venture back to Portsmouth as we had purchased a season ticket for the Old Naval Dockyard on our previous visit to see HMS Victory. Sadly, the fascinating Mary Rose exhibition wasn't open yet, but we enjoyed a lovely stroll along the sea promenade and a walk through the old town.


The Portsmouth of today is really a mismatch of the old and new, but fortunately the old town has retained many of the Georgian and Victorian facades and some of the streets must still look the same as they did in Jane Austen's times. 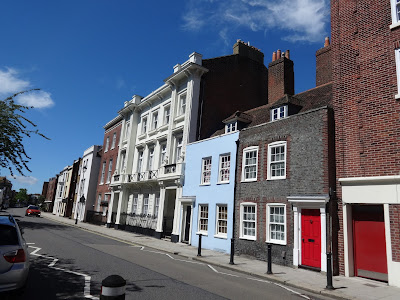 At the time, Portsmouth was a military and naval town of some 7000 people. The High Street had several handsome Georgian houses, which would have been homes to the wealthy, while the poorer, dirtier areas were outside of the main thoroughfare. Georgian Portsmouth was a noisy, filthy place and its inhabitants less sophisticated than what Jane Austen was used to. Quoting Fanny Price “The men appeared to her all coarse, the women all pert, every body under-bred” (MP, p. 395). Portsmouth was a haven for drunkenness and riotous and immoral behaviour. 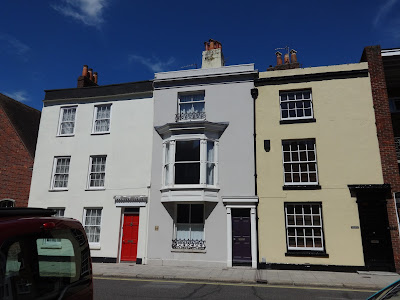 Walking along the streets of the old town, I started browsing the houses, imagining with my mind's eye which one would belong to Fanny Price's family... 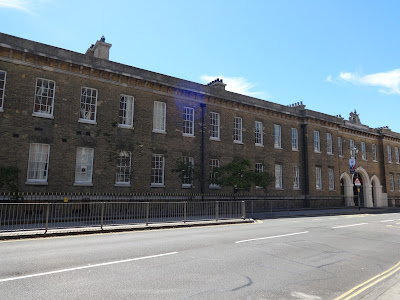 We passed the beautiful, old Portsmouth Cathedral with a golden ship for a windwane. 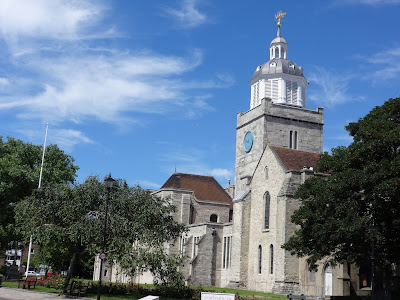 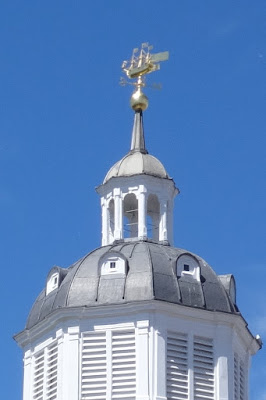 Nelson's presence is still felt in Portsmouth. The George Inn, which was destroyed in the Second World War, was a popular resting- inn for the leading naval officers and Nelson often stayed there. He had his last breakfast here before embarking on HMS Victory. 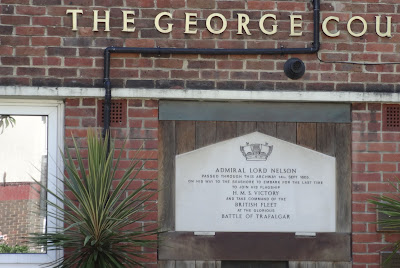 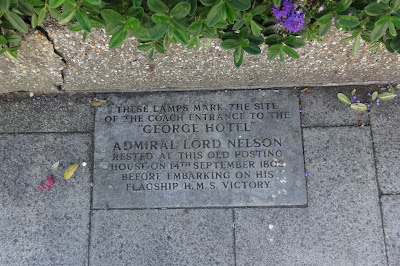 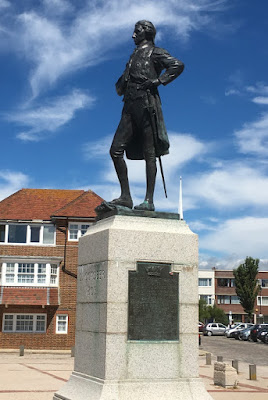 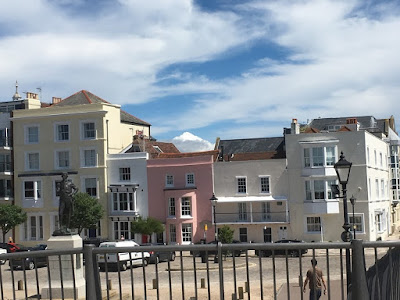 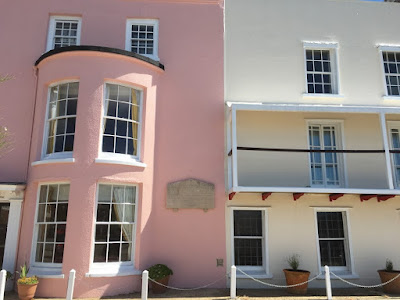 The roofless ruin of the medieval church, Domus Dei, or Royal Garrison Church, is at the seafront. This church was also destroyed in the Second World War. This is where Fanny Price worships. 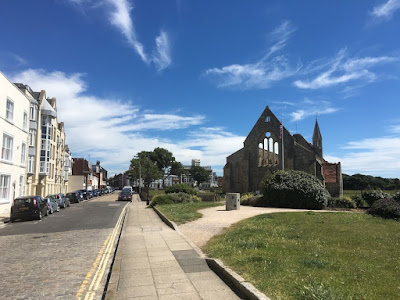 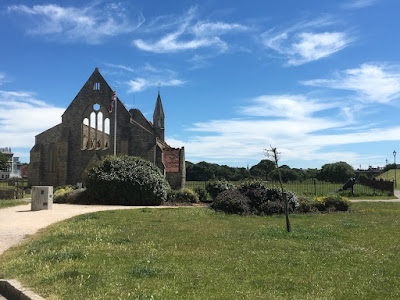 “The Prices were just setting off for church … when Mr. Crawford appeared again …. he was asked to go with them to the Garrison chapel, which was exactly what he had intended” (MP, p. 408).

“In chapel they were obliged to divide, but Mr. Crawford took care not to be divided from the female branch; and after chapel he still continued with them, and made one in the family party on the ramparts” (ibid.) 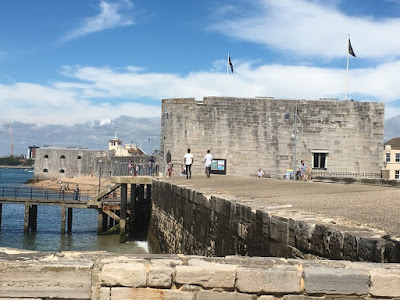 The ramparts completely surrounded the land, and it is on these stretches that Mr Crawford and the Price family would walk. “It was [Mrs. Price’s] public place; there she met her acquaintance, heard a little news, talked over the badness of the Portsmouth servants, and wound up her spirits for the six days ensuing” (ibid.). 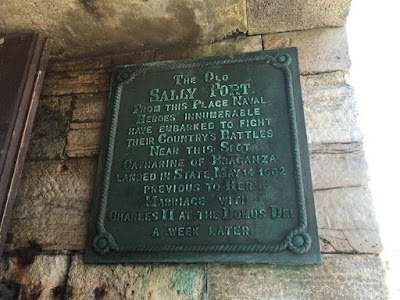 One of the several memorials to sailors to be found in the port.

What did Jane Austen think about Portsmouth? To be sure, it was a rough place, a place not fit for fine ladies. As the female villain of Mansfield Park, Mary Crawford, says,  “My dear little creature, do not stay at Portsmouth to lose your pretty looks.  Those vile sea-breezes are the ruin of beauty and health” (MP, p. 416). But as we know, Jane Austen loved the sea and the sea-breeze - however, she would certainly have preferred a seaside resort like Lyme Regis to the vices of Portsmouth.