On my second day in Bath, I continued my walking tour with my book.

I had the chance to see the Upper Rooms – Assembly Rooms – in Alfred Street where Jane Austen would dance and socialise in the fashionable style of the late 18th century. 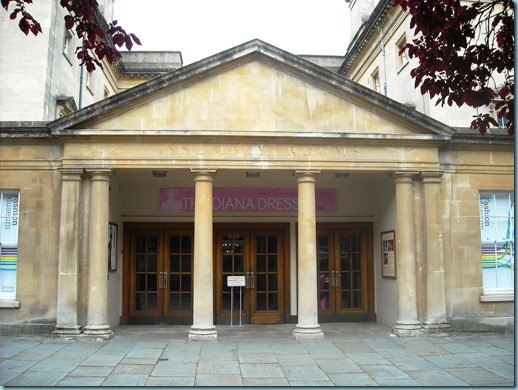 The building now houses a small Fashion Museum, which is interesting to see, but visitors are also allowed to enter the ball rooms.

Here’s a view towards the hallway from the entrance: 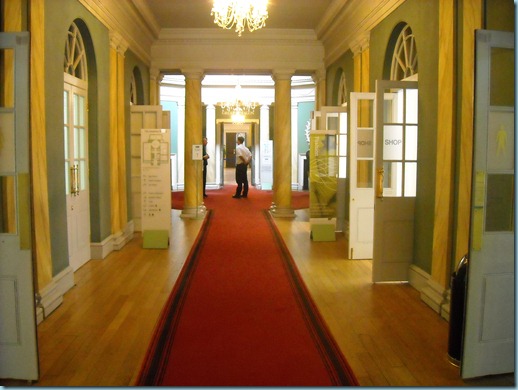 I could only imagine the hustle and bustle of people leaving their carriages, walking in, removing their pelisses and changing their shoes, while greeting and being introduced to old and new friends.

Jane danced in the Great Ballroom (below). The room, designed by John Wood the younger,  is beautiful, with five huge sparkling crystal chandeliers hanging from the ceiling. 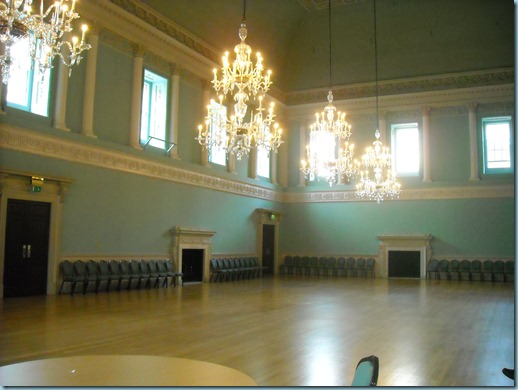 Here, on a busy night, the only thing that Catherine Morland and Mrs Allen (Northanger Abbey) were able to see were the feathers of the ladies’ headdresses. It must have been hot, with fires on in the fancy fireplaces. 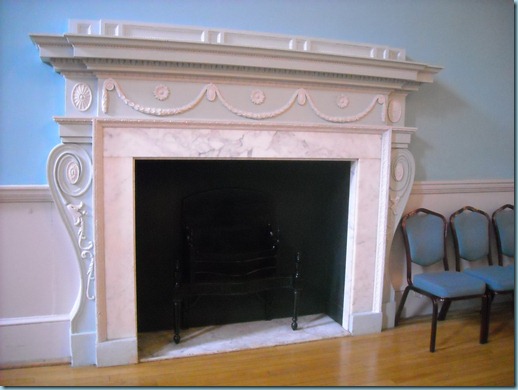 Music would be playing from the elegant curved balcony. 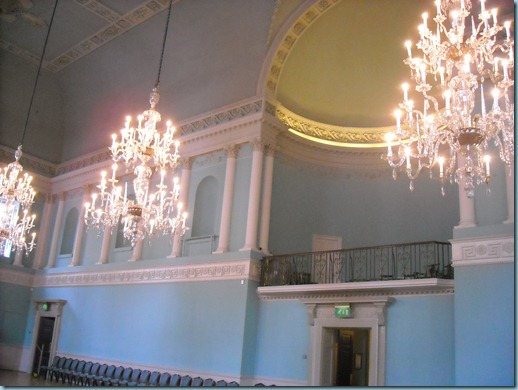 In the Octagon Room, gentlemen would play cards  and lose fortunes. 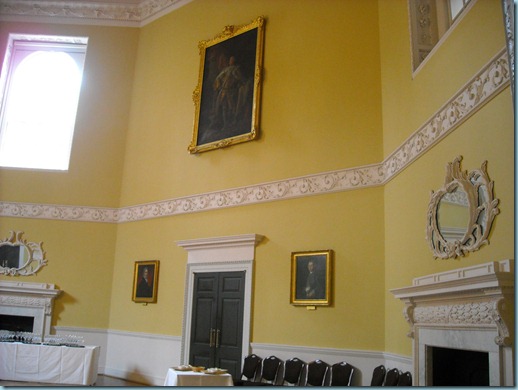 In between dances, people would retire to the Tea Room for some refreshments. 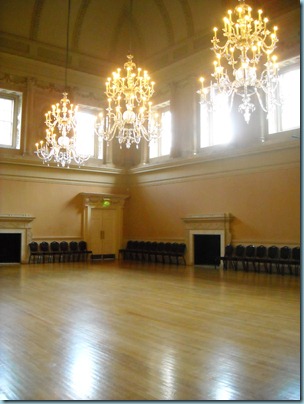 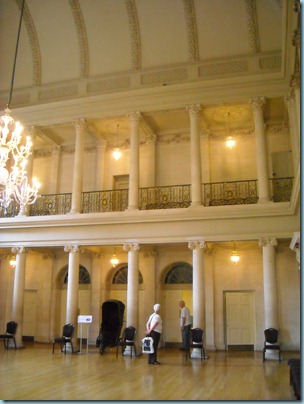 After seeing the Assembly Rooms, I headed towards Bath’s hottest property – Royal Crescent - a short walk away. This is where people would go for a stroll and socialise with fine society. 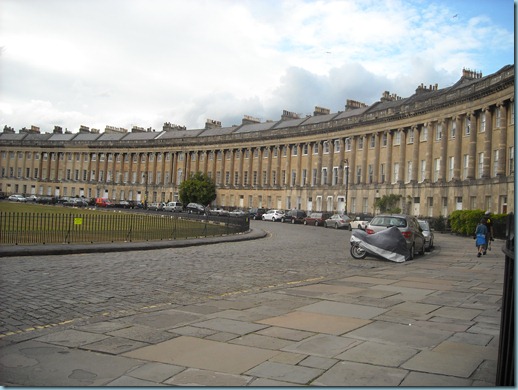 At No 1. Royal Crescent, there is a very interesting Georgian house museum, where you can learn about the lifestyle in Jane’s times. The guides at the museum were very helpful and knowledgeable.

From here, I walked towards Pulteney Bridge. The old Bridge is large and sturdy and houses many shops. 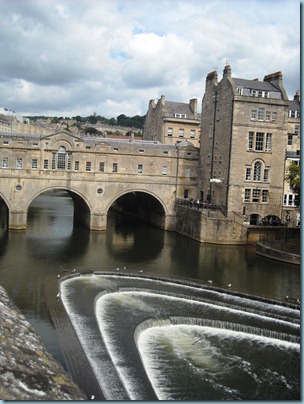 I crossed the river and entered Pulteney Street. 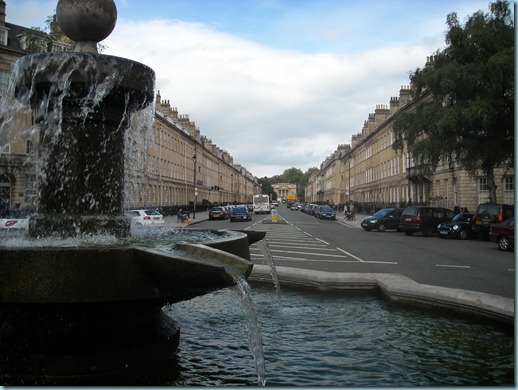 These classical terraces are where, in Northanger Abbey, Catherine Morland and the Allens have lodgings. 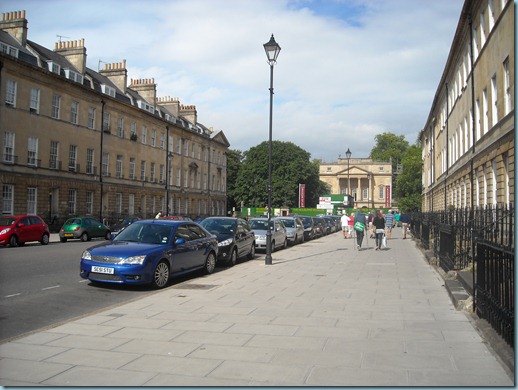 At the end of the street, there is a museum, which was a hotel in Jane’s days. The museum is situated in Sydney Gardens, which used to be a popular place for amusements. Jane saw a maze here and attended public breakfasts, musical evenings and fireworks in the gardens.

I turned to Sydney Place, which was the first place where Jane lived when the Austen family moved to Bath. Number 4 is a simple terraced house, which used to have lovely views over the gardens. 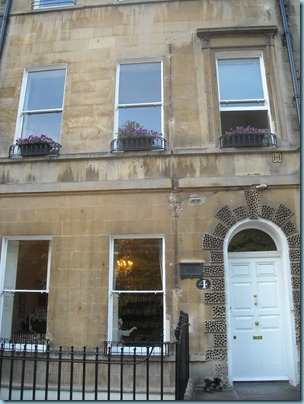 Jane lived here for 4 years and during this time, she revised Susan (later Northanger Abbey). She also started a new novel called The Watsons, which she never finished, perhaps feeling uninspired, as she was unhappy in Bath. 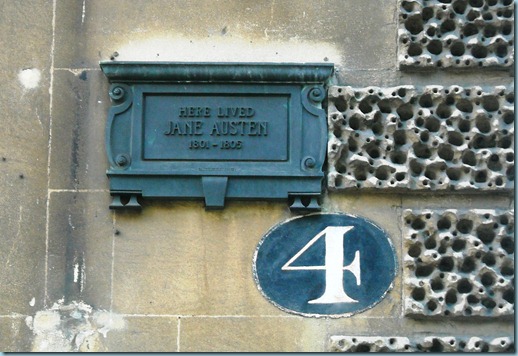 The current residents seem to have a sense of humour, as they have installed a cardboard life-size figure of Jane Austen behind the window, waving at all the dozens of curious tourists (myself included) that come and see the house. 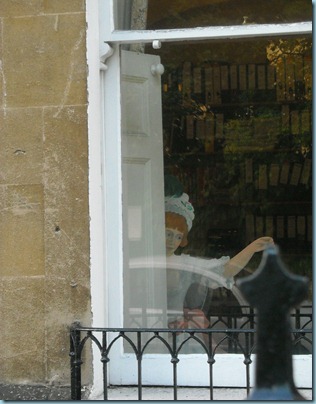 I left Sydney Place  and walked back to the city centre. I went to Gay Street (where I visited the Jane Austen Centre on the day before) to see Number 25. This is where Jane and her mother lived for a few months in 1805. 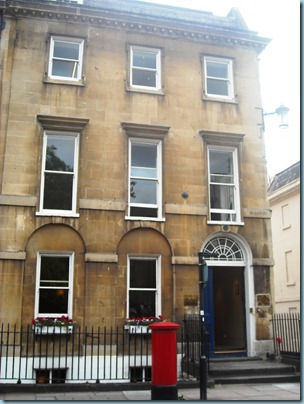 The family also resided in nearby Trim Street for some time. 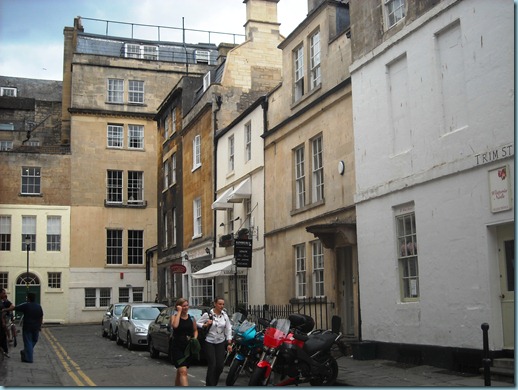 As Jane’s father’s health deteriorated, the Austens moved to Charles Place, to be close to the Pump Rooms. It was in Bath that Mr Austen passed away.

To finish my walking tour of Bath, I walked uphill towards Belvedere. I walked down to Hedgemead Gardens, from where I had a beautiful view of Walcot Church, where Jane’s parents were married, and where her father is buried. 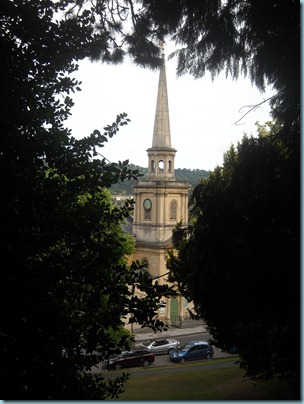 Although Jane grieved her father’s death, she must have been relieved to leave Bath, where she never felt at home. She was, after all, a country girl with a country girl’s values.