A Peek of the Abbey School

I recently made a short trip to Reading. Why? It’s not the most fascinating city as such – especially to someone as interested in history as I am – but it does have one attraction that was on my list: the Abbey Gateway where Jane Austen went to school.


I wanted to get a glimpse of the building where Jane lived at around the age of 10. This was the second time that Jane went to school, and it was to be her last – the education provided at home turned out to be more useful for Jane and her sister Cassandra than that provided at the Abbey School. 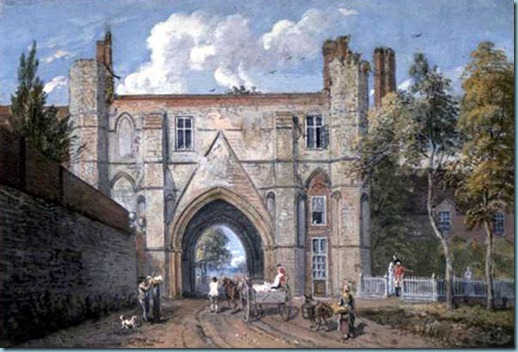 Picture from http://bit.ly/9ScrYf
The school was kept by a Mrs Latournelle, who had a somewhat casual approach to education. Unlike the boys, who would spend hours cramming the classics, girls would study for an hour each morning and were free for the rest of the day. They were mainly taught accomplishments, such as dancing, drawing, French and needlework – subjects considered to be useful for girls who would never enter academics. Jane’s stint at the Abbey School ended at the age of 11, after just 18 months there, and she would never again receive formal education.


The Abbey School was situated in the Abbey Gateway, which was one of the many entrances to the medieval monastery. The monastery is now a ruin, but the Gateway has been heavily restored.


To reach the Gateway, I walked through the town centre to Forbury Gardens. The gardens are lovely and there is a small, quaint church, St James’s Church, on the other side. The gardens didn’t exist in Jane Austen’s days, when the area must have been covered by grassland and trees. As I walked through the gardens, I could see the Abbey Gateway on the right hand side, right opposite the garden gates. It was in very good condition, yet it looked typically gothic, with the arched windows, towers and such. The abbey ruins themselves must have given Jane some inspiration for Northanger Abbey later in life! 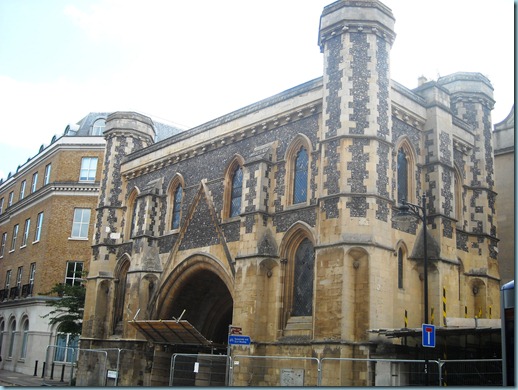 As you can see, the surrounding buildings were a much more modern mixture of architecture.  You really have to use your imagination to picture the milieu as it was in the old painting with stone walls and trees. 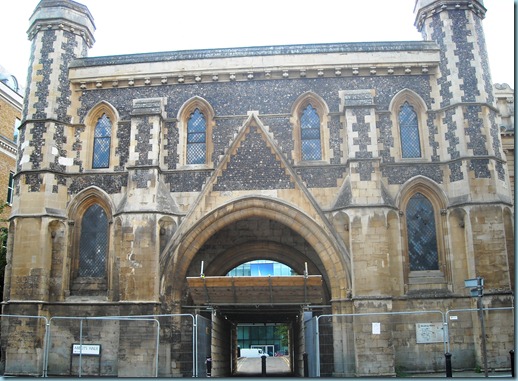 The building looked quite small, and most of the lessons did take place in a building next to the Gateway. Unfortunately the Gateway is being restored and is currently not open to visitors, so there was no chance to see the interiors of the building. Perhaps next time? 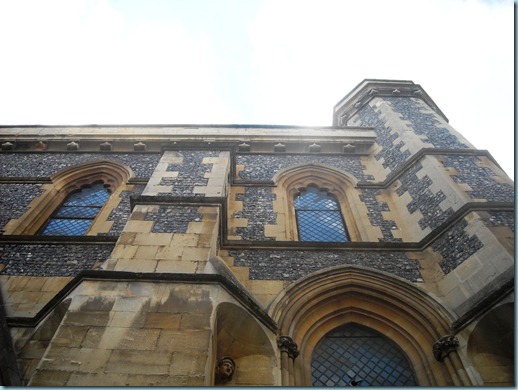