Beaus and Bonnets Back in Bath

Yesterday, I was excited to attend the Jane Austen Festival in Bath after a long break of 2 years. I wasn't sure how grand the festivities would be this time around and, unsurprisingly, the number of visitors was somewhat reduced this year, but you wouldn't notice it, as it felt as festive as always (with some precautions of course).

As usual, I attended the day of the Promenade, which is my favourite event in the festival. It's always an exciting moment to enter Bath and spot many others in beautiful Regency attire walk down the ever-so-elegant streets of Bath. 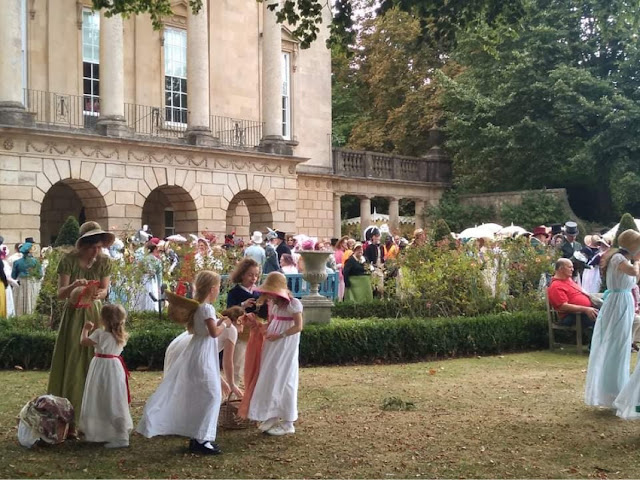 The promenade started off with a gathering at Holburne Museum (in Sydney Gardens opposite a house where Jane Austen used to live!), with dancing from a group of young dancers and music by a military band. Then, the town crier solemnly announced the departure of the parade. 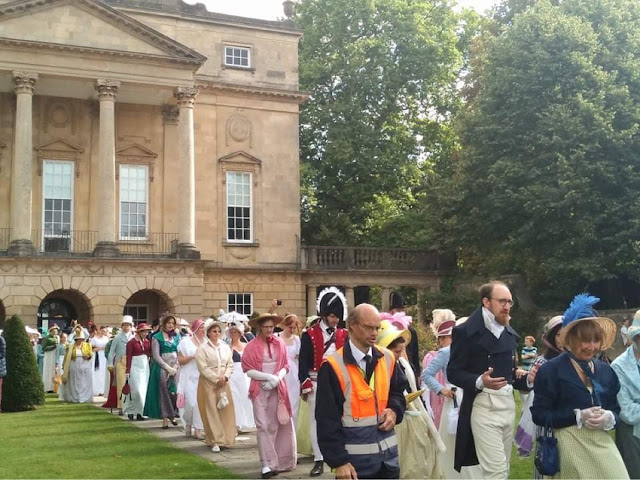 This time, we promenaded the streets of Bath for an hour, chatting away in the glorious sunshine until we reached Parade Gardens where we dispersed to catch up with acquintances. 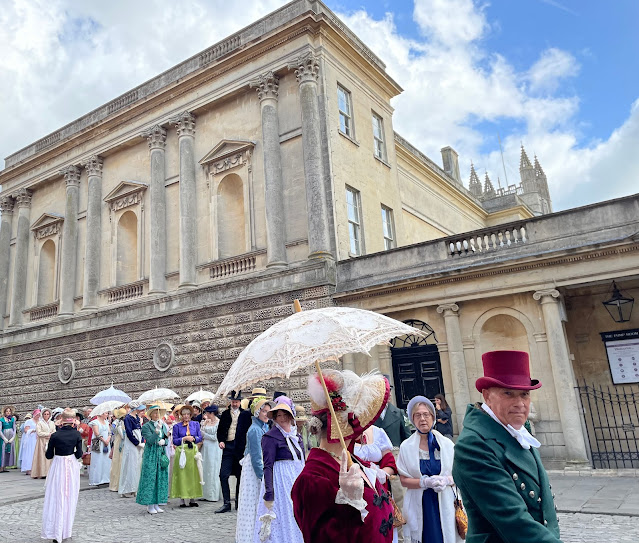 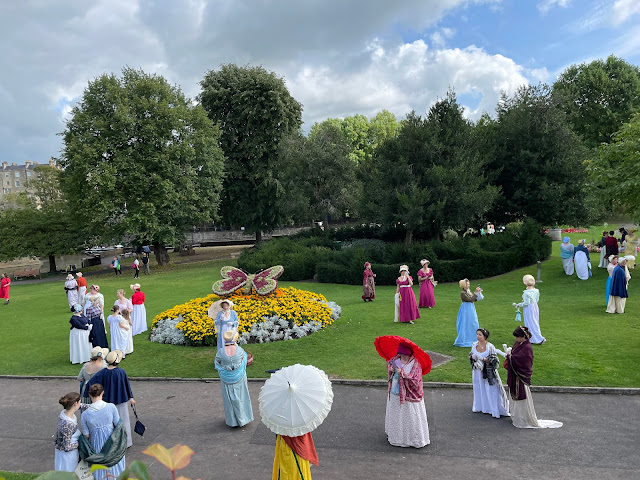 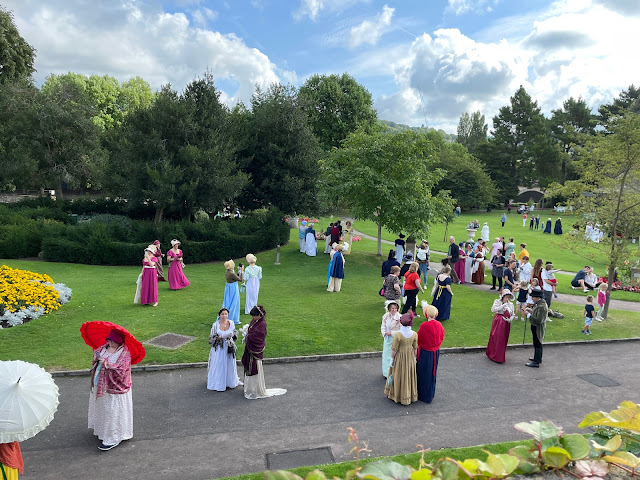 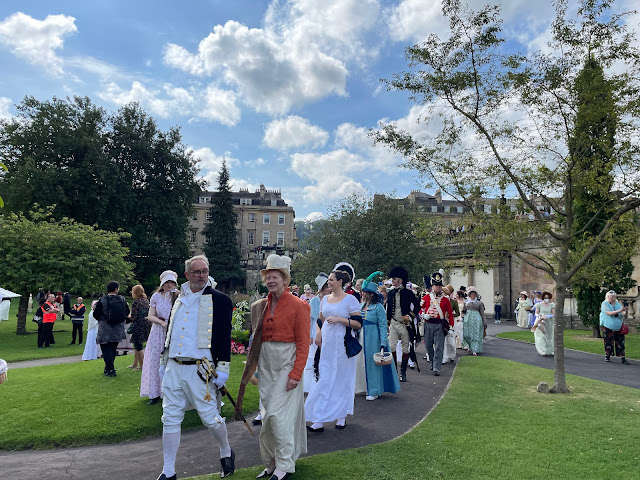 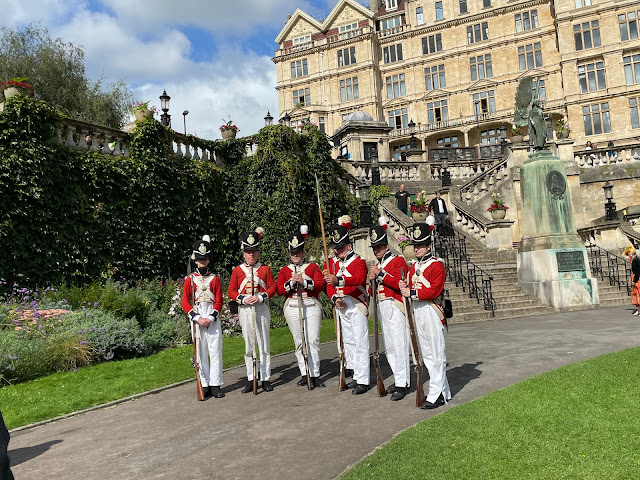 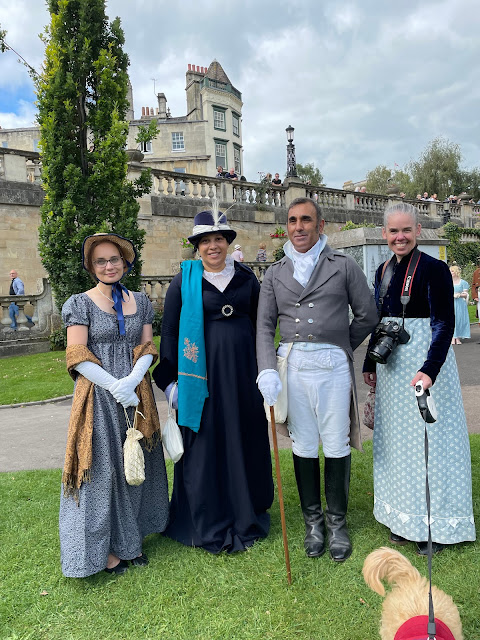 After the promenade, I attended the Festival Fayre to browse some Regency clothes and accessories. I also attended a theatrical walk called "Austen Undone", a production by the Natural Theatre Company, which is a hilarious adventure into Regency Bath, including some ideas from Jane Austen's characters and her humour. 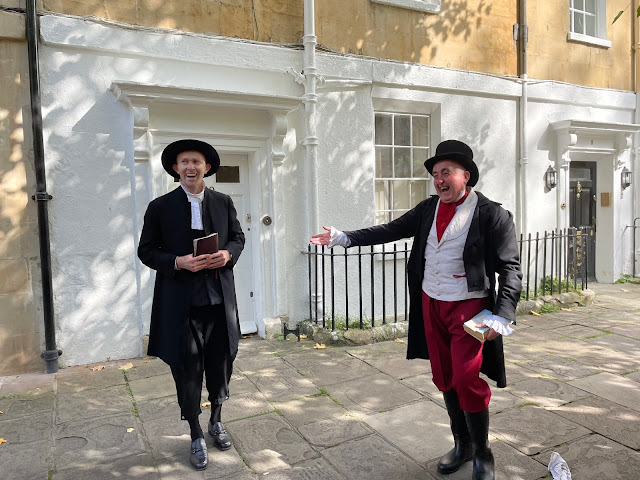 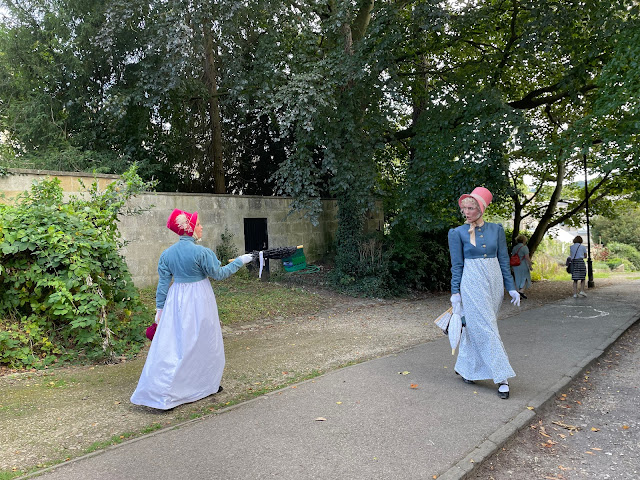 A day well spent - I wish I could have stayed longer but look forward to next year's festival, fingers crossed! 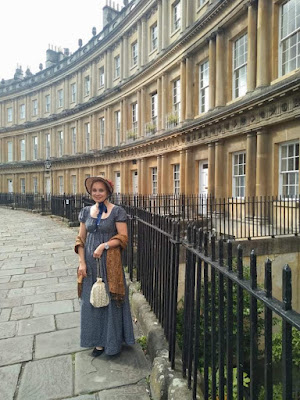