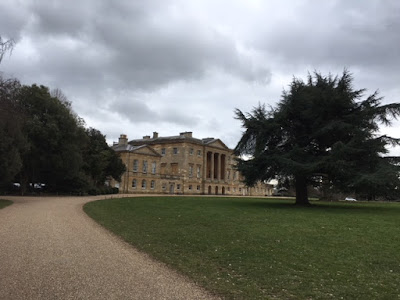 Yesterday I visited Basildon Park, a large, beautiful Georgian country house owned by the National Trust and situated in the Thames Valley in Berkshire, down the road from Reading. I had been hoping to visit the place for quite some time, as the mansion is famous for serving as a filming location for several period dramas, such as Downton Abbey, the Duchess, and Pride and Prejudice (2005). 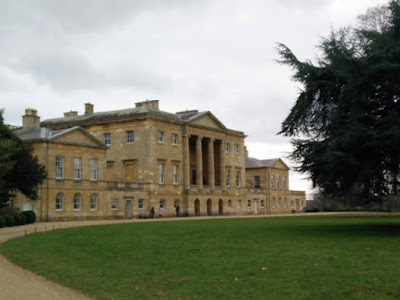 Admittedly, I am no fan of the 2005 version of Pride and Prejudice, as I am only too conscious of the historical inaccuracies in this adaptation of one of my favourite novels. However, I do admit that many of the locations in the film are gorgeous and, cinematographically, the film does have some beautiful scenes in it. 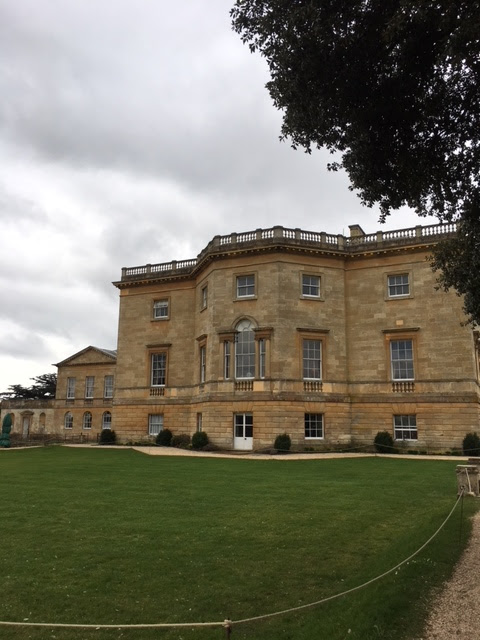 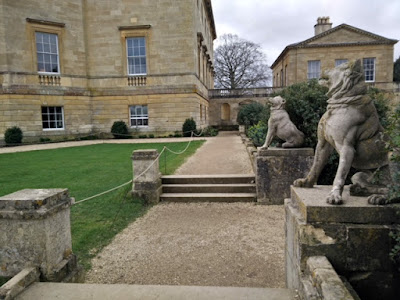 In the film, Basildon Park is the location of Netherfield, Mr Bingley's home. The two main scenes filmed there include the Netherfield Ball (filmed in the dining room) and Lizzy's visit to Netherfield (filmed in the Octagon Room). The Dining Room (below) was also used as a location for the Downton Abbey London home. 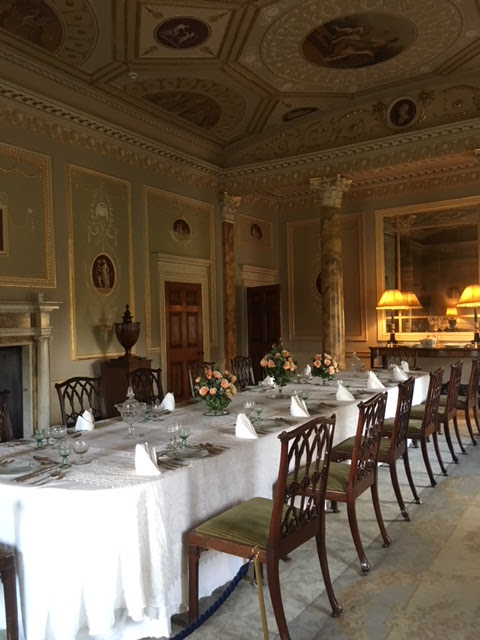 A volunteer, who was there during the shooting of Pride and Prejudice, interestingly told me that the filming day was an extremely hot summer's day. There were up to 200 people in the Dining Room at any one time with the dancers, the orchestra, and the filming crew all packed in these sweaty conditions. The number of people seems very large, as the room is not as spacious at it appears on film, with a large mirror mounted on the back wall creating an illusion of extra space. In addition, there were decorated boards covering the original design of the walls, making the room even smaller! The furniture was obviously moved from the room, as was the 200-year-old carpet, for the duration of the dancing. 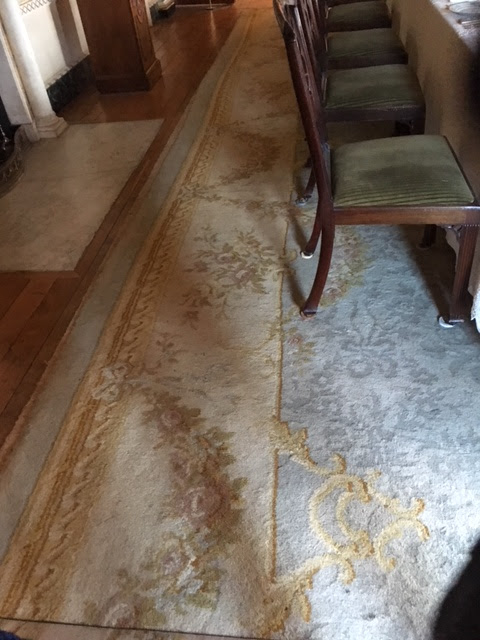 The allegedly 200-year-old carpet that was rolled up and stored in the attic for the duration of the filming.

The Octagon Room (below) was the scene of some prickly repartee, where Mr Darcy and Mr Bingley admire the ladies and pass some comments while  Lizzy takes a turn about the room with Miss Bingley. Here, too, the original crimson-coloured walls walls were covered with pastel-coloured board, changing the entire look of the room. 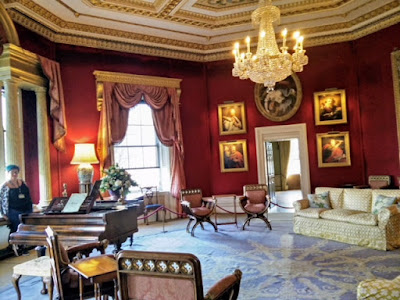 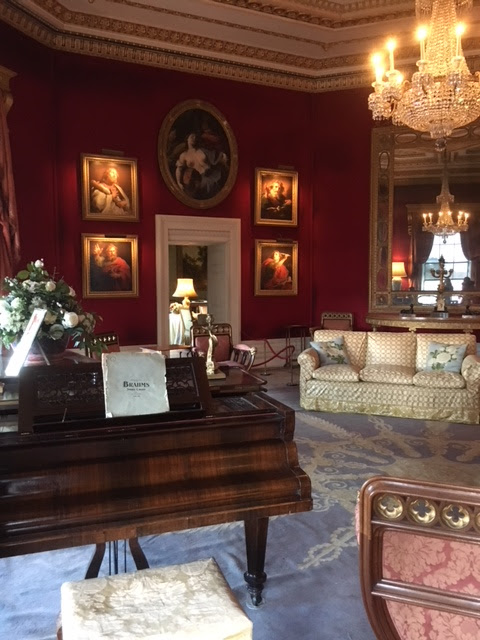 The mansion itself dates back to the 18th Century (Georgian era) and was commissioned by Francis Sykes in 1771. Having made a fortune in the East India Company, Sykes was looking for a home befitting his status, and Basildon Park just served the purpose. For this reason, there is a room dedicated to India downstairs (below), beautifully decorated with elaborate landscape wallpaper. The room displays Indian items of clothing and stories written by people about their memories from India. I almost felt like writing a memoir of my own and adding it in! Or perhaps I could have added the bit about Jane Austen and her Colonial Connections... 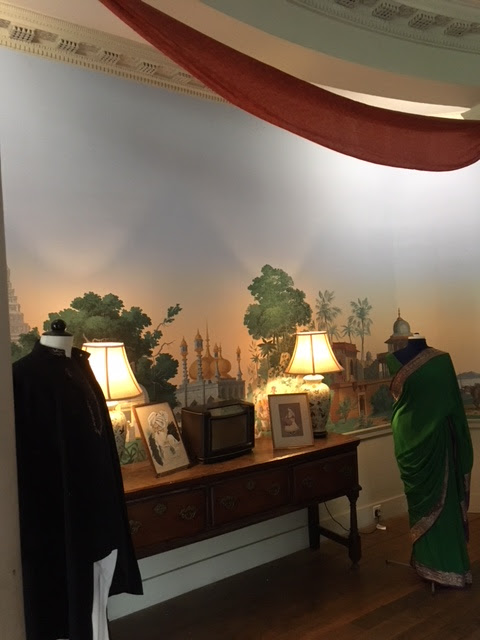 A kurta and a sari and pictures of Indian nawabs with exotic wallpaper.


Some of the original Georgian features were still there, such as this beautiful ceiling decorated with plasterwork. 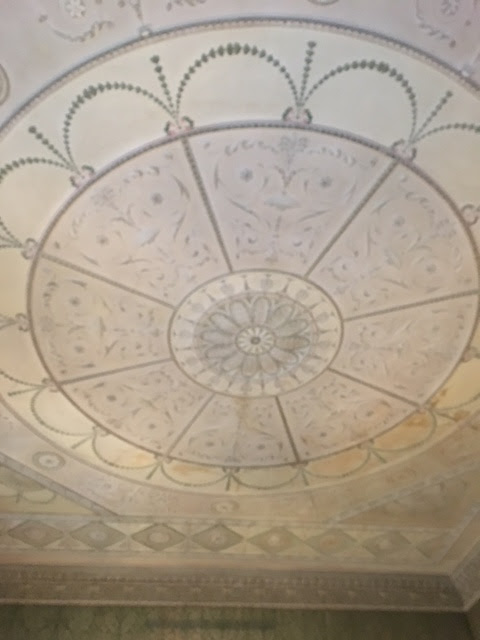 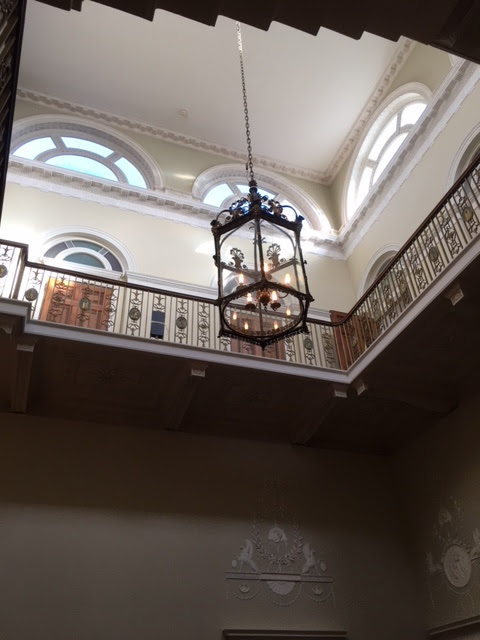 We also had a look at the bedrooms, some of which still had a period design. 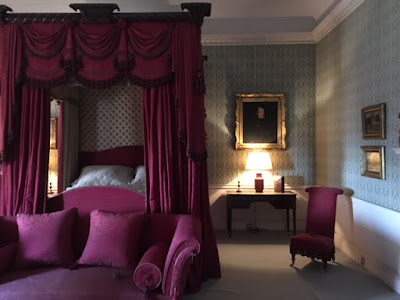 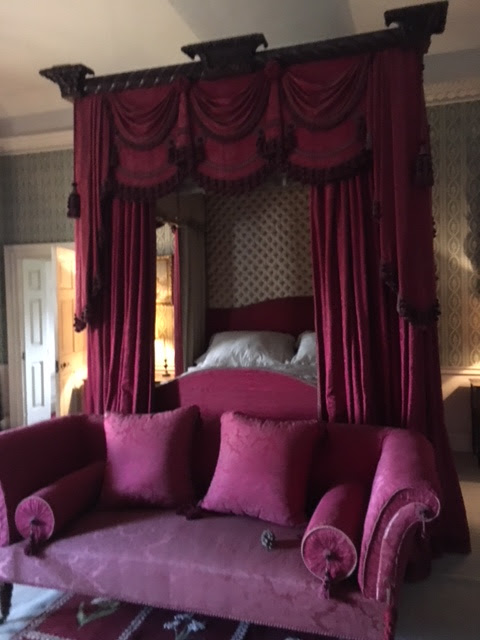 This regal-looking four-poster bed dates back to the 1820s. 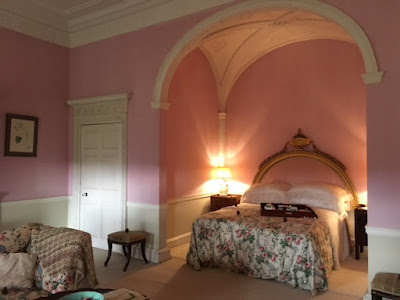 This one was more modern, with textiles designed by the the last resident of the house, Lady Ilyffe.


The drawing room displayed some impressive paintings from the family collection. 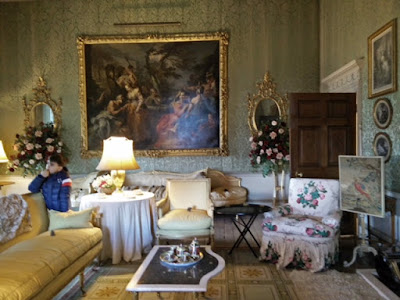 I thoroughly enjoyed my visit to Basildon Park and its beautiful parkland, with glimpses of the Thames flowing right below (almost visible in the picture below)... 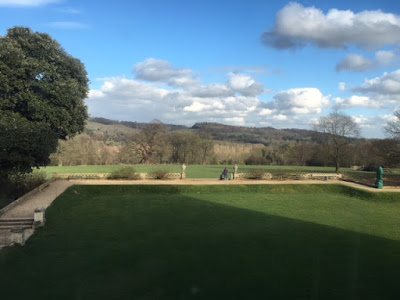 Email ThisBlogThis!Share to TwitterShare to FacebookShare to Pinterest
Labels: Movies, Pride and Prejudice