Look Inside A Typical Regency Wedding 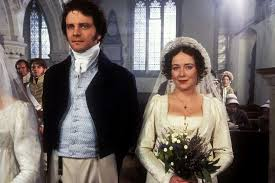 Having seen a glimpse of a Regency wedding in most adaptations of Jane Austen, you must have wondered what a wedding would be like? Would there be lots of planning involved? What would people wear and eat? Would there be dancing?

Well the answer is: Regency weddings were very simple affairs. Caroline Austen, Jane's niece, wrote a fascinating memoir in her old age during the Victorian times, and recalls the weddings of her childhood being very quiet occasions.

In 1814, Caroline Austen writes about her sister's wedding to Benjamin Lefroy in Steventon: "Weddings were then usually very quiet. The old fashion of festivity and publicity had quite gone by, and was universally condemned as showing the great bad taste of all former generations."

Unlike in modern days, where brides and grooms plan their special day for months, even years in advance, in Regency times there was less planning involved. Unless she was of royalty, the bride would not wear a unique dress but wear her "best dress" and it wouldn't always be white - although white was a fashionable colour to wear to any occasion at the time. 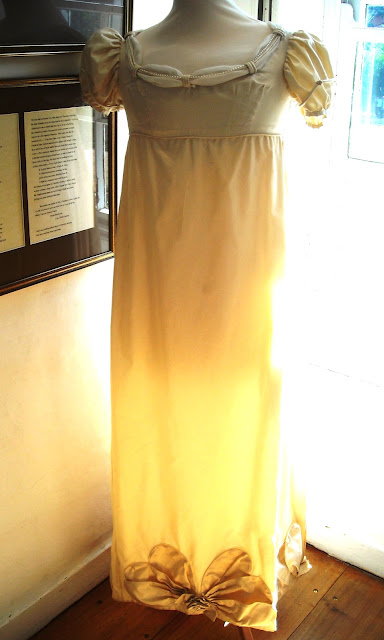 Caroline was one of the bridesmaids together with Anne Lefroy. "I and Anne Lefroy, nine and six years old, wore white frocks and had white ribband on our straw bonnets, which, I suppose, were new for the occasion."

People would often walk to the wedding, although some went by carriage. Caroline writes, "We in the house had a slight early breakfast upstairs; and between 9 and 10 the bride, my mother, Mrs Lefroy, Anne and myself, were taken to church in our carriage.  All the gentlemen walked." 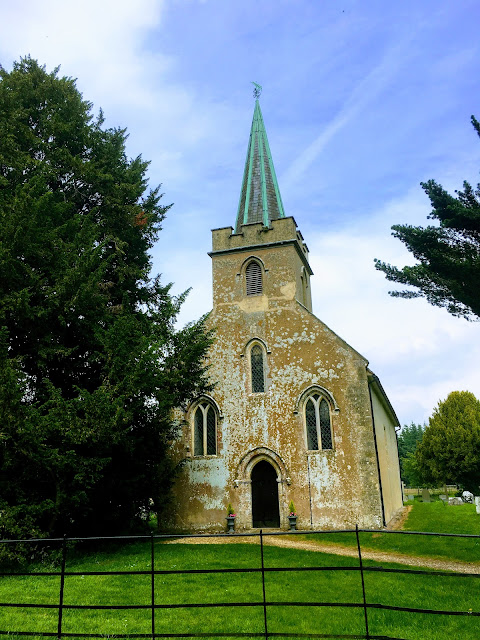 At the church. there would be a simple ceremony and traditional readings from the Book of Common Prayer. As is still common today, fathers would walk their daughters down the aisle. Caroline writes, "Mr Lefroy read the service, my father gave his daughter away." Rings were then exchanged and the church books were signed. When Jane Austen was a child and spending time at Steventon Church where her father was Rector, Jane Austen imagined herself to be married to fashionable imaginary men and mischieviously wrote in the church records:

"The Banns of Marriage Between Henry Frederic Howard Fitzwilliam of London and Jane Austen of Steventon". 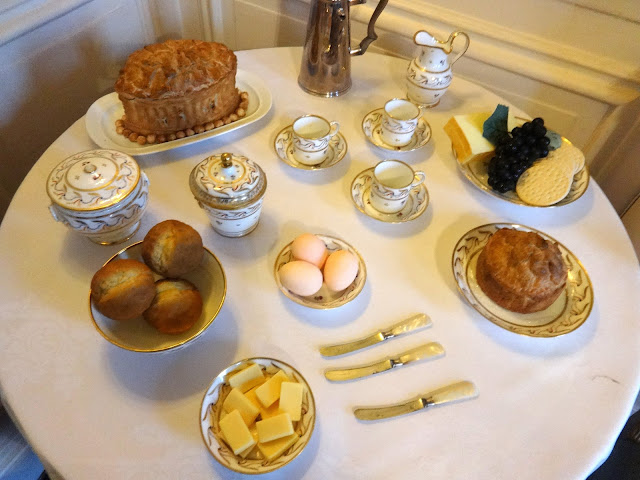 After the ceremony, a wedding breakfast would follow, just for the close family circle. The breakfast sounds like a fairly normal breakfast with the addition of a few special items, as described by Caroline: "The clerk was there... nor was anyone else asked to the breakfast, to which we sat down as soon as we got back... The breakfast was such as best as breakfasts then were: some variety of bread, hot rolls, buttered toast, tongue or ham and eggs. The addition of chocolate at one end of the table, and the wedding cake in the middle, marked the speciality of the day." "Soon after breakfast, the bride and bridegroom departed" for their new home, some would have a short honeymoon the week after.

It sounds like there weren't many invitees to weddings, but the generosity of the family did extend to the servants:  "The servants had cake and punch in the evening".