I recently read Gill Hornby's moving book, "Miss Austen", which focuses on the close relationship between Jane Austen and her elder sister, Cassandra. The Austens were family friends with Reverend Fowle's family, and Cassandra was engaged to be married to their son, Tom, who had been George Austen's pupil at home in Steventon. We know that, after tragically losing Tom to yellow fever, Cassandra continued to stay in touch with the Fowle family, and in this fictional story she visits Tom's sister Isabella in Kintbury at old age in 1840. The story centres around Cassandra's plans to destroy a large collection of Jane's letters in order to protect her legacy - which is generally thought to have happened, but we do not know the real reason for this - and Hornby explores the possible motives that Cassandra might have had at the time. 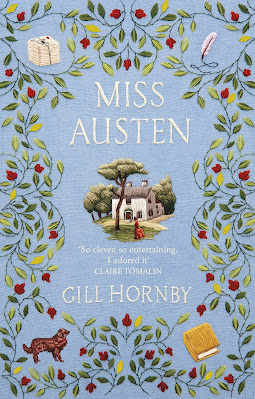 Hornby became fascinated with Cassandra's story when she moved into the old vicarage in Kintbury and was told that the house had a Jane Austen connection. The vicarage was where the Fowles lived, and the Austens are said to have visited them on the way to Bath or Cheltenham.

I came across a heritage walking tour of Kintbury online and was intrigued to explore the milieu familiar to Jane and Cassandra. I drove to Berkshire on a hot August's day and I enjoyed the 3-mile-long walk across the fields and past interesting old properties that the Austens would have seen on their walks. 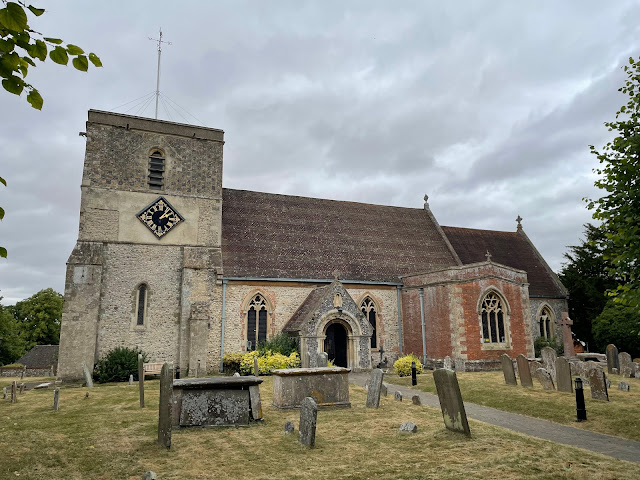 The walk started from the medieval St Mary's Church, which originates from the 12th Century. 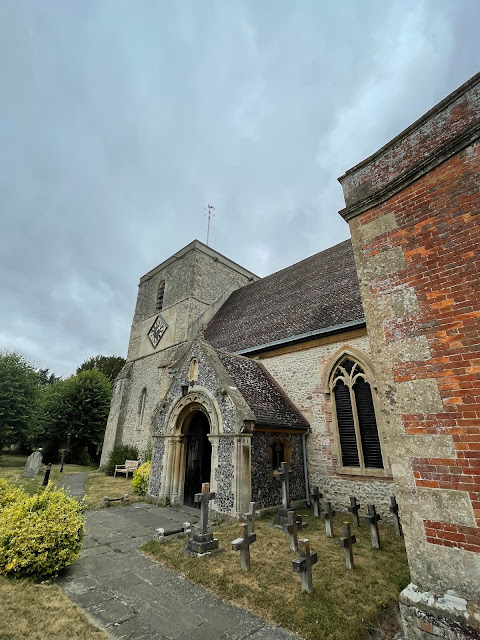 It would have been interesting to find some tombstones of the Fowle family members, but I decided not to spend time browsing through the dozens of moss-covered stones as I had a long walk ahead. 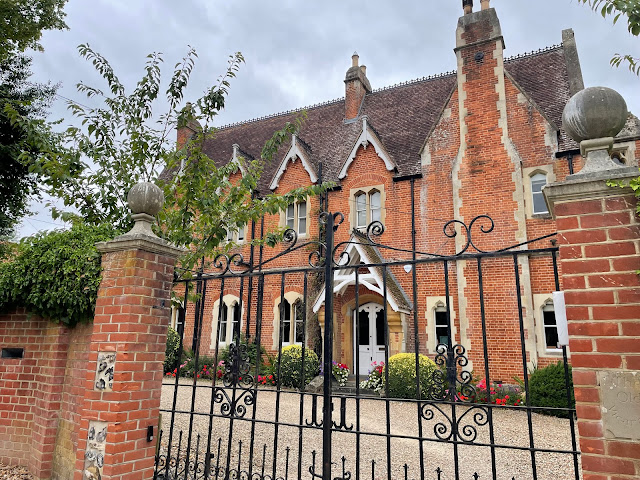 I then walked on and found the Old Vicarage that had been home to the Fowles. The vicarage was in a beautiful, peaceful leafy setting right by the canal of the river Kennet. 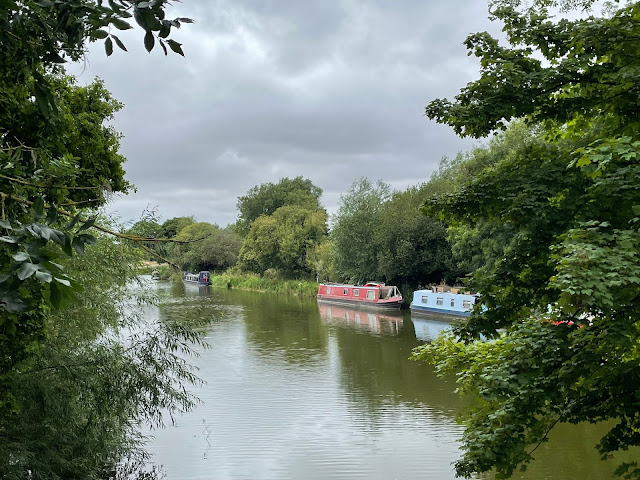 In an interview (linked below), Hornby says that the original house had been pulled down and the current house was built in 1860, but the cellar and the garden have remained as they were at the time of Jane Austen. 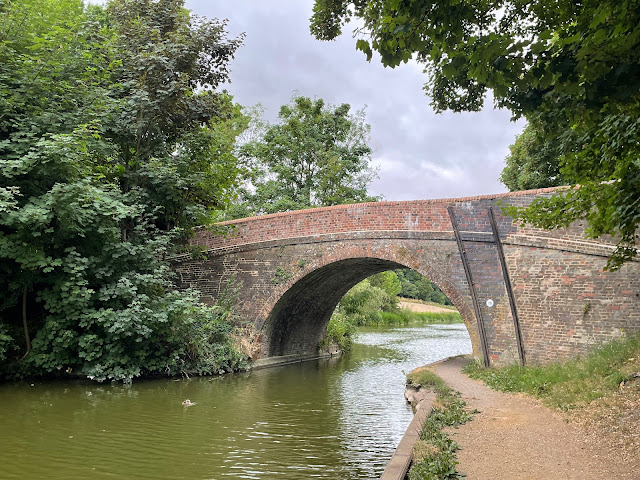 The bridge right next to the property that takes you across is known as the Kintbury Vicarage footbridge and was built in 1810. 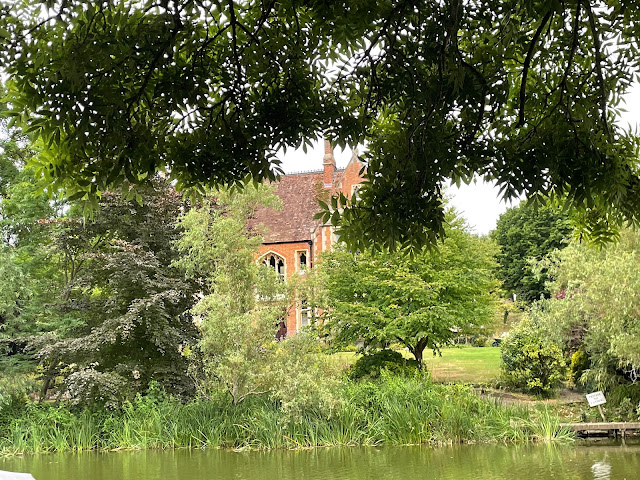 You can get a glimpse of the vicarage from across the canal. 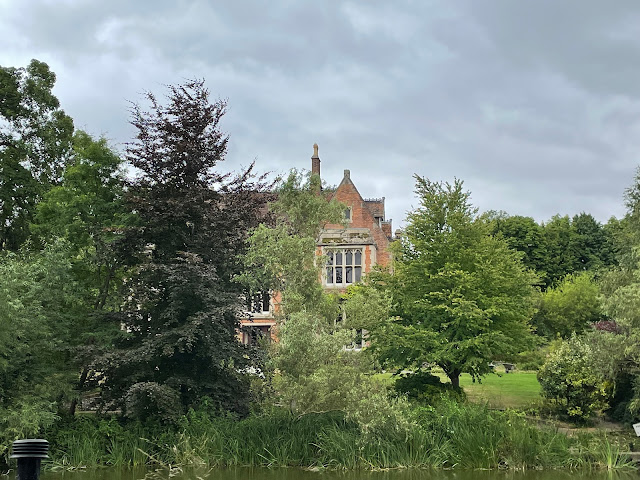 The garden looks large and beautifully landscaped, and we can just imagine the Austen sisters having a pleasant walk around with the Fowles, taking in the lovely landscape - the lush greenery and glittering water on the canal and ducks swimming past. 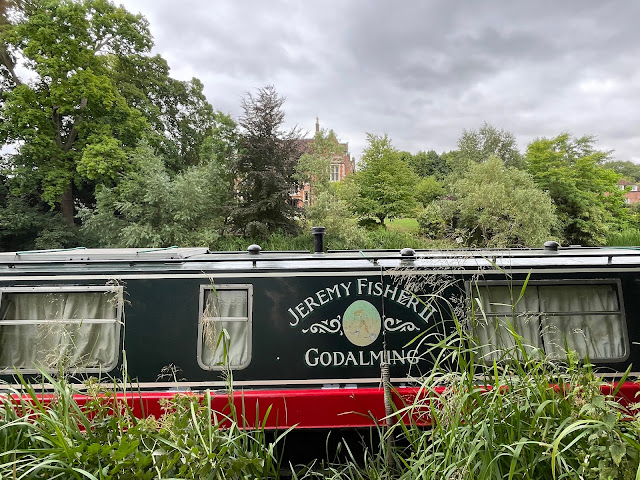 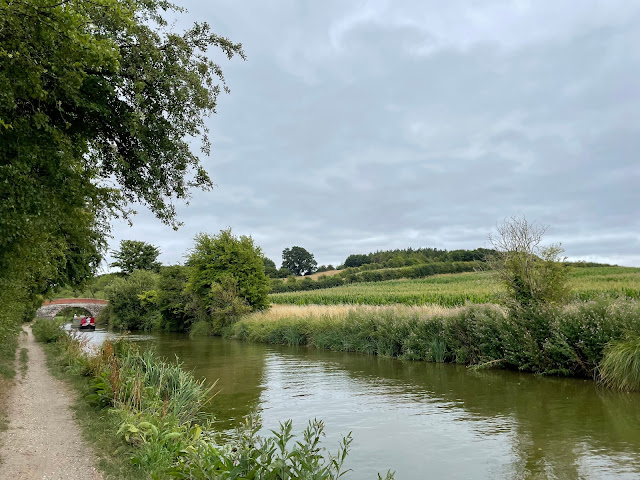 The walk then took me a long way down the canal, past the Kintbury Lock and and some Roman sites as well. 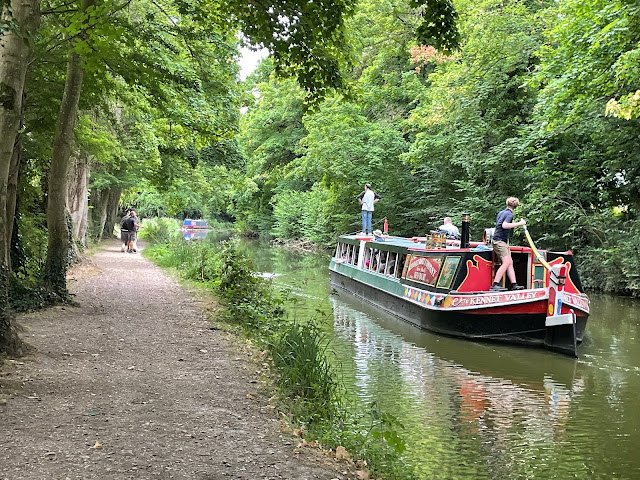 Can you spot the horse ahead?

To my surprise, I came across a large canal boat carrying dozens of tourists, being pulled by a shire horse - an old but painfully slow way to get around. 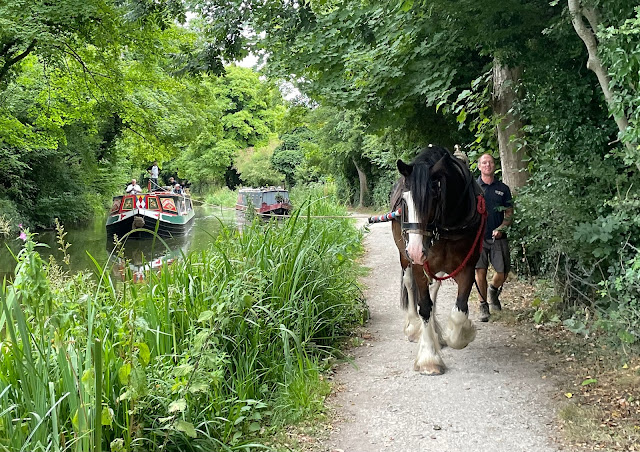 I asked "Drummer's" handler whether the horse would feel tired lugging such a heavy load, and he replied, "no! It's just like when you go through the water", whatever that means! 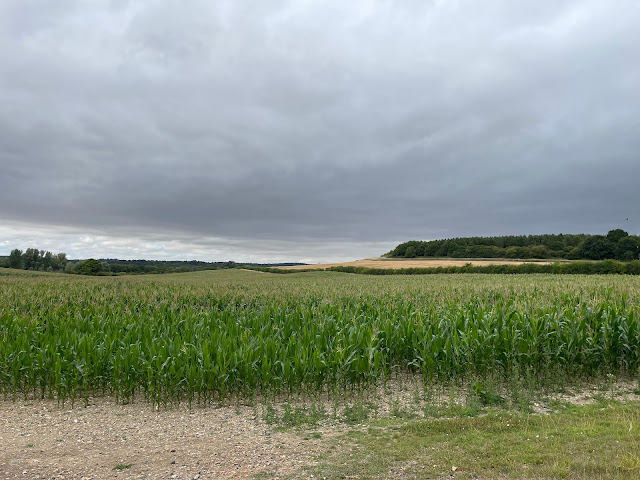 I then walked across the ancient fields, still marked by medieval field boundaries, admiring the rolling hills and golden harvest ready to be reaped. 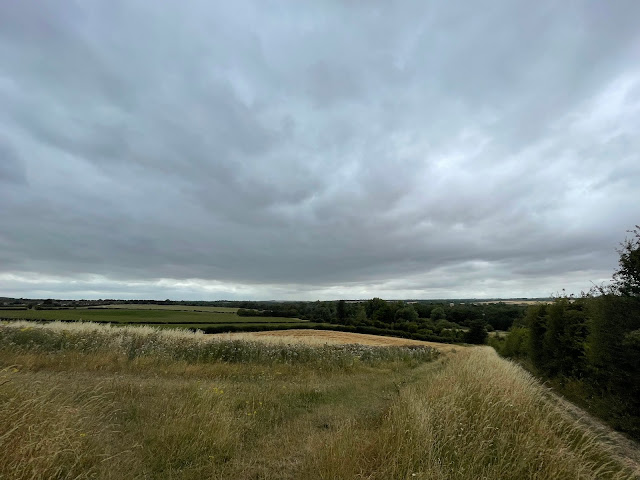 I reflected on how generations of farmers would have ploughed on these fields and built houses around this historic village. 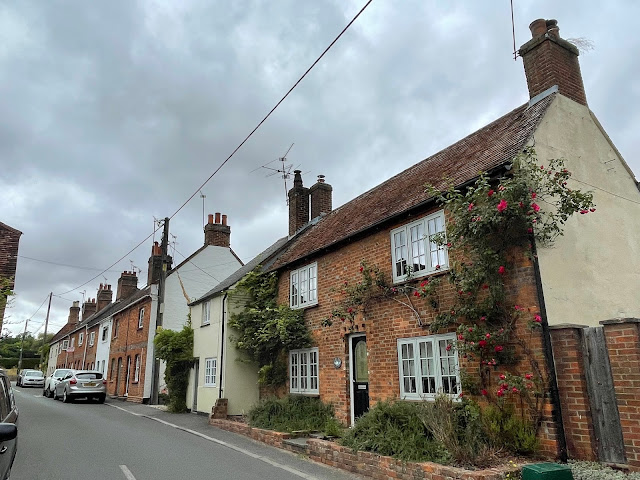 I then walked through the village streets and came across some quaint cottages. 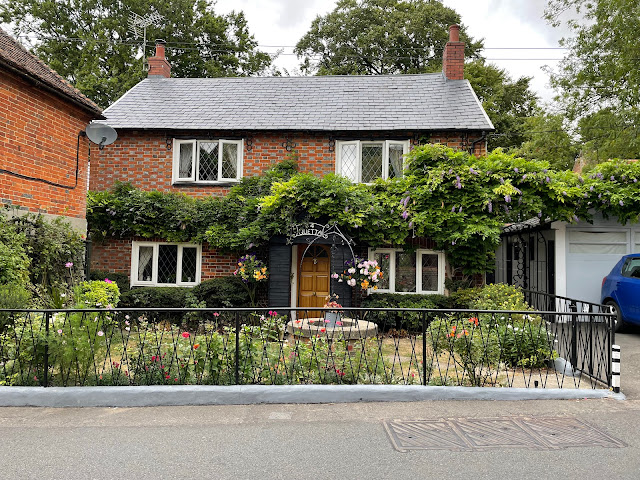 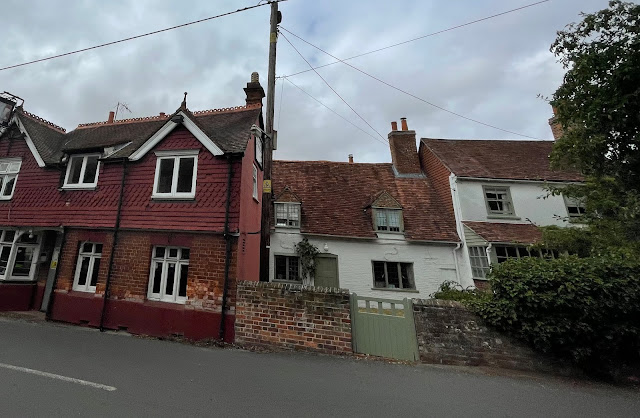 White Lodge (on the right).

White Lodge is a 17th century timber house that had been divided into two cottages. 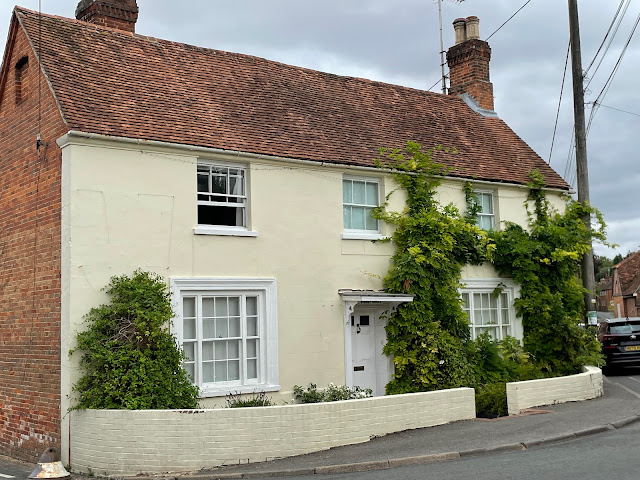 Kennet House would also have been familiar to the Fowles, having been built in the 18th Century.

I walked back to the church and finished my tour there. I thoroughly enjoyed my walk through this quintessential country village so steeped in history.