A Walk Around Chawton House Garden "was a sweet view — sweet to the eye and the mind. English verdure, English culture, English comfort, seen under a sun bright, without being oppressive."

I was delighted to find that the Chawton House Gardens had opened again after a long period of lockdown. It's so lovely to walk around the gardens in the footsteps of Jane Austen, as she must have spent many a happy summer's day strolling around her brother's garden, and there are so many mentions to gardens in her novels. In Edward Austen's estate, Jane found plenty of comfort, and she must have enjoyed the serenity and beauty of this landscape. 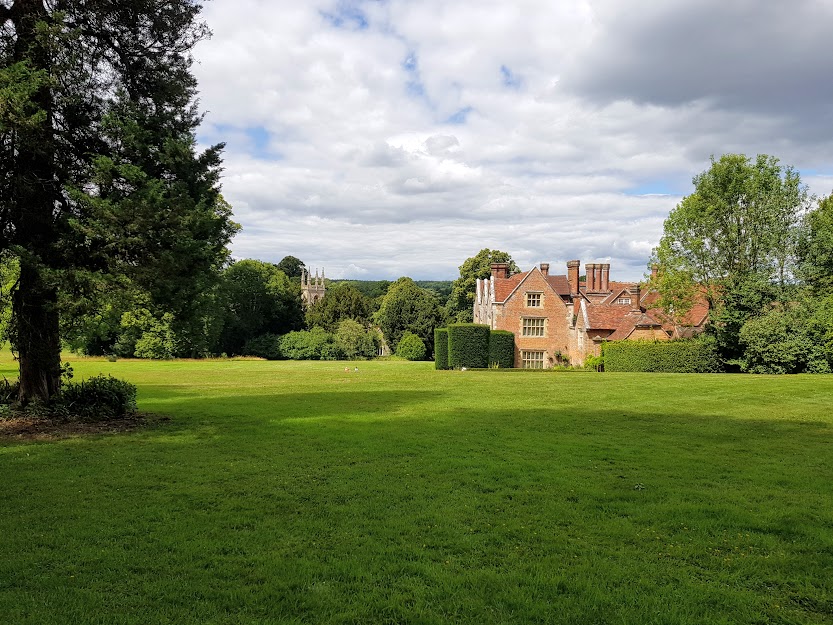 I started my walk from the South Lawn, where I sat down to have my picnic, admiring the green, lush views towards Chawton House. In the early Georgian times, there were formal gardens here, but during the period 1763-1780, these were replaced by parkland in the style of Capability Brown, whose landscaping has become a trademark of 18th century gardens. His style, although carefully designed and executed, leaned towards a more natural style that looked almost untouched. 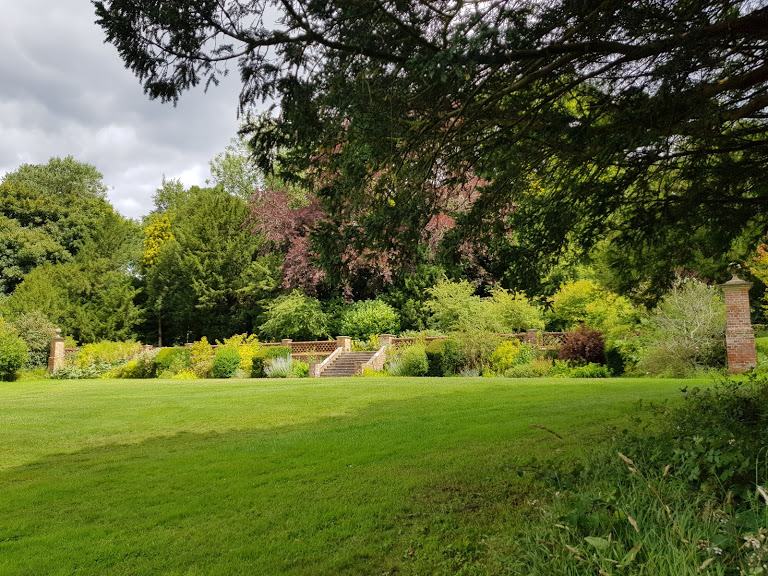 From the South Lawn I walked through to the Upper Terrace, which wasn't there during Jane Austen's times. This terrace was built in ca 1901 by Edward Austen Knight's grandson, Montagu, who revolutionised much of the estate and took excellent care of it, and also built a 'Library Terrace' near the house. 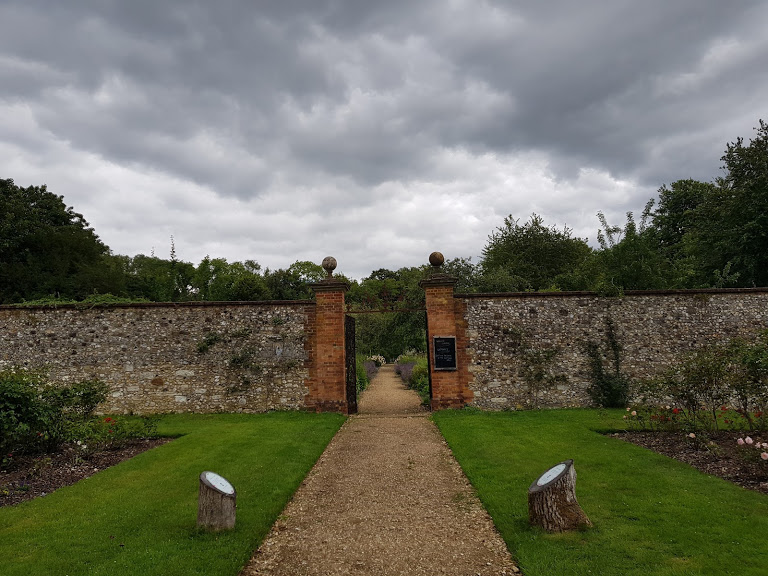 I walked down the path to Edward Austen Knight's walled garden. I love a walled garden, as it reminds me of Frances Hodgson Burnett's "Secret Garden", a story which I loved as a child. 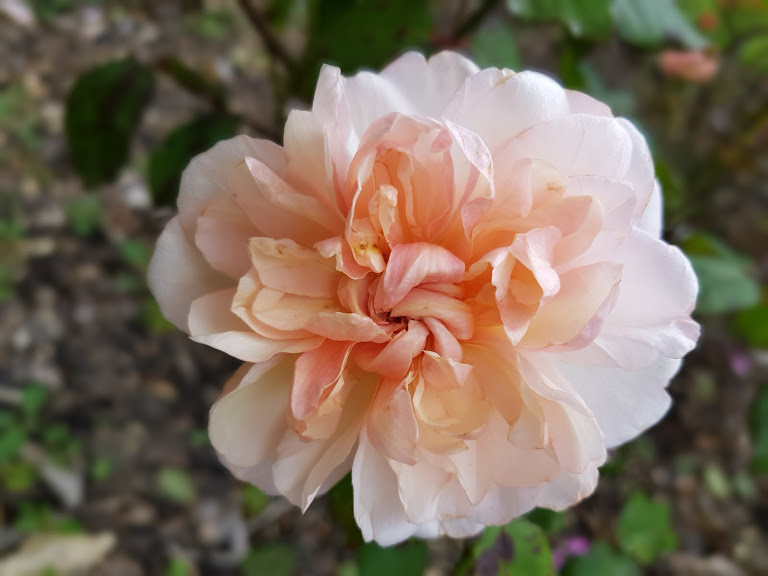 At the end of the 19th century, Montagu Knight divided this garden into two, and created a rose garden in the first half of the garden.

The second half of the garden is a wonderful mismatch of colourful flowers, vegetables and herbs - just like Jane Austen would have known it. 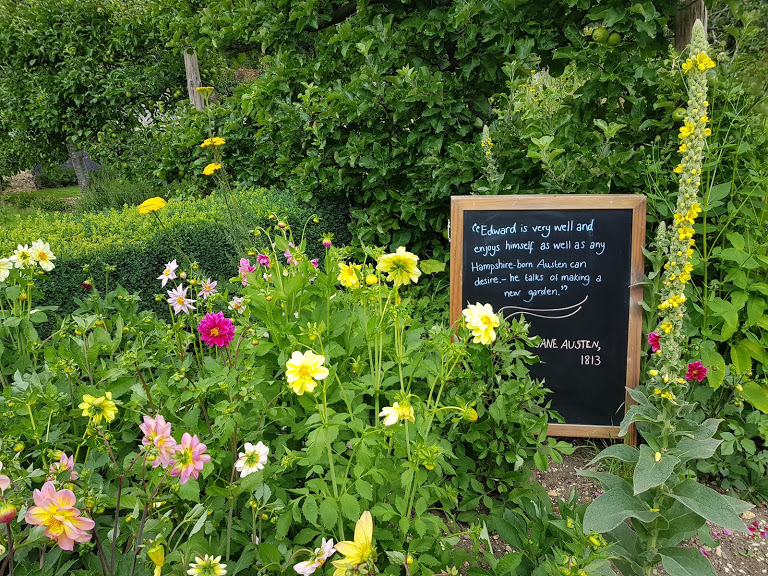 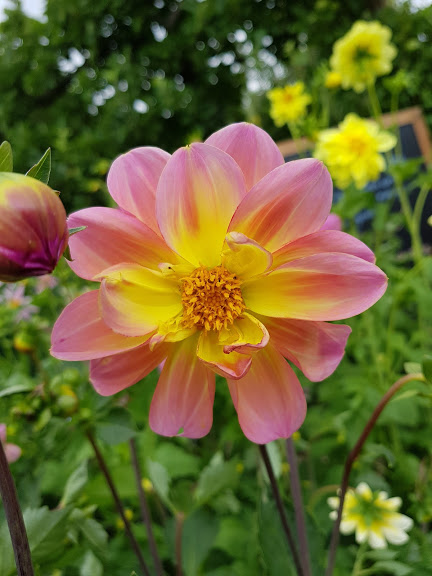 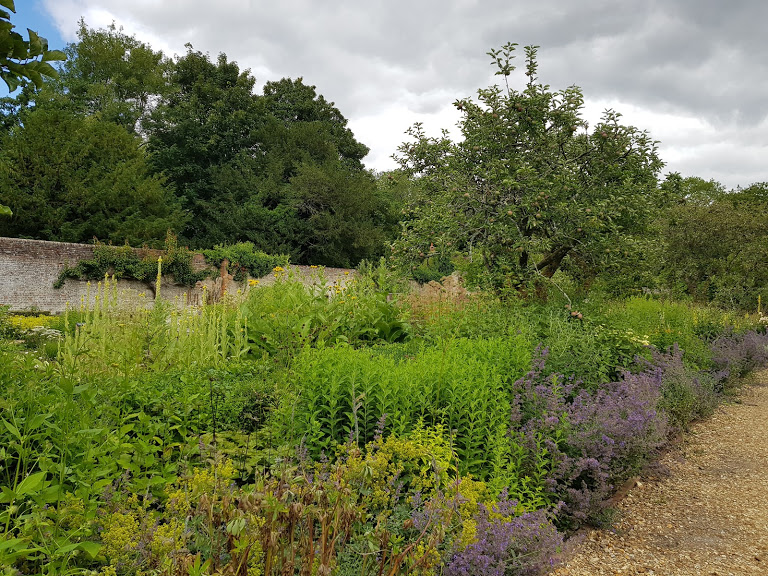 There is a lovely trail around the gardens, with quotes from Jane Austen's books, which reminded me of her wit and cheeky personality. In one of her letters from 1816, Jane Austen mentions that it was difficult for her to write, as she had her "head full of joints of mutton and doses of rhubarb". Obviously she needed to be free of mundane things, such as housework, to be able to concentrate on her work. 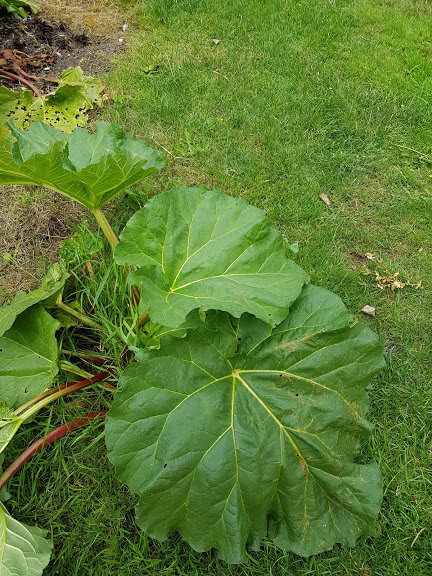 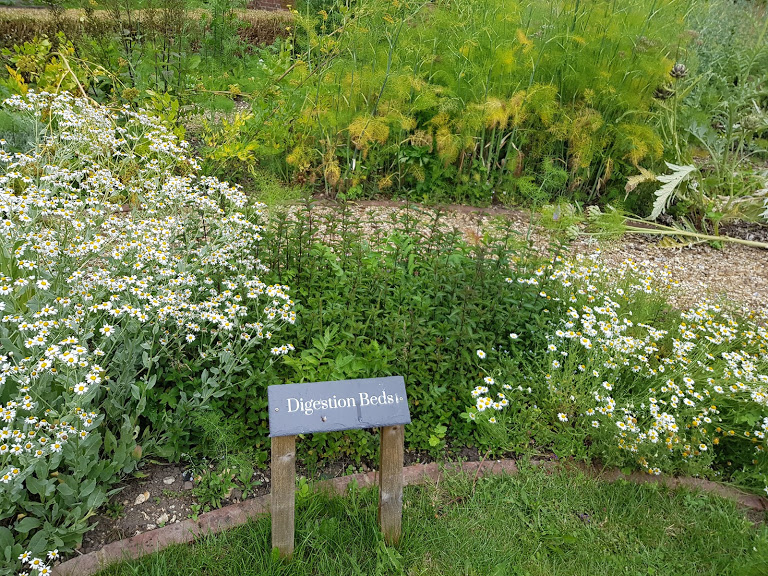 Each quadrant contains ten plants that are curative for a particular body part: head beds, chest beds, digestion beds and skin beds. Seems logical to me - if you had a complaint, you could just head over to that particular part of your garden and get a treatment.

Apple orchards are always such a treat, and I'm pleased to know that Jane Austen was fond of the fruit. 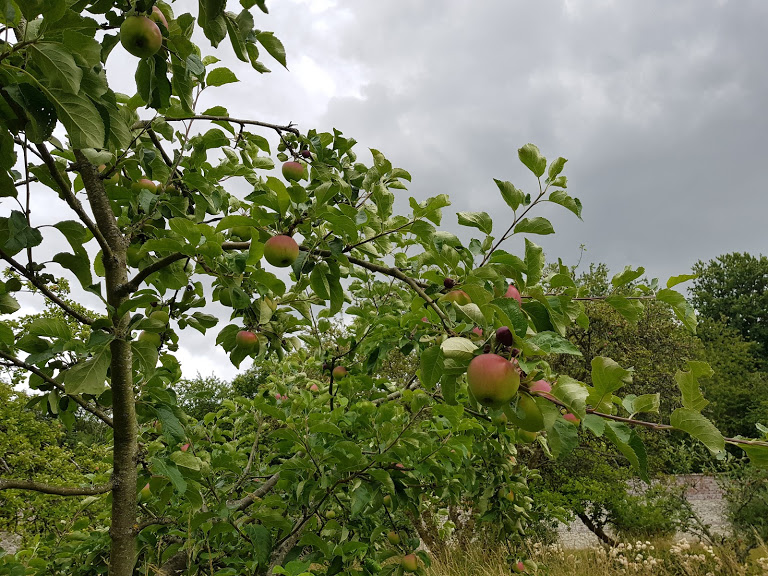 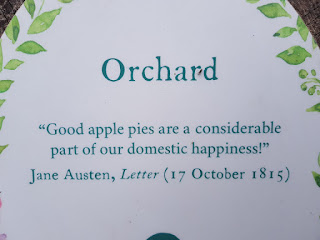 The Austen ladies had apple trees in their own garden, as well as berries. 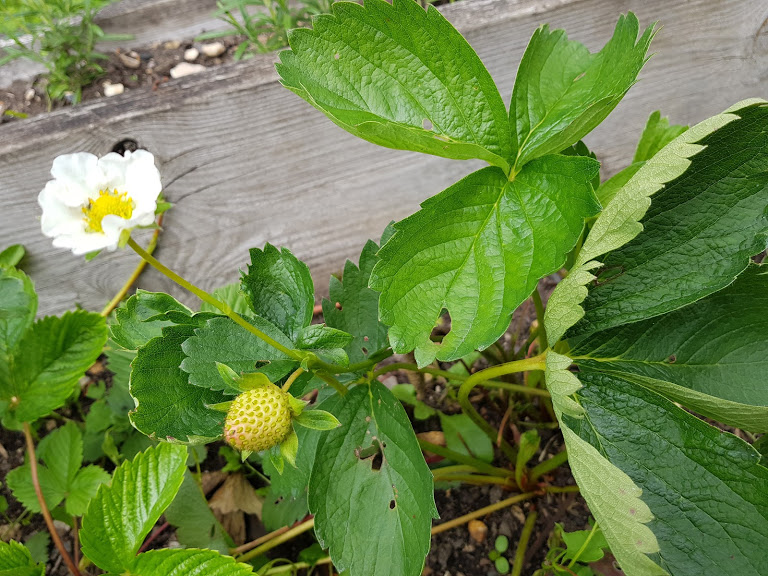 Jane was no stranger to strawberries either. In 1816, she wrote to Cassandra, "Yesterday I had the agreeable surprise of finding several scarlet strawberries quite ripe; had you been at home, this would have been a pleasure lost. There are more gooseberries and fewer currants than I thought at first." I am assuming that these berries grew in their own kitchen garden at Chawton Cottage. 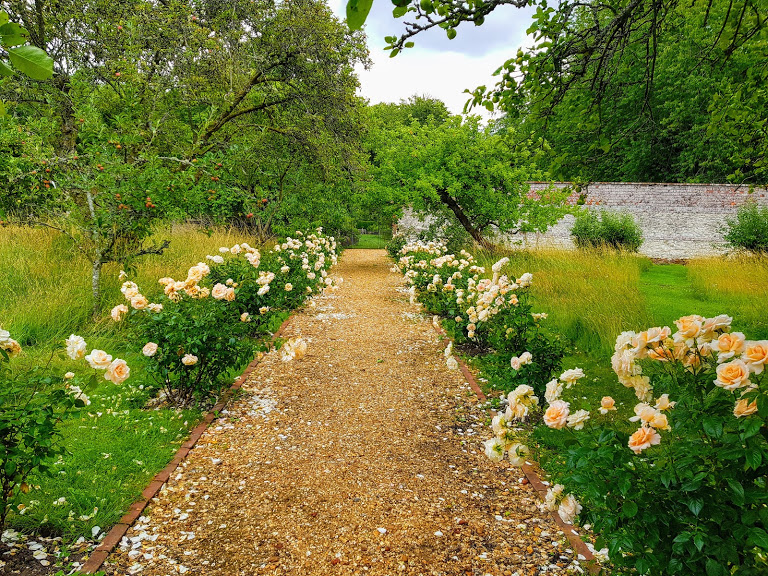 I also enjoyed the rose walk at the end of the walled garden. 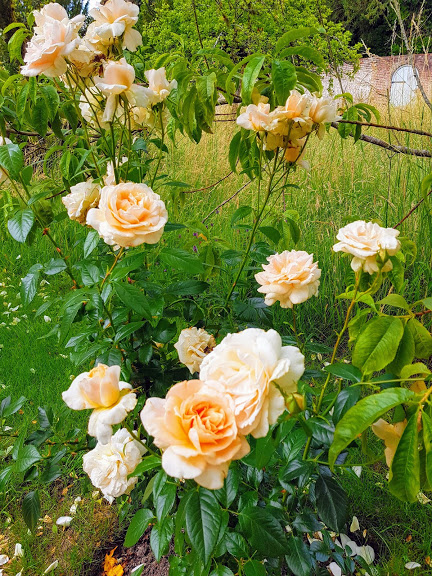 I then walked out of the walled garden towards the shrubbery. 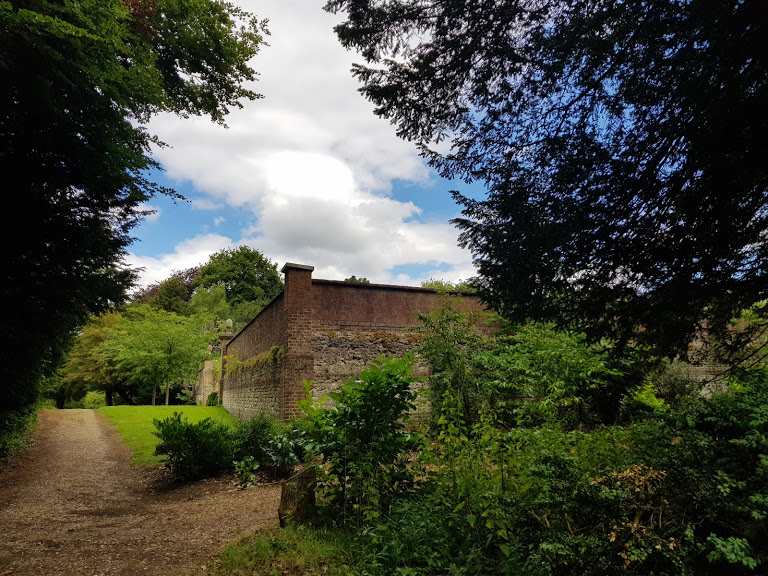 A shrubbery was a route where the ladies of the house could take their exercise, when the weather permitted. 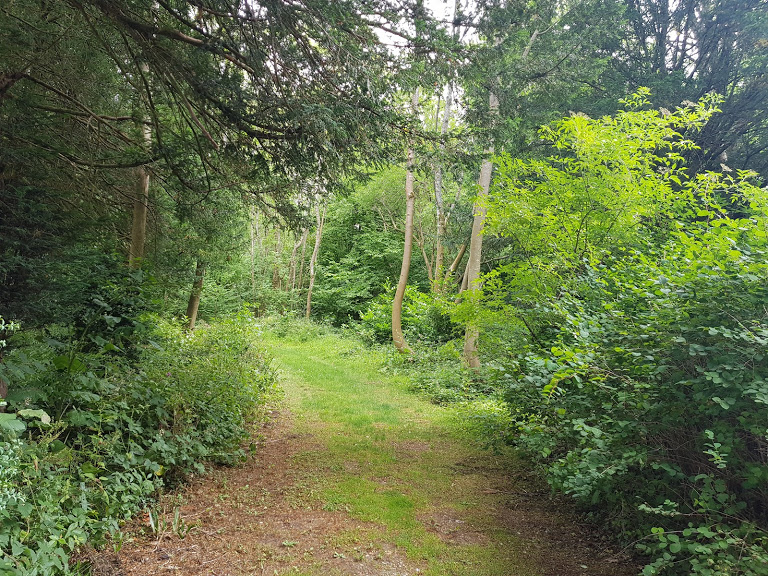 Shrubberies seem to occur often in Jane Austen's writings, as Kim Wilson discussed in her talk "Love in the Shrubbery" as part of the Chawton House Virtual Garden Festival. In fact, a shrubbery is mentioned in each of her novels. Jane Austen's characters often meet up in a shrubbery to get away from others, or to reflect in a safe space. 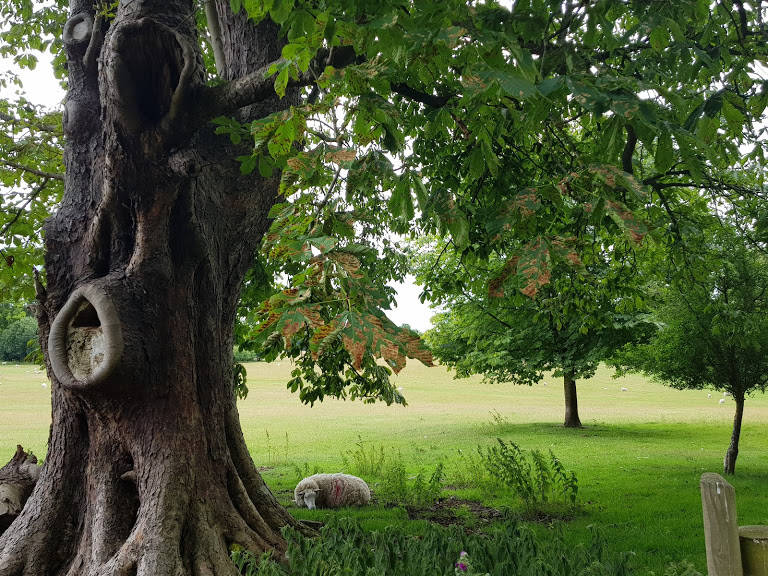 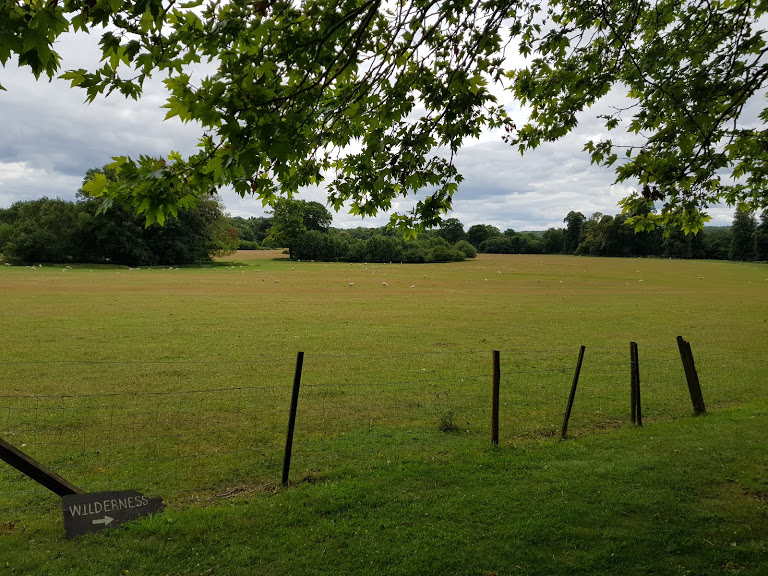 Admiring the serene fields, I then walked towards what was known as a "wilderness". 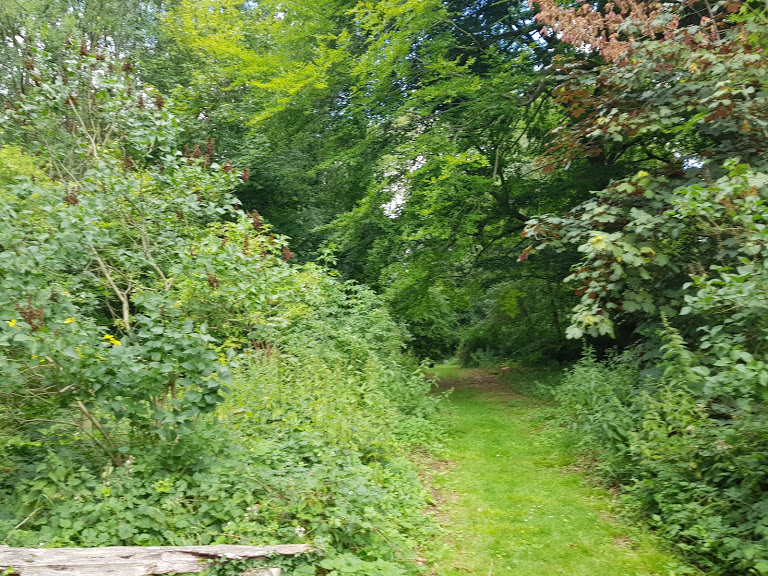 A common feature in an English Landscape garden in the 18th century, a wilderness was a wooded area that would appear natural but was actually carefully and deliberately designed. It was fashionable to have a wilderness in one's garden and there is a reference to a wilderness in Pride and Prejudice. Lady Catherine wants to find out if Elizabeth and Mr Darcy are engaged, and asks  Elizabeth, "Miss Bennet, there seemed to be a prettyish kind of a little wilderness at the side of your lawn. I should be glad to take a turn in it". 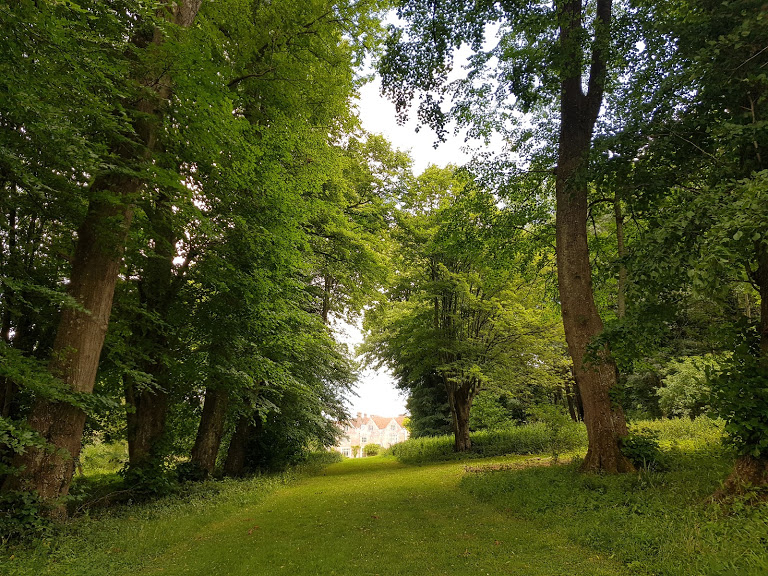 An avenue of lime trees lead me back towards Chawton House. This didn't exist at the time of Jane Austen, as it was planted by Montagu Knight. Lime trees were common, though, and in Emma, Jane describes the Donwell Abbey grounds as follows:
"It was hot; and after walking some time over the gardens in a scattered, dispersed way, scarcely any three together, they insensibly followed one another to the delicious shade of a broad short avenue of limes, which stretching beyond the garden at an equal distance from the river, seemed the finish of the pleasure grounds." 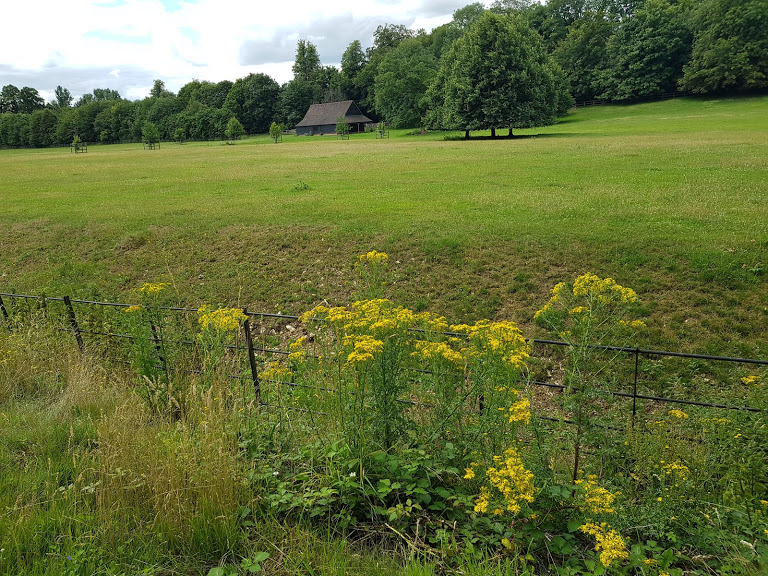 The last, but not the least important feature of the garden, was the Ha-Ha. A sunken fence, these were a typical feature of an 18th century garden, preventing the sheep or other livestock from entering the gardens and coming too close to the house. They also had some symbolic significance in Jane Austen's novels, symbolising hidden authority or the entrance into vice. In Mansfield Park, Fanny Price decides to stay back, while she watches Maria Bertram cross the ha-ha with Henry Crawford, leaving her behind. In the scene, Austen discusses the moral dilemma in a symbolic way, contrasting virtue and vice, stability and risk. 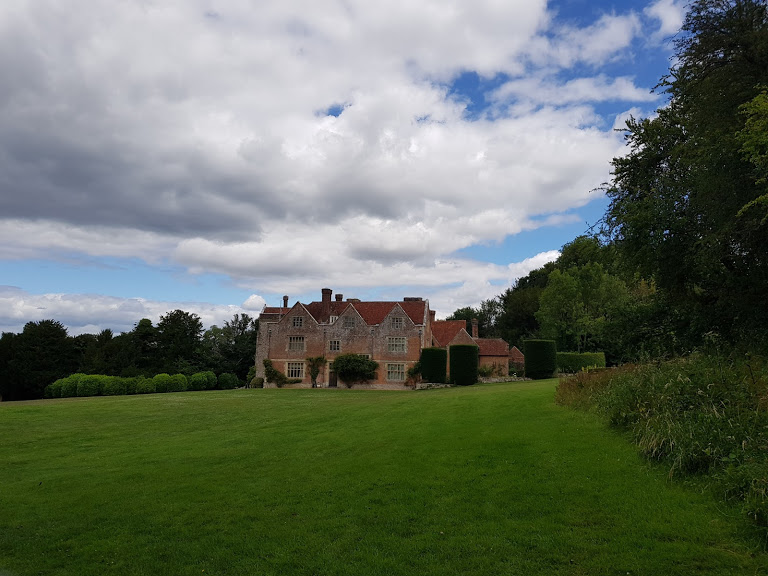 Back to the South Lawn, I thought, as Emma did as she enjoyed the beautiful grounds of Donwell Abbey, "It was a sweet view — sweet to the eye and the mind. English verdure, English culture, English comfort, seen under a sun bright, without being oppressive."

I thought I would finish this scribble with a quote from Jane Austen's letter to Cassandra that never fails to amuse me. 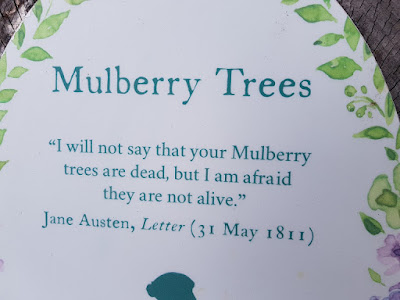