Visiting the Chutes at the Vyne 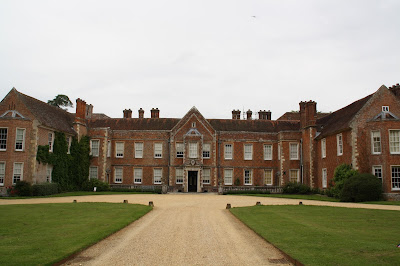 There are several impressive country houses close to where I live, and I chose to visit The Vyne, which is owned by the National Trust. The Vyne classifies as "Austen country",  being one of the manor houses well known to Jane Austen and her family, as the manor belonged to their family friends, the Chutes. 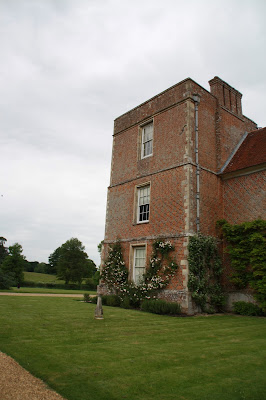 The Vyne is a medium-sized but grand manor, nestled amidst beautiful Hampshire countryside. The Vyne is situated close to Basingstoke in a village called Sherborne St John, where Jane Austen's eldest brother, James Austen, was vicar. James Austen was friends with the Chute brothers, hunting and dining with them almost every week. The Vyne is some distance from Steventon, and it must have taken a while to ride there from the Rectory. 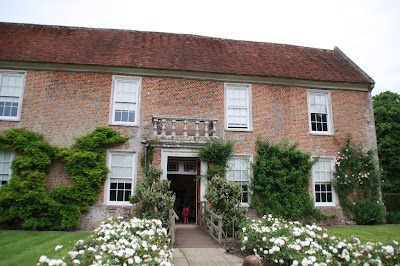 The visitor entrance (above) is on the opposite side of the estate, the main entrance facing the other side (topmost photo). The visitor entrance takes you past a brook with some beautiful flowing waterfalls, with plenty of salmon and trouts and ducks swimming in it, large weeping willows, landscaped gardens and a summer house. There is a large pond opposite the house, and some lovely greenery, old trees and woodland scattered around the estate. 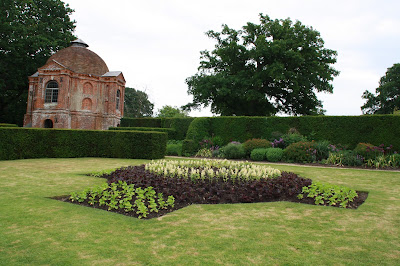 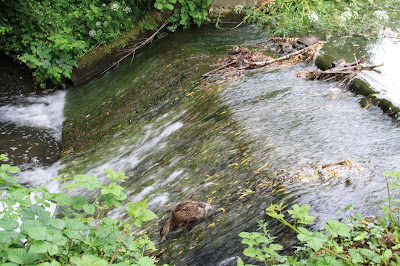 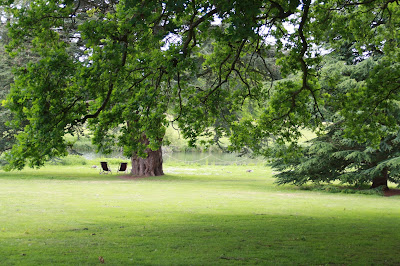 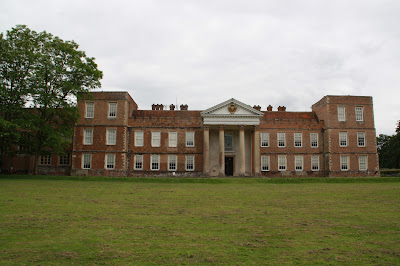 The building is a Tudor palace, dating back to the 16th Century when it was built for Lord Sandys, King Henry VIII's Lord Chamberlain. Later, in the 18th Century, the house became the home of the Chute family. The exterior does have a Georgian look to it, with its palladian porch, classical regularity and typical sash windows. 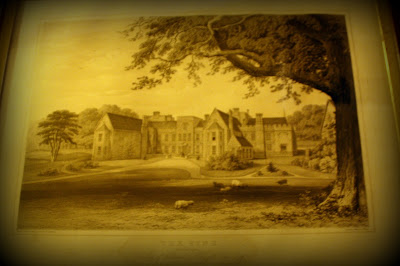 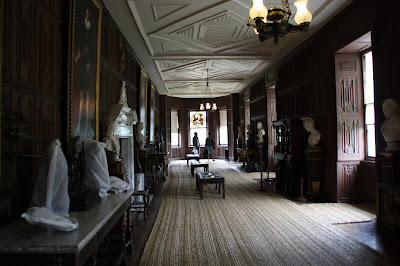 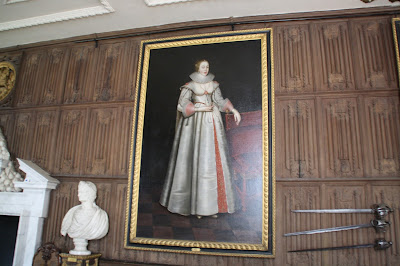 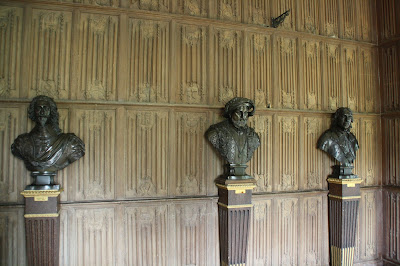 As I went in, I realised just now notable the estate must have been and how rich its history really was; in the Oak Gallery, there are several portraits and statues dating back to the Tudor times, portraying some important figures, such as Henry VIII, who, along with Elizabeth I, is known to have visited The Vyne. 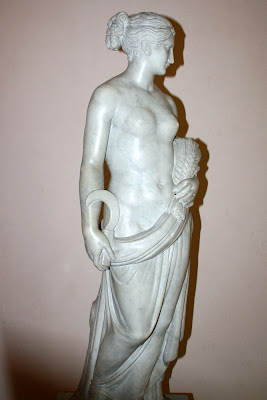 One of the many classical statues to be found in the visitor entrance lounge. 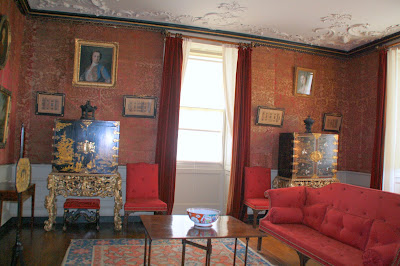 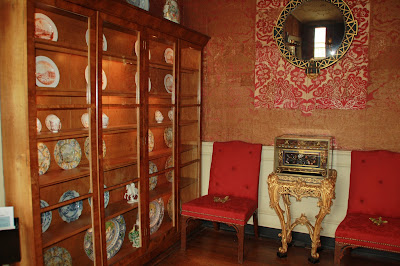 The Chutes were keen collectors of beautiful china from across the world. 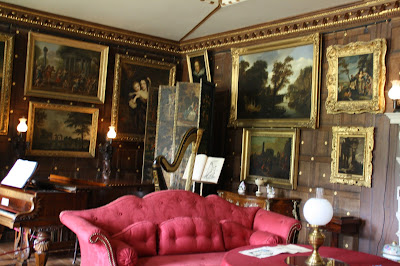 The saloon with the gilded detail served as the dining room and was later converted into a music and drawing room. 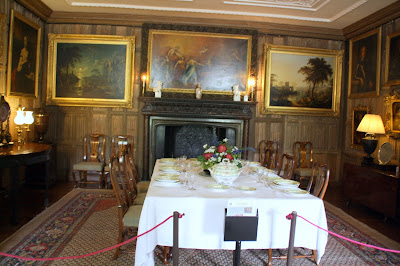 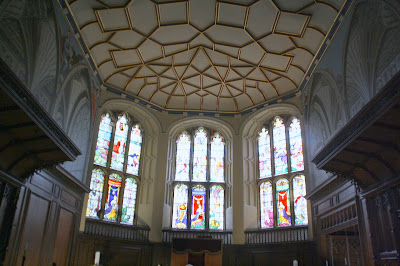 The original Tudor ante chapel which has been preserved surprisingly well. 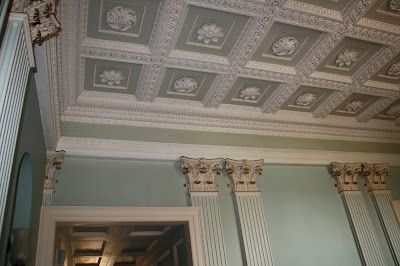 Beautiful classical detail in the ceiling and Corinthian posts on the walls. 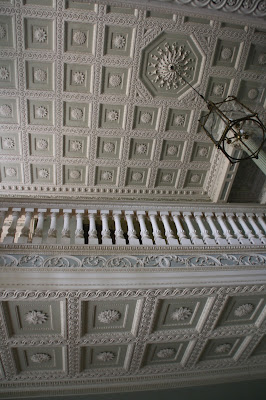 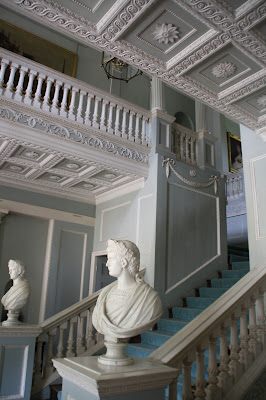 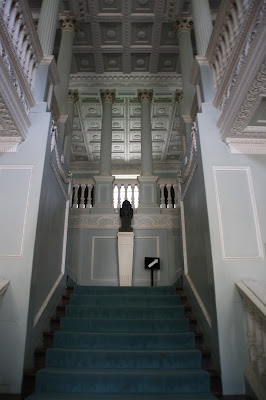 And now, to the Austen connection... 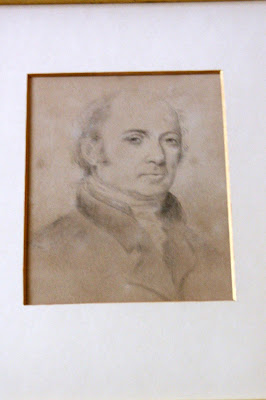 John Chute (with permission from The Vyne). 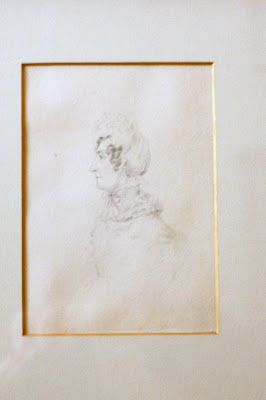 Eliza Chute (with permission from The Vyne).

William John Chute, MP for Hampshire, married Eliza Chute, the daughter of MP Joshua Chute, as he believed that she would make a good domestic wife. They were believed happily married although they never had any children of their own. Eliza was a witty, fashionable lady and found life at The Vyne dull and lonely. William spent a great deal of time hunting and travelling to London to Parliament. Eliza was a prolific writer, and wrote in a letter,

"Mr Chute... seems to think it strange that I should absent myself from him for four and twenty hours when he is at home, tho' it appears in the natural order of things that he should quit me for business or pleasure, such is the difference between husbands and wives. The latter are sort of tame animals, whom the men always expect to find at home ready to receive them: the former are lords of the creation free to go where they please." (Tomalin, p.  152). Quite an independent, feminist voice, actually! 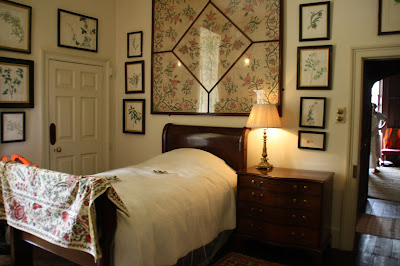 Eliza Chute was a talented artist and her beautiful watercolour botanical paintings adorn the walls of her bedroom. They complement the original bedspread, which is framed on the wall. 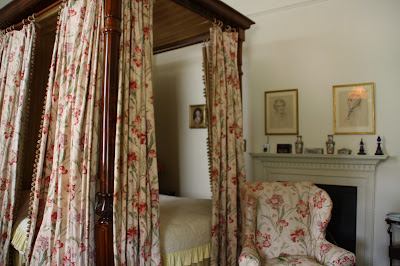 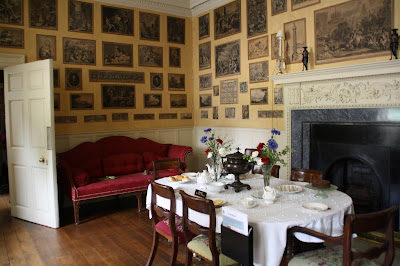 The print room was designed by Eliza Chute in 1817.

However, Jane and Cassandra didn't form a friendship with the Chutes. There appears to have been a level of mutual hostility between them, as Jane notes William's visit to Steventon in a letter in 1796, "I wonder what he means by being so civil". Later on, she mentions that they were supposed to meet the Chutes at Deane House, "They had meant to come to Steventon afterwards, but we knew a trick worth two of that" (p. 96). Biographers have speculated on the cause of the dislike, whether it be jealousy or pride.


I thoroughly enjoyed my visit to the beautiful grounds of the Vyne, and despite her less than warm feelings towards the hosts, I can imagine Jane Austen enjoying some pleasant strolls around the gorgeous, serene estate. 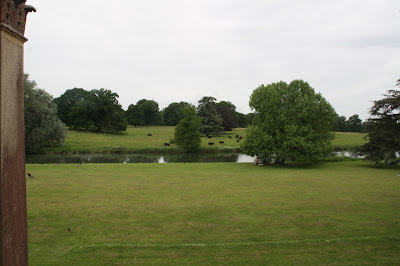