A Glimpse at Jane Austen’s Biographies

A Memoir of Jane Austen: by  James Edward Austen-Leigh 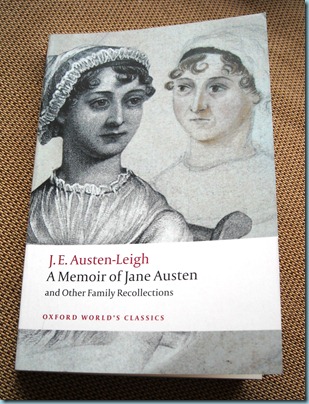 Written by Jane’s nephew, James Austen’s son James Edward, this biography is the most authentic and thorough work on her life – I have described the book in more detail in this post. In addition to the  personal recollections and reminiscences that James Edward had of his aunt, the biography contains authentic information on Jane Austen collected from relatives and descendants.

The memoir is a fascinating read, given that it was written by those who knew her well, as opposed to the other biographies written posthumously. However, we must bear in mind that the book, written in the 1860’s, does cater to Victorian sensibilities and is a somewhat sanitised version, with some interesting details of her life and personality left out, perhaps to protect the family name. 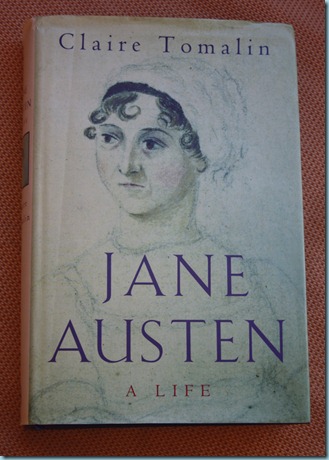 Apart from the Memoir, this is my favourite biography written on Jane Austen. Beautifully written and well-researched, Tomalin takes you on an adventure into the Georgian society. She provides delightful details into the life of the Austen family, following Jane’s life chronologically from birth to death with the movements of family and friends in mind. The book also sheds light into the community in which Jane lived, providing interesting bits of information on her neighbours and the scandals that affected them.

I find Tomalin’s description of Jane’s childhood particularly fascinating. I also like the psychological analysis of Jane’s character based upon her life experiences, written from a female point of view. Tomalin discusses how various major life changes and events must have affected Jane’s character and choices in life, such as being taken away from her parents in her infancy to be nursed in the village, having to move out of her beloved Hampshire to go to Bath, and the loss of sister-in-law after sister-in-law to childbirth. While the biography does analyse Jane’s character in detail, Tomalin does not make too many liberal assumptions beyond the obvious. 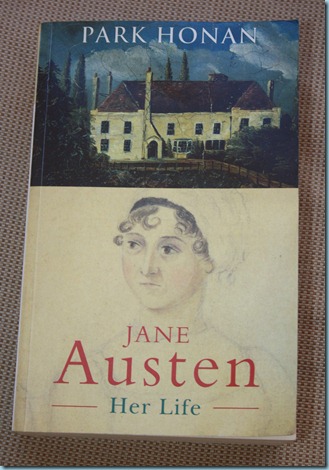 As opposed to Tomalin’s work, Honan’s biography is a masculine take on the life of Jane Austen. He begins the life story by describing her brother, Frank’s introduction into the navy, which to me, does not create interest in her life in particular. Writing from a man’s perspective, Honan points out that Jane’s brothers had a huge influence on her writing career.  While I agree that having several brothers must have increased her world view a great deal, hers was strictly a woman’s life and she must have learnt as much from reading books and from observing the community around her.

Honan carefully unveils the historical context and the environment in which Jane Austen lived, providing a great deal of historical detail. However, I can’t help but feel that he spends too much time discussing Nelson, for example, rather than focussing on Jane Austen’s quiet life back in the village.

With his careful study of family correspondence and other archives, Honan does make interesting speculations about where Jane Austen must have drawn her ideas and inspirations for the novels, providing names of people and places that Jane Austen must have come across in her lifetime. He is, perhaps, slightly too liberal with these assumptions in places, considering that Henry Austen points out on his Biographical Notice in the Memoir– “she drew from nature…never from individuals” (p.141). On the one hand, Honan is highly biased in his preface, claiming that other biographers have “misinterpreted” data, while on the other hand, he tends to be fairly liberal with his own conclusions. 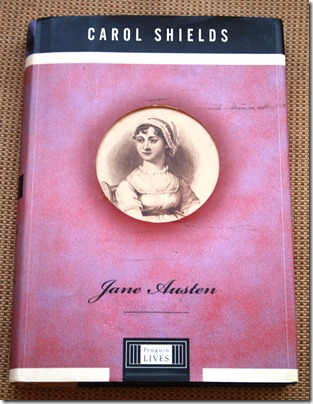 While the biography lacks detail, it is a beautiful account on Jane’s character and personality and an interesting viewpoint into how she created her art. Written from an author’s perspective, this is an interesting, philosophical work with many poignant thoughts and observations. 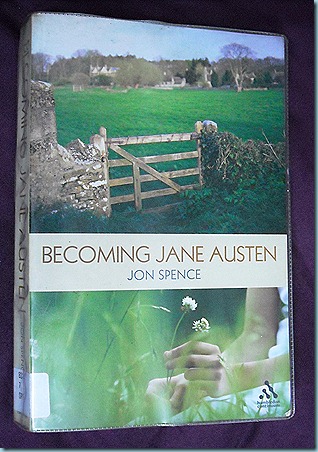 This light and entertaining work on the life of Jane Austen focuses on Jane’s presumed love affair with Tom Lefroy and acted as an inspiration for the film “Becoming Jane”. Catering to the romantically minded, the book takes liberties in drawing conclusions about Jane’s personal relationships with less caution than most of the other biographies. Like Honan, Spence claims that many of the characters in Jane Austen’s novels are inspired by real people, such as Jane’s brother Henry and her cousin Eliza, who are described as having a passionate relationship from their teens. While the book is certainly more entertaining than the average biography, it is probably less based on facts and more on the personal opinions of the author. 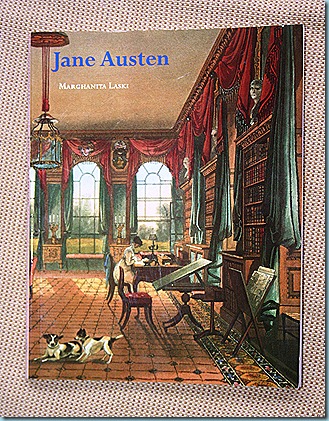 This short biography is a compact account of Jane Austen’s life. Dotted with delightful  illustrations on each page, the biography makes an interesting read. The biography is, however, very factual with little analysis beneath the surface, adding little to the other established works written on Jane Austen’s life.  Having been written in the 1970’s, some of the information in the book can now also be considered outdated. 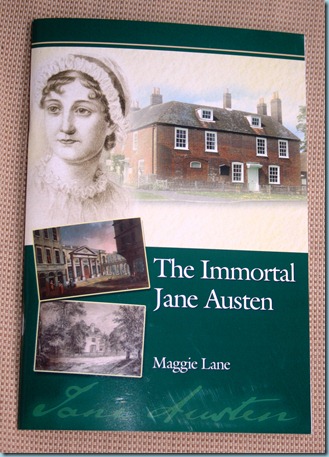 I bought this booklet at the Jane Austen Centre in Bath. This is a beautifully written brief introduction to the life of Jane Austen. Like Laski’s book, it delights us with plenty of illustrations, but it is written in a more modern style. The style is light and flows as if narrating a documentary. Catering to the lay person, the booklet explains the society of the time, which helps make it more accessible to a person with no background knowledge on Jane Austen and her times.

Have you read any of these?

Which biography do you think best represents Jane’s life and personality?

Are there any other biographies that you would recommend reading?

Email ThisBlogThis!Share to TwitterShare to FacebookShare to Pinterest
Labels: Biographies